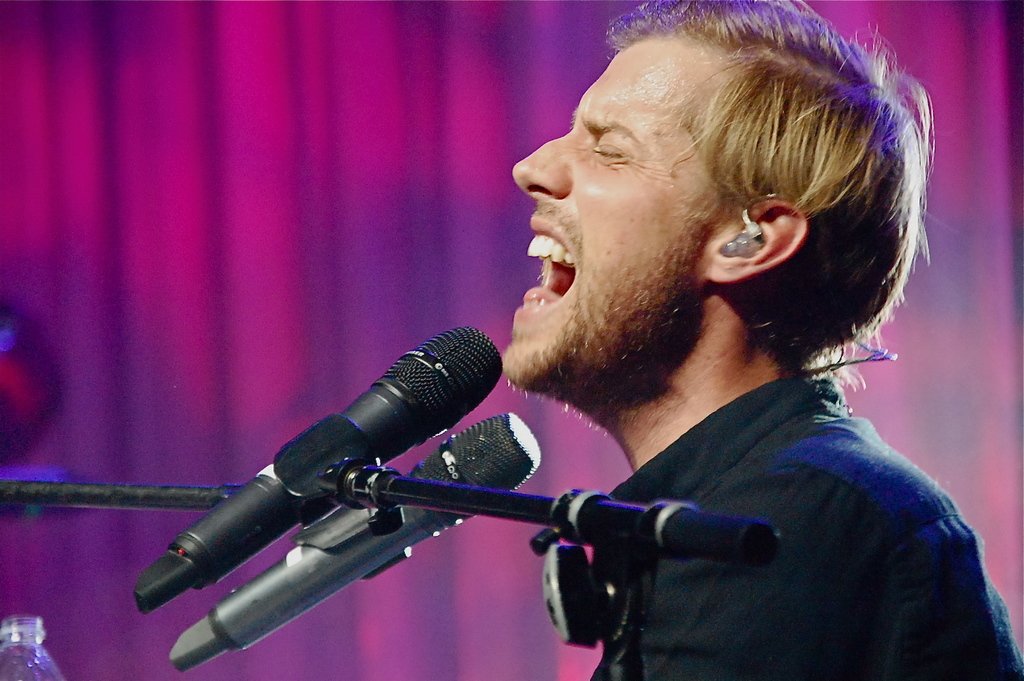 Andrew McMahon Shares His Wilderness with Us

It’s no secret that Andrew McMahon’s fans have grown up with him. They sat in their bedrooms surrounded by teenage angst and Something Corporate ballads. They  evolved through Jack’s Mannequin’s transitional sound. And they fought with McMahon through a harrowing experience when the talented young frontman was diagnosed with Leukemia. Each stage of McMahon’s life, his fans saw it through. We used his poignant lyrics to tell our own stories of love, life and heartbreak, of adventures and mistakes. He was with us in our worst times and let us see his darkest hours within his anthology of music. 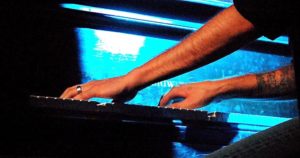 It was apparent at the Summit Music Hall last Saturday that McMahon’s fans may have grown up, but they sure didn’t grow apart. Barely audible against the word-for-word sing-alongs, McMahon toured us through his (and our) adolescence, but was sure to keep us present in the moment. A gracious McMahon stopped to tell a few accounts of the inception of songs, but never let the reality seep too deeply into the night, rather he allowed the music to do what its always done—speak in words that can’t be spoken.

As a writer, I appreciate lyrics. I understand the darkness it sometimes takes to find the right words and I’m a firm believer that the best writers just write what they know. And that’s something McMahon mastered at a very young age. And Saturday night, he opened to shrill squeals from fanboys and fangirls alike who all know and love those lyrics. Before he started someone shouted, Play ‘Cecilia and The Satellite,’ the song McMahon had written for his newborn baby girl.

We’ll get to that, he smiled.

His fans know his daughter. She means something to them. That’s a beautiful thing. After opening with a from his new project Andrew McMahon in the Wilderness titled “Canyon Moon,“ McMahon launched into “Watch the Sky,” a Something Corporate fan favorite.

McMahon didn’t waver through his entire performance, channeling this new stage in his life as Andrew McMahon in the Wilderness to communicate a new era in his music, a poppier take on his rock music, that might never be mainstream, and that’s the way we like it. Something about the energy of the crowd gave even more life to McMahon’s lyrics, which have such a stark honesty that it’s difficult to pull yourself out of the story. Somehow his stories become yours without meaning to take them.

“My wife is the greatest. This next song came about during the time when she was pregnant and she knew I was having a hard time writing these songs at home so she told me to just go, hole up somewhere and write. And that’s what I did.”

He dexterously sought the beginning keys to “See Her on the Weekend” and then transitioned to “High Dive” from his newest album, followed by Something Corporate’s “Me and The Moon” and “My Racing Thoughts” by Jack’s Mannequin. He continued into an acoustic arrangement of “The Mixed Tape” which sent universal shivers through the spines of every crowd member present. On his piano was a sole sticker reading “Make Marijuana Legal.” I briefly wondered if he’d stuck that on before the show, but something about the weathered face of the sticker made me think otherwise.

As if he read my mind, McMahon called attention to the sticker, saying that he had stuck it on years ago. Then he dove into an account of the song “Holiday from Real” in which he chronicled buying eighths from lesbians in Venice. Much to my bliss, he attested to the true existence of the fabled lesbians. ‘The lesbians are real!’ I exclaimed to a friend. One way or another that was my favorite revelation of the night.

Denver, you’ve been my favorite night so far on this tour. Really though.

And maybe he says that to every crowd of people, but we’d all like to believe that somehow the collective energy in that room, tearing through the rafters and looping between heated bodies breathed new life into everything that mattered. Maybe one day McMahon’s meaningful lyrics will echo through the ‘Halls’ of shopping malls and restaurants, or perhaps it’s just enough to send his words into space like the verses of an astronaut who’s traversed time and freed his captive thoughts.