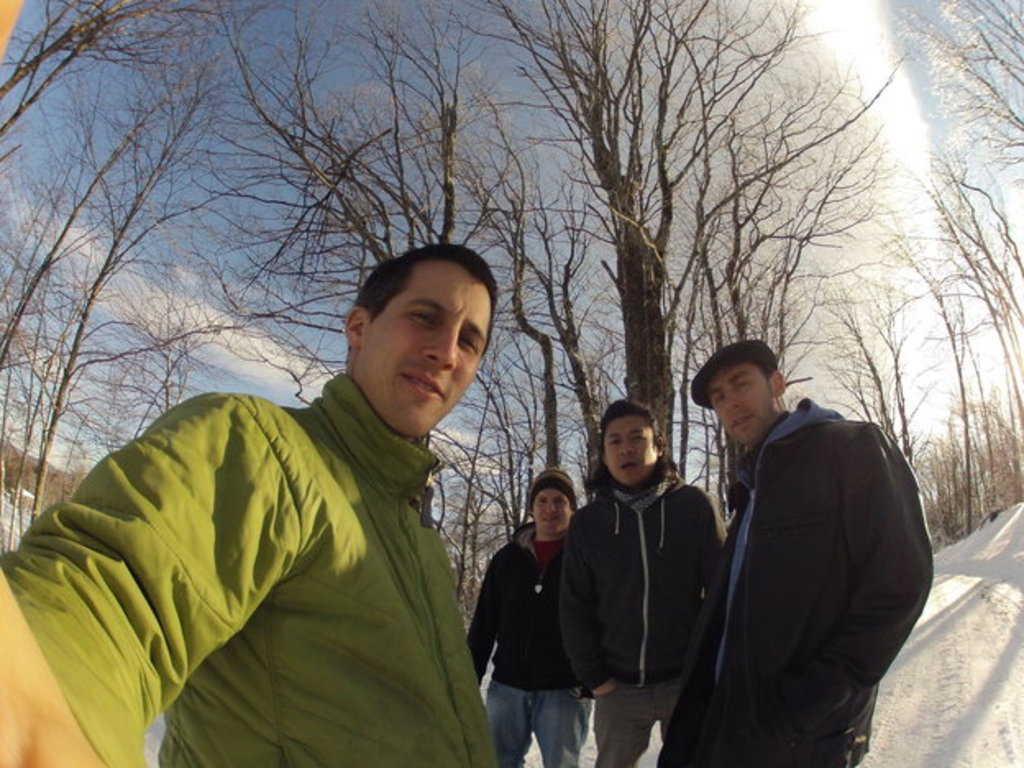 Hailing from a small garage-like studio in snowy Vermont comes Zammuto, the indie-rock band that could. After parting from his last project, the Books in 2011, artist, Nick Zammuto, is back and better than ever with his newest album, Anchor, just released on September 2, 2014. Created by Nick, Zammuto was formed with the intention of bringing a live-rock feel to each performance. Man, did they succeed with this goal at the Lost Lake Lounge on Friday night! 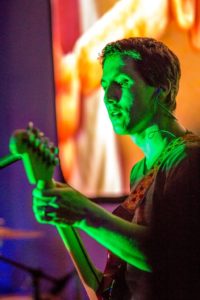 With a background in science, Nick strives to find the synergies within his music. His musical demeanor is that of a mad scientist, always seeking connections between the elements of music as if it’s his own personal experiment. “I don’t like repeating myself. I like being in the moment,” remarked Nick as he spoke with 303 before the performance. He went on to explain how the new album, ‘Anchor’ differs from his self-titled 2012 album, ‘Zammuto’ because it “has more heart” and provides a “feeling of stillness” in which the listener can reflect on each moment in the song. As for inspiration, Nick explained, “I don’t have time for inspiration,” as there is no difference between his art and day-to-day life. Music is quite literally life for this artist, which showed as the performance began.

Zammuto kicked off the night with ‘Good Graces,’ a track off the newest album. This ethereal tune crescendoed to a steady drum beat followed by vocals and a solid bassline. This ripple-like effect was juxtaposed with a video element of tennis balls and rackets being tossed into a lake–very apropos for the vibe of the song. The entire performance included a video element as well, using different images and recordings for each song to intensify the dynamics within each tune. Nick explained how he tries to incorporate synesthesia into his live music, using both his musical skill as well as his visual-artistic ability to provide the audience with one hell of a unique sensation.

Next up was the jumpy tune of ‘Need Some Sun,’ generating a liveliness within the audience as some even gradually head-banged while moving their bodies to the beat. The electric guitar carried a strong melody, often sustained to sound violin-like. After this song, the audience was definitely craving more as Nick asked, “How many votes for louder?” Needless to say, the answer was a unanimous ‘yes.’ 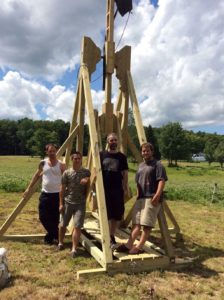 Songs such as ‘Hegemony,’ ‘Sinker,’ and ‘Great Equator’ were then jammed out off the new album. ‘Code Breaker,’ another song off the new album, held onto a strong synth feel followed by a rapid electric guitar–the combination was killer. The bass added an extra layer as the band rocked out. Then, syncopation, changing the meter and keeping the audience on their toes. The audience closed their eyes as they swayed from side-to-side, listening to the fully instrumental beat. The song rapidly grew stronger and faster, creating a sense of urgency until the very end. The code seemed to be broken. Ergo, Code Breaker was an experience in itself.

A smooth segue into the next song was formed by one of the band’s most popular songs, ‘Yay.’ Before beginning the performance, Nick asked the audience, “Does anyone suffer from severe, chronic back pain? This song’s for you.” As the song started, a video was played in harmony with the music, portraying various people holding their backs in pain. This humorous display was accompanied by louder sounds, simulating actual back aches. The contrast of hard-hitting beats and quiet moments created the perfect synesthesia Nick had mentioned to be present within his performance. Other comical songs included tracks like ‘Zebra Butt,’ as actual zebra butts were displayed on the screen. Everyone loved the butt of the joke. No? Moving on. 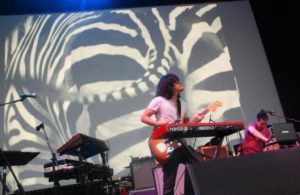 Each member brought their own style to the group. Nick’s focus was unmatched as he used the synth to lead the audience through both an aural and visual experience. His voice, often technologically altered, lended itself to the already voluminous band as one Nick Zammuto began to sound like various singers, performing in harmony. Drummer, Sean Dixon, rocked out a variety of sweet beats as he seamlessly kept the tempo moving for the band. Bassist, Mikey Zammuto, Nick’s brother, became lost in the music while he hypnotically moved to the mesmerizing resonances. Nicholas Oddy proved to be a champ on the electric guitar, rapidly mastering every melody, solo, and technique in each song.

Zammuto’s scientific approach to music is not only successfully appealing, but refreshing, as they show that technology and the acoustic element can harmoniously thrive within the performance environment. These guys bring intellectualism back to music, creating a unique, kick-ass sound. Check out some of their songs below and on their website!