St. Vincent crowd surfs, drinks champagne, and admires David Byrne’s signature style. She thrashes about on stage with her curly, silver Beetlejuice hair sticking straight out and her intense, blue shadowed eyes penetrating the crowd while she shreds shamelessly on her guitar. Annie Clark’s cryptic hand motions during her live shows coincide with her electro-pop melodies, a sort of dreamy rock star meets rag doll miming that keeps the audience captivated throughout her performance. 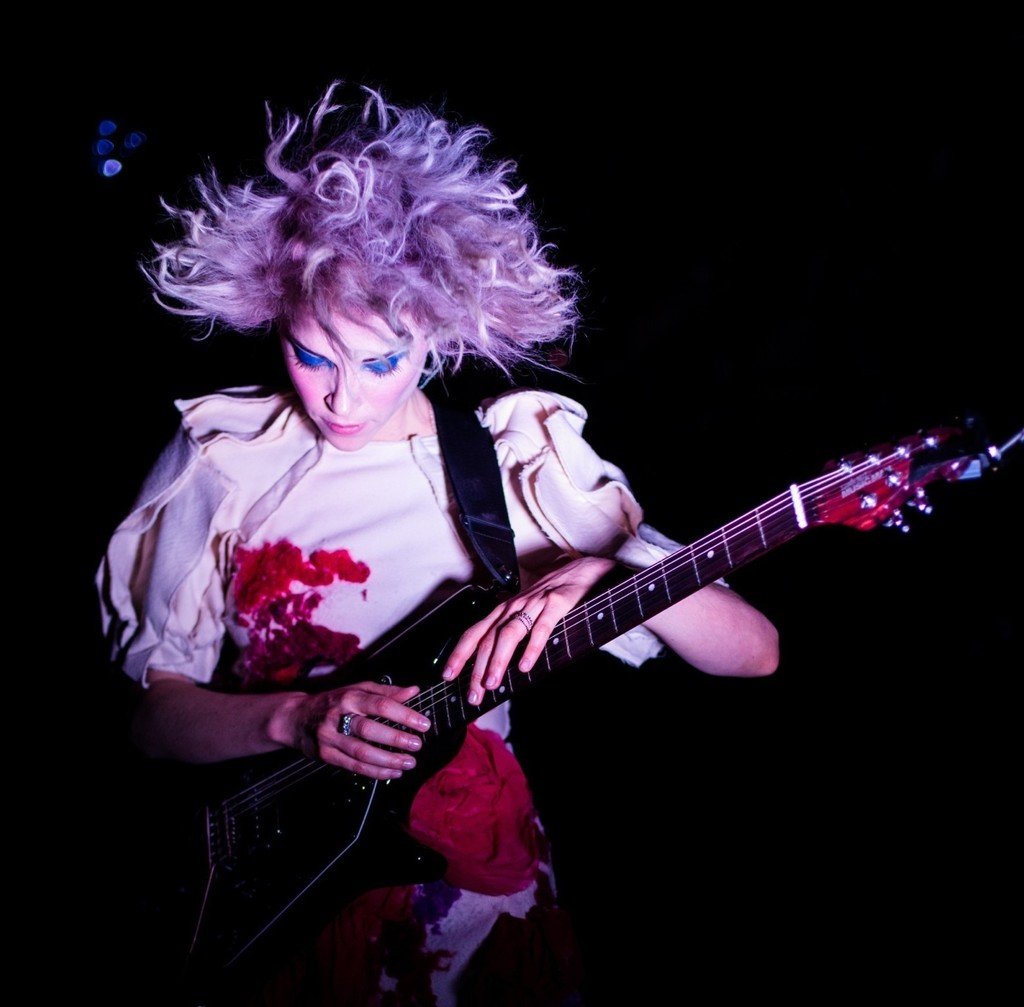 Between songs, she’ll patiently take the time to acknowledge the crowd on a personal level, chirping some random words of wisdom or whimsical (made up?) memory before carrying on with another track (she claims Birth in Reverse is her favorite single off of St. Vincent, because it reminds her of a B-52’s song). She boasts emotion and empathy and human nature in her work, as stated in an interview with NPR. She finds inspiration in her tripped out Ambien dreams. She walks naked in the desert.

The cover art on her most recent, self-titled album is supposed to showcase St. Vincent as a futuristic cult leader on a throne, inspired by The Holy Mountain (1973), a scandalous and bizarre movie about a shaman that also features dwarfs, lizards, and a theme of general madness.

She’s a little eccentric, to say the least. And this weekend, she’s in Denver.

This Saturday, September 6, the Denver Botanic Gardens on York Street presents the final show of their Summer Concert Series: St. Vincent, with opener Mini Mansions. The doors open at 6pm and the music begins at 7pm, with tickets ranging from about $54-59.00. 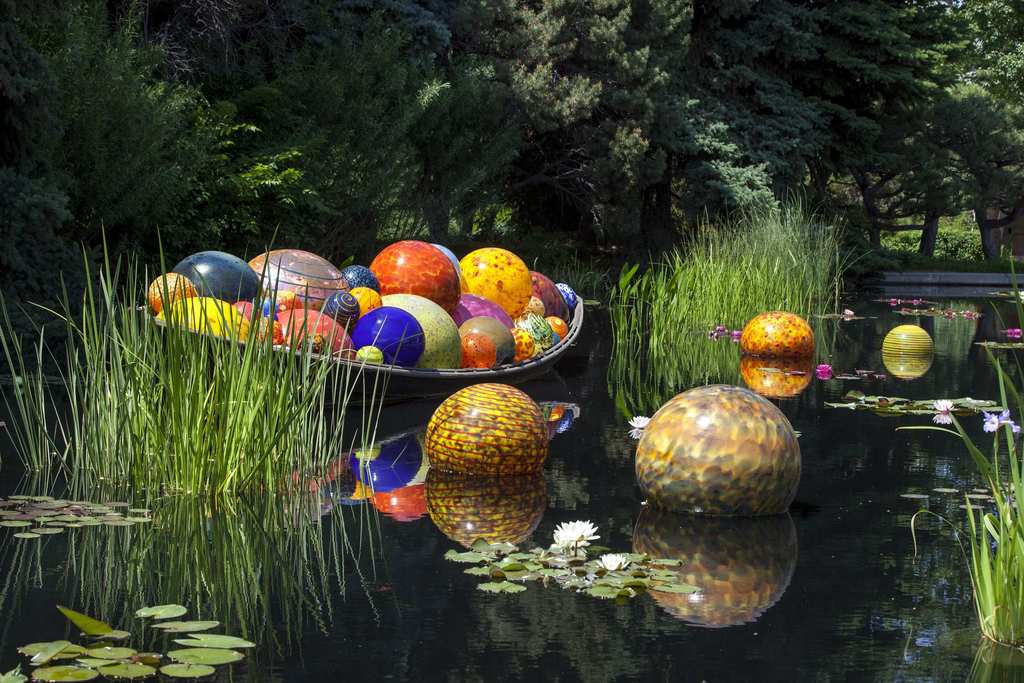 But the best part? Not only will you fall in love with St. Vincent in all of her peculiar glory, but you get to experience the magic surrounded by Chihuly’s curious world of glass. The ongoing Chihuly exhibit at the Denver Botanic Gardens turns them into an Alice in Wonderland world of delight. Nestled in between the flowers and floating in the ponds are brightly colored and impossibly organic looking glass balls and spirals and ornaments and- well, I won’t ruin the surprise. But I do hear that they’re even more impressive at nighttime, all lit up.

Kiss summer goodbye with St. Vincent and Chihuly this weekend. She’ll provide the tunes and he’ll provide the aesthetics. With their forces combined, we’re in for a weird and wonderful evening.