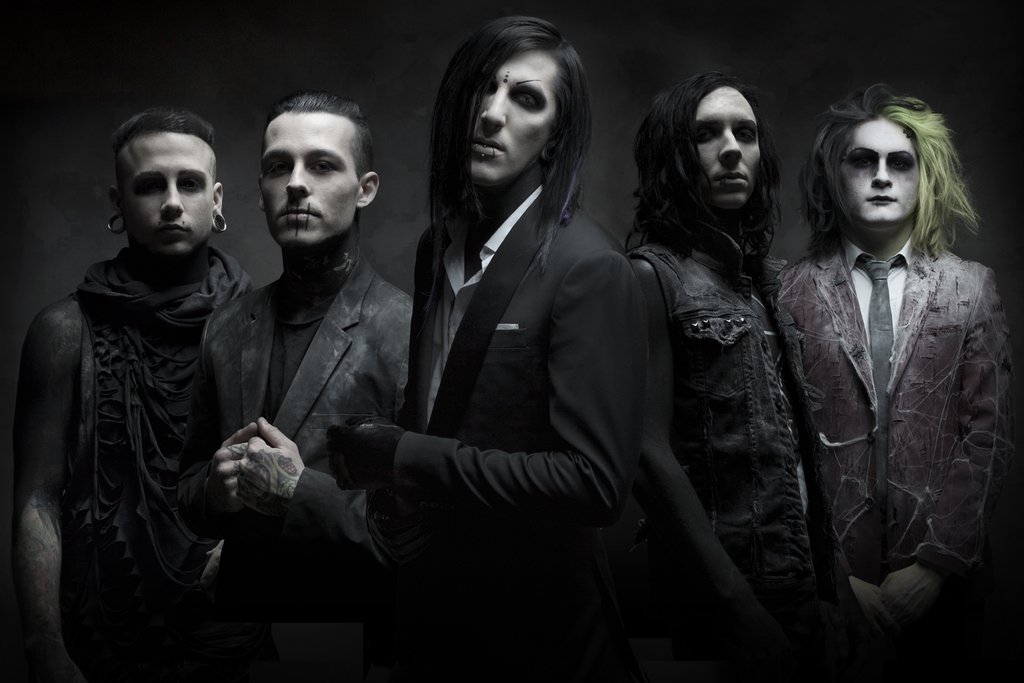 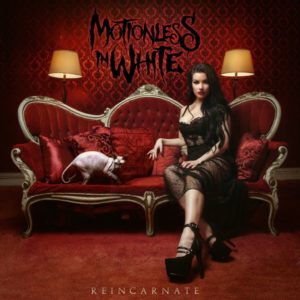 The transformation of a band, stylistically and musically, usually spans an entire discography — the debut record often varying greatly in sound from the band’s final release. Motionless In White took a more subtle, implicit approach, altering both their sound and style, and much of their goth-ish appearance, with the release of 2012’s Infamous. The abandonment of the sound that their fanbase was once built upon (The Whorror EP / When Love Met Destruction) saw droning breakdowns exchanged for baleful undertones, pursuing a sound that had always been buried deep below their funereal metalcore veil. (A sound we’ve been waiting for since the 1990s goth/industrial/hard rock phase long-ended.)

Reincarnate is more a sophomore release — following Infamous — continuing the succession (progression) in sound from their early days in the scene (Creatures). The eerie synth ambiance and haunting vocal leads that had Motionless In White drawing comparisons and likenesses to artists like Marilyn Manson and Rob Zombie ensue on Reincarnate.

The title track (“Reincarnate”) ignites the band’s passion for industrial metal, as rising choruses and steel-pounding guitar tones accompany the sinister synth melodies that bounce in and out. “Puppets 3 (The Grand Finale) (Feat. Dani Filth)” is the band’s spirited effort at truly touching thrash black metal — employing Cradle of Filth’s own doesn’t hurt in its own right.

While, “Contemptress (Feat. Maria Brink)” features the bands softer, more vulnerable side, proving that the apparent cold, black heart of Motionless In White’s frontman (Chris Motionless) still beats in the same fashion. Maria Brink, of In This Moment, with the alluring, sweet sound of a moonlighting siren, provides the perfect dichotomy of dark and dark-er, pushing Motionless In White to new heights.

Near the close of the record, “Wasp” adds yet another layer of depth to Reincarnate‘s arsenal of genres, as a touch of melancholic piano intertwined with a pumping synthetic bass — a sound ideal for the Resident Evil Soundtrack — builds into a seven-plus minute soliloquy. Well-built albums always utilize a vast array of elements, and this record is no different.

And it’s not unlike Motionless In White to incorporate so many genres, as their influences play an immediate part (The Misfits come straight to mind), but with Reincarnate they seemed to have simply expounded upon the overall theme of Infamous — which isn’t necessarily a bad thing. Once they fully realize their own devastating potential as individual musicians, and wholly as a band (given the lineup stays consistent), their own Walk Among Us (The Misfits), their own Mechanical Animals (Marilyn Manson), their own Hellbilly Deluxe (Rob Zombie), will come to fruition.

If their lineup of musicians can remain stable and consistent for their next record, expect to finally understand who and what Motionless In White are … As for now, Reincarnate is a solid expansion on the industrial, black metal roots that have grown into the black, coursing veins of the ominous Scranton, PA five-piece, as Infamous so finely debuted. But it’s merely a stepping stone, a learning process essentially, before the real terror begins.