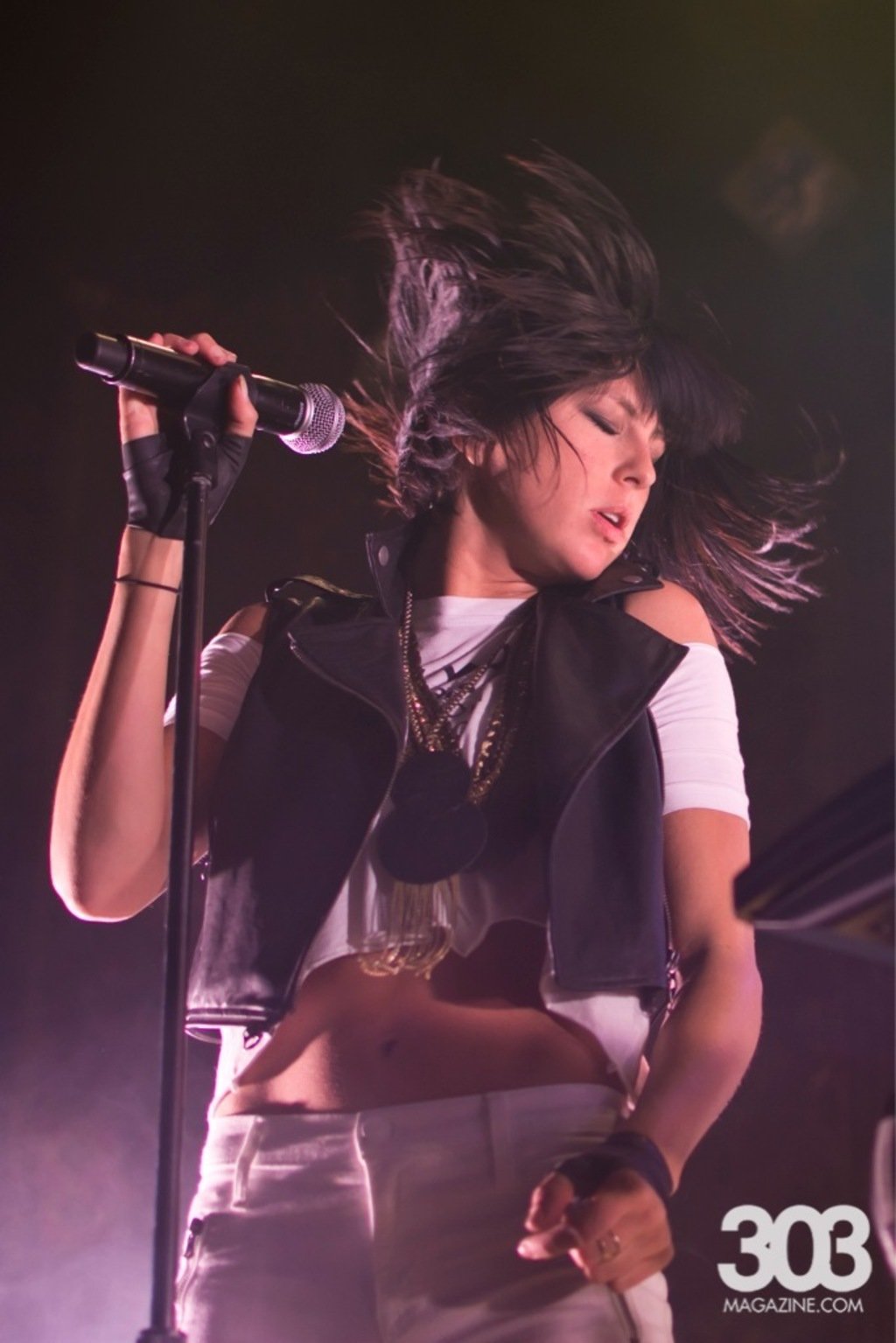 The Get-Down: Denver Concerts This Week

As usual, this week in the Denver music scene is bursting with talented artists hitting stages all around the Mile High City. We’ve got a little bit of everything this week, including indie electronic super duos, weed-fused hip-hop events, rock legends and pop princesses for your ears. Each week 303 Magazine’s Get-Down brings you our picks for weekly concerts and events. Check it out!

Captivating and sexy are just two words to describe Phantogram live. Sarah Barthel’s mesmerizing stage presence, backed by a firm supporting role and the darker vocals of Josh Carter is the stuff of magic. The two charge their vocal talents with wriggling synths and moodier bass breaks. Barthel and Carter met in middle school and their strong friendship is evident throughout their jarring musical releases. The darker electro-pop resonates with fans and Phantogram has built a massive base of adoring supporters since their first release back in 2009, Eyelid Movies. Since then, the duo has collaborated with hip-hop legend, Big Boi, played festivals across the world, appeared on late-night talk shows and built an impressive catalog of fresh, resilient music. They play Ogden Theatre tonight, so beat your Monday blues with an amazing performance.

One of  the world’s favorite pop princesses is gracing Denver with her presence this Tuesday at the Pepsi Center. Katy Perry fans will be sure to line up in their sparkles and brightly-colored spandex attire to hear the vocal stylings of one of the more talented pop-stars around today. Perry’s set designs are always something of an architectural and technological marvel, so if dad somehow got stuck bringing the girls and their friends along to this glitter-stained pop fest, even he may be quite taken with the mechanics of Perry’s performance.

Roots-rock legend Tom Petty is headlining Red Rocks for a three-night run this week. After the rocker’s Tuesday and Wednesday shows sold out, he added a third show this Friday to appease fans chomping at the bit to see Petty light up the rocks with hits like “American Girl,” “Free Falling,” “Runnin’ Down a Dream” and “Mary Jane’s Last Dance,” among countless others. So sit back, ‘roll another joint’ and let the crooning sensations of Tom Petty and the Heartbreakers course through your classic-rock-loving earholes. Get there early and catch opener and fellow rock legend Steve Winwood set the stage for three amazing nights of really great music.

Capital Cities are an electro-pop group out of California. Their sound is fresh and fun, incorporating synths and vocals with brass, percussion and guitar sounds. Their hit “Safe and Sound” was a summer staple for many last year and since then, the band has been making significant strides on pop charts everywhere. Their full-length album, A Tidal Wave of Mystery, showcases the group’s pipes, instrumental prowess and their fun-loving approach to making music.

October is ushered in with a real treat of a show  at Larimer Lounge. Earth are an odd and spacy doom band taking their name from the original moniker of doom and metal legends Black Sabbath. They hail from Olympia, Washington and incorporate bluesy Americana elements into their blend of metal. King Dude is a country and folk singer who takes his cues from  the world of metal, writing about Satan and sadness. The show starts at 9pm and is $14, and promises to be the perfect way to get into the spirit of fall. 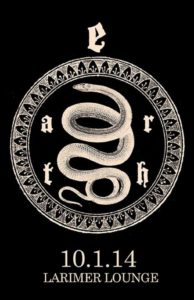 Four different and delicious breweries, Trve, Three Floyds, Surly, and Real Ale, present a metal show for the ages this Thursday at Summit Music Hall. Eyehategod are a well-known southern metal band from New Orleans, who have survived years of addiction and line-up switches to play for you in Denver this week. They will be joined by epic metalers Valient Thorr, and locals Primitive Man, Call of the Void, Khemmis, and Abrams. The show is $15 and starts at 6:00 PM.

After a decade of making pop-friendly, post-punk rock music, British band The Kooks have returned with a new album and a graduated sound. The band’s newest release, Listen, incorporates stronger dance and electronic influences without taking away much of the band’s nostalgic, feel-good sensation. The Kooks play Ogden Theatre on Thursday and will be sure to have fans on their feet, belting out lyrics and tapping their toes erratically.

Ever wondered what a “cannabis music carnival” would look, sound and smell like? Well, this weekend Denver residents have their chance to check it out. The creators of the Gypsy Jane Fest are combining a love for cannabis with hip-hop music (really though, who doesn’t?) to create something weed aficionados can nod their heads to. Friday night features artists Tyga, Travis Porter, DJ Fingaz and more. Snoop Dogg, Warren G, Too Short, E-40 and more are heading up Saturday. Check it out and don’t forget ya fire.

This Friday, one of the catchiest heavy rock bands with an equally catchy name is coming to the Marquis in Denver, joined by psychedelic counterparts Danava. UAD hail from England and play doomy psych rock that is as good for headbanging as it is for dancing. With album titles like Mind Control and Bloodlust, you know you’re in for a good time. The show is $15 and starts at 8:00 PM. Don’t miss out!

Former Led Zeppelin frontman is back with his new band The Sensational Space Shifters belting out Zeppelin hits as well as their original, bluesier material. While some argue that Plant’s lost the sheen that makes his “babes” and “heys” so piercing and resonating, the man’s unwavering stage presence at the ripe age of 66 is something to witness. Plant has zig-zagged through his impressive career post-Zeppelin, dabbling in everything from soul and blues to folk-rock duets. Today he continues to push boundaries and test the limits of different genres.