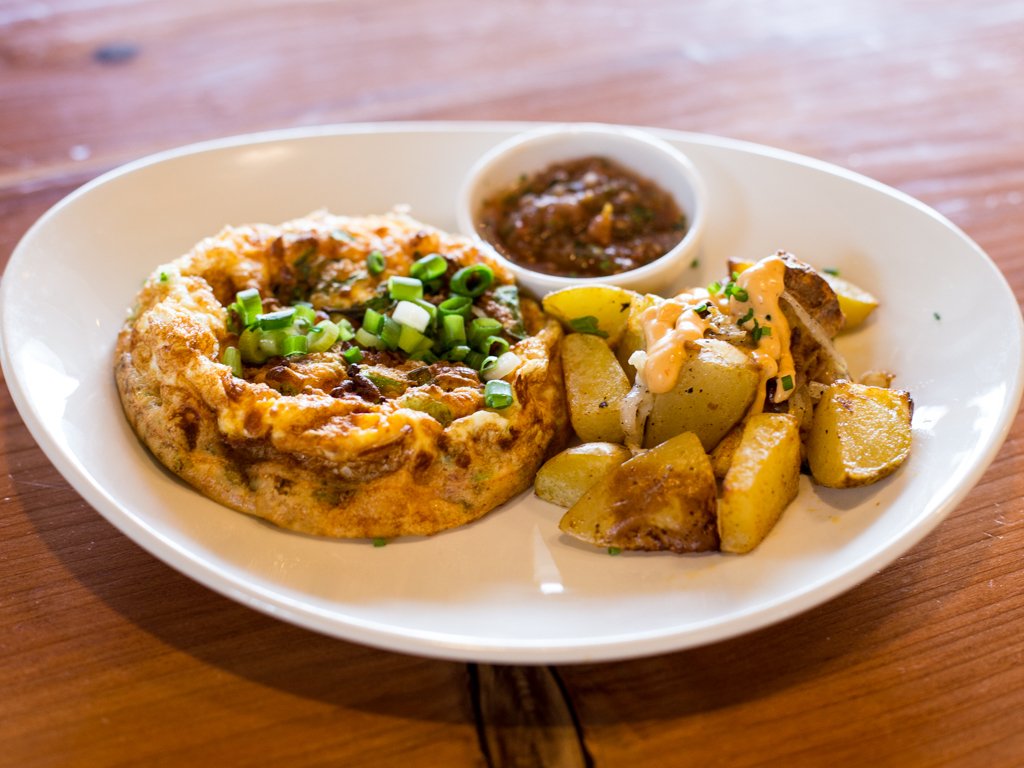 Pros: Lyfe Kitchen offers diners a new experience in casual dining. Lyfe emphasizes the customer experience and culinary aspect over fast food dining. At lyfe they believe that casual dining does not need to compromise on either health or taste. With delicious healthy options Lyfe Kitchen is the healthy alternative to a casual meal out.

Cons: As of now Lyfe Kitchen is quite the trek for Denver locals. If you aren’t headed out to Park Meadows any time soon it might be easier to wait for the new Boulder location opening October 15th.

As a city Denver is definitely not new to the health food scene. With year round sports and activities, the emphasis in Denver is on a healthy, active and environmentally conscious lifestyle. Enter Lyfe Kitchen, a hybrid of delicious fine dining in a casual cafe setting with a mission to keep things local, organic and sustainably sourced. Sound like a Denverite haven? I thought so too.

On a Sunday Morning I sat down with Dj Mitchell of Lyfe Kitchen to discover how exactly they were shaking up casual dining. Dj explained, ” Lyfe Kitchen began as an alternative to fast food dining in America. One of the founders Mike Roberts began his career as CEO of McDonalds Global, he’s the one responsible for the apples in the Happy Meals.” Ultimately, Roberts saw the future of fast food going in a different direction, “at Lyfe we focus more on the culinary aspect.” Roberts teamed up with celebrity chefs Art Smith and Tal Ronnen to create a menu that would help diners embrace a healthier lifestyle. Three menus were created, a vegan, gluten free, and an “everything” menu proving that Lyfe kitchen is an all inclusive establishment.

Lyfe Kitchen gives diners the allusion of fine dining but with a casual price. 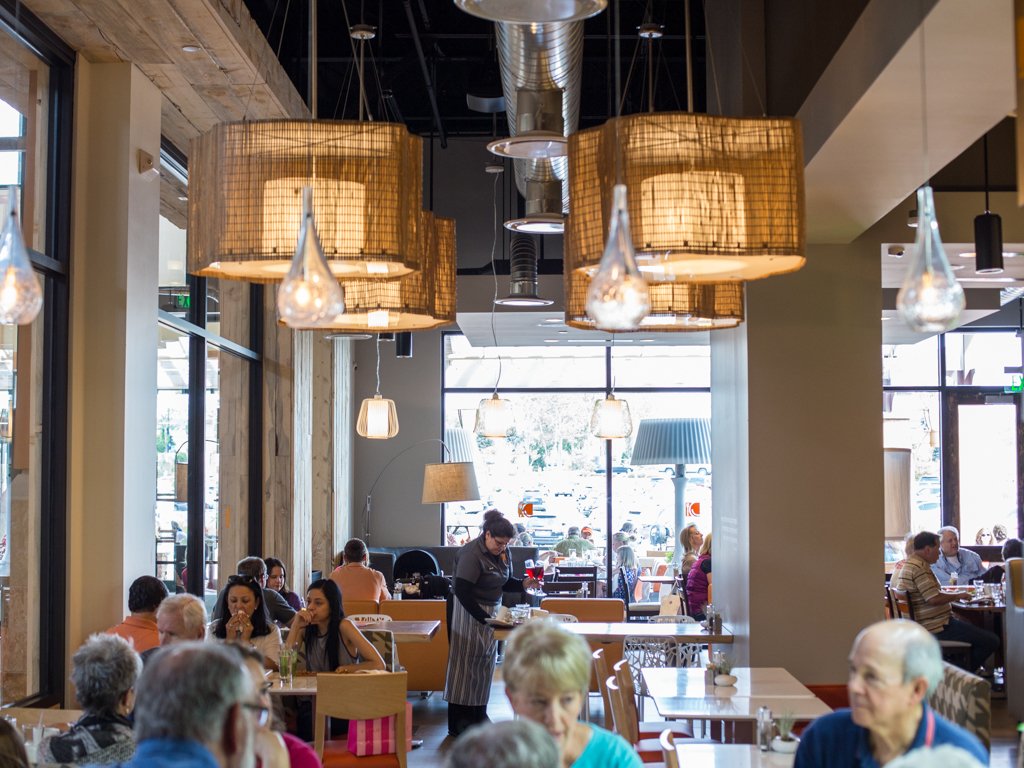 When you enter Lyfe Kitchen you are prompted to choose one of their three menus and order at a cash register. After ordering they give you what they call a table tracker, basically a less obnoxious version of a pager. Instead of a pager buzzing across the table letting you know your food is ready, the servers are able to track where the food is delivered based on the tracker you place under your table. The customer experience is heavily emphasized at Lyfe and that is part of what sets Lyfe Kitchen apart from other fast casual establishments. Servers are attentive and rather then forgetting about you as soon as your food hits the table, they continue to check in on you. Lyfe Kitchen gives diners the allusion of fine dining but with a casual price. The creators of Lyfe Kitchen are right though, why does casual dining have to mean a less relaxing experience for the customer? At 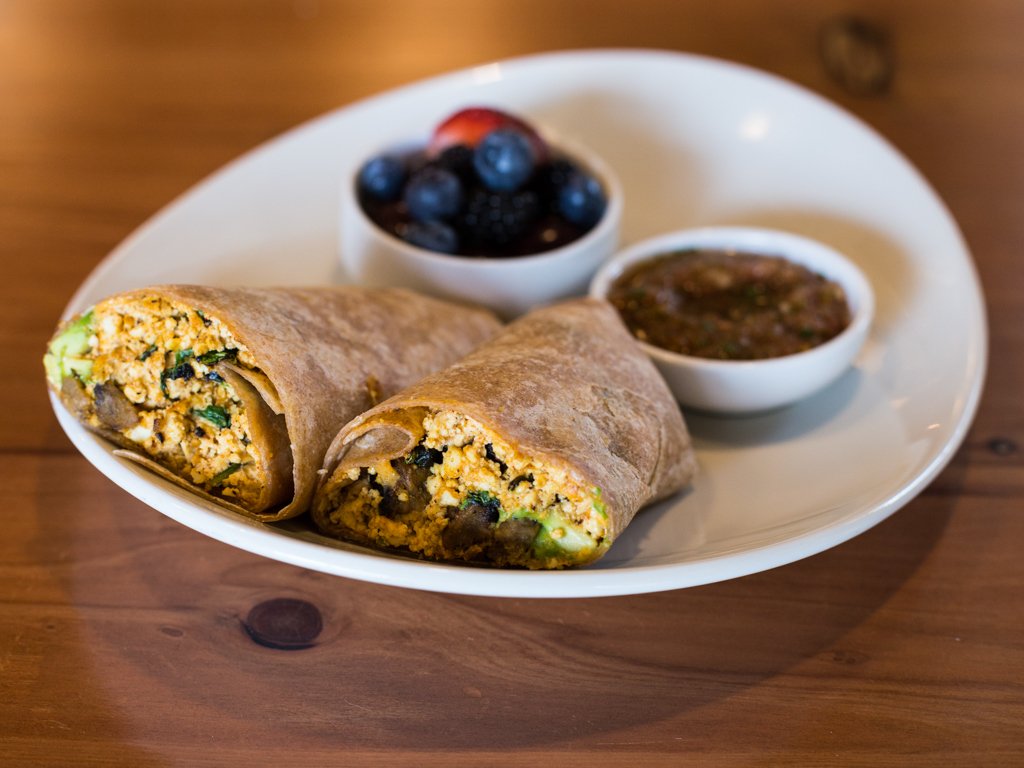 what point do diners cease to be important? At Lyfe, it appears that customer service is their top priority.

The menu at Lyfe is extensive and along with caring greatly about the customers happiness, they also make sure that each and every customer is consciously dining. I mean this in both a consumer and health based way. Lyfe sources locally as much as possibly as well as sustainably and organically. Conscious dining at Lyfe goes deeper than just what you put in your mouth; the founders made sure that the furniture used in their dining room was sustainably sourced. From the food you eat to the chair you sit in, dining at Lyfe is designed to be as environmentally conscious as possible. With so many restaurants spouting the same organic and local labels, it’s nice to know that a franchise business actually cares where every single product comes from. Lyfe kitchen has a goal to source as locally as much as possible. Right now, they locally source potatoes onions, herbs (herbs from rocky mountain herbs and spices) and chicken from Boulder Natural Meats. They are in the works to hopefully source quiona, kale and arugula for next season. What Dj Mitchell of Lyfe Kitchen explained is that it makes sense to source locally, and Lyfe Kitchen’s emphasis will always be on taste not what is the cheapest option.

When I sat down with Dj he explained the menu and how each item falls under 600 calories and 1000mg of salt. Instead of overloading each dish with salt to bring out flavor, the chefs use healthier spices to enhance each dish to its fullest potential. Lyfe Kitchen’s goal is to expose customers to a whole new way of living and dining. In order to break us all out of our shell, Dj suggested the Morning Tofu Wrap. 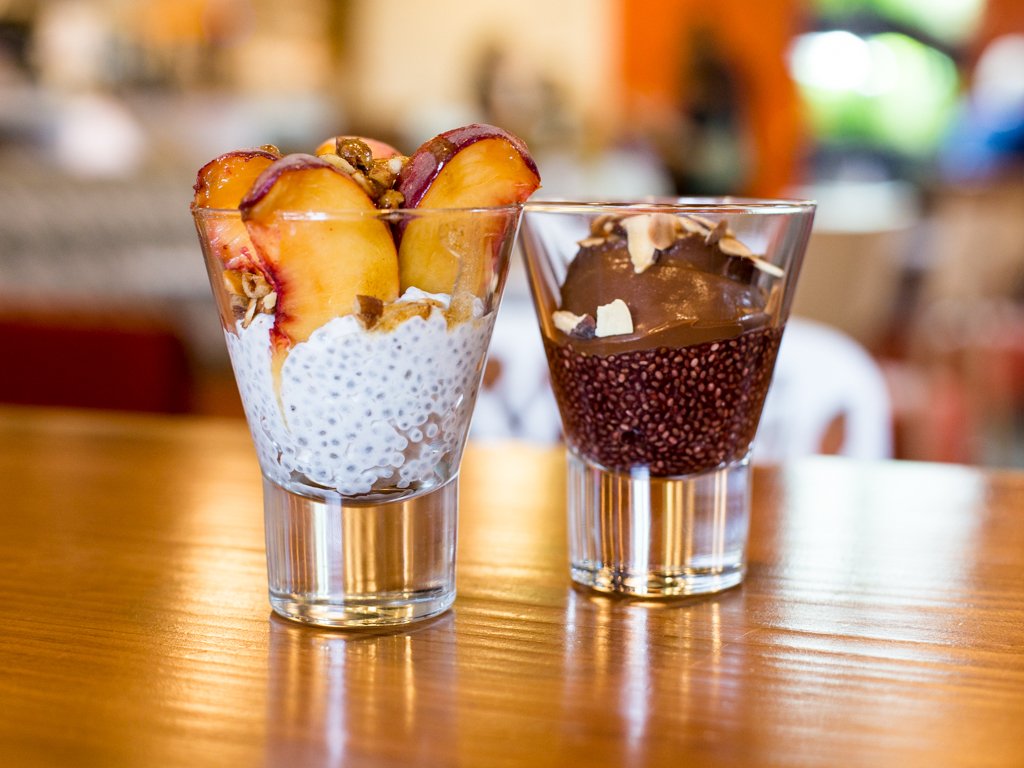 Now this is an option I never would have chosen on my own and Dj said theexact same thing. Tofu, like a lot of meat substitutes has a negative connotation. The idea is that anything vegan or vegetarian cannot be flavorful or filling. Lyfe proves that negative stereotype to be very wrong. The tofu had a smoky flavor and paired with their house made salsa, had the necessary bite to wake up your taste buds. The Spinach Frittata was good but surprisingly paled in comparison to the tofu wrap. While the frittata was delicious is lacked the same flavor profile as the tofu wrap. If you’re a smoothie snob, don’t leave without ordering the Kale Banana Smoothie. Lyfe pairs the superfood kale with ginger and cucumber giving the smoothie a welcome zing. Trust me every last sip of the Kale Banana Smoothie smoothie will awaken your tastebuds. If like me, you like to indulge yourself in a morning cocktail the Pomegranate Mimosa is the more sophisticated version of a regular mimosa. However, when chia seeds are added to an alcoholic beverage they cease to have their super food benefits and to me didn’t add anything special to the drink. While the pomegranate juice was a welcome change for a mimosa I wasn’t a fan of the added chia seeds. Without the health benefits they weren’t necessary and the texture wasn’t what I want in an alcoholic drink. 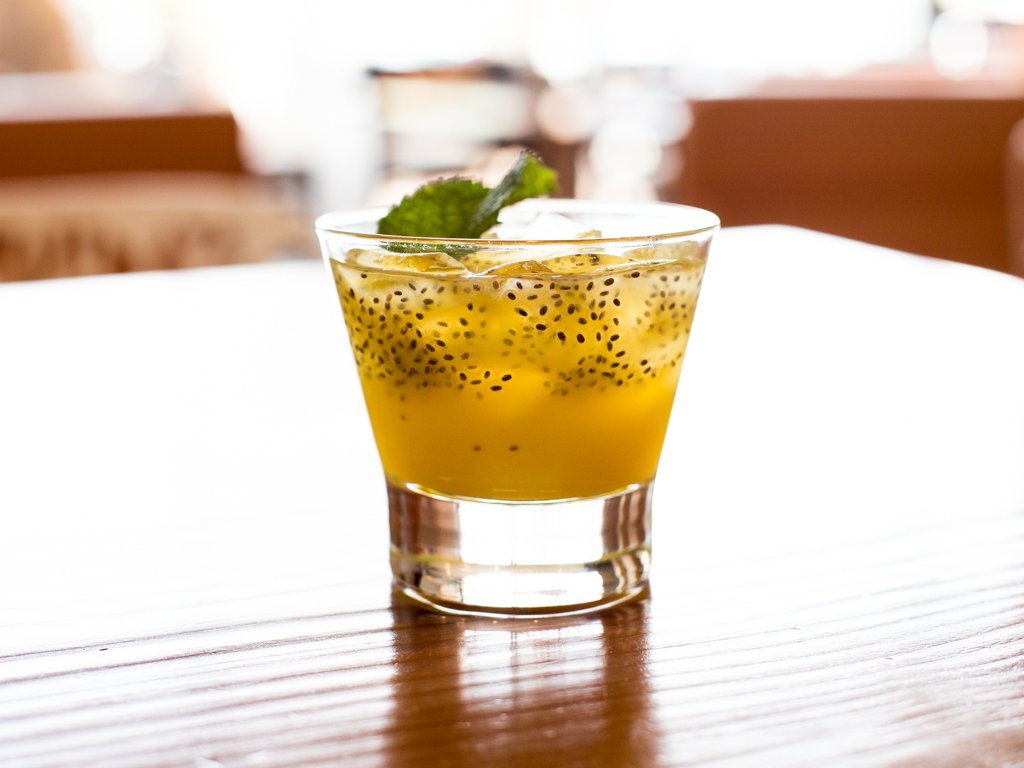 Lyfe Kitchen is situated inside the Park Meadows mall and is the perfect break from power shopping. No matter if you are stopping in for breakfast, lunch, or dinner, the menu will offer you something several options for any time of day. DJ Mitchell doesn’t want Lyfe to be reduced to “just a lunch place” and it’s true that their menu options are both filling and delicious.   Having options at Lyfe is something that is so great about dining there. I suggest beginning your meal with their hummus made with edamame instead of chickpeas. The dish is sprinkled with paprika and lemon creating a spicy yet citrus rich flavor.

When I left Lyfe Kitchen I didn’t feel uncomfortably full but instead felt energized for my whole day. What Dj and Lyfe kitchen in general emphasize is how what you eat can alter your whole day. Lyfe Kitchen breaks diners out of their comfort zones and challenges them to try healthier options. Going vegan doesn’t have to be alienating nor does it have to be a movement. Ultimately, by choosing Lyfe Kitchen you are making a healthy choice that won’t leave you feeling sluggish.