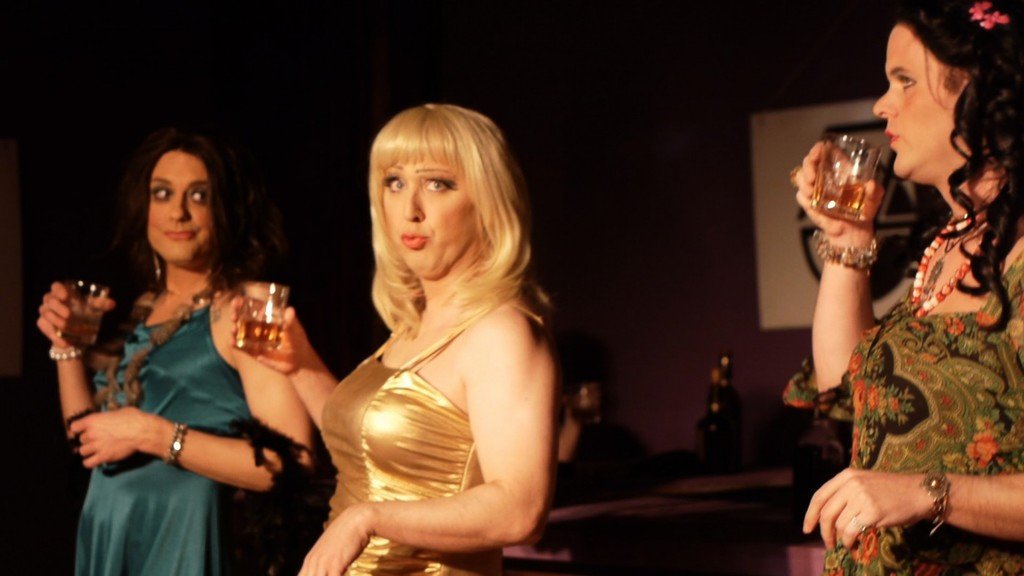 Guys, it’s just not fair. So many great independent films show each year at the DocuWest International Film Festival (at the Sie FilmCenter here in Denver), that we can’t talk about them all.

With my gradual acceptance that perhaps the rest of the world doesn’t love documentaries as much as I do (although I fully intend to convert you), I handpicked three movies that are sure to entertain even the skeptics out there. After all, what’s not to love about psychedelic rock, cross-dressing in the South and a 20-something Indian-American navigating the funnier-than-you’d-think waters of an arranged marriage?

The Other One: The Long Strange Trip of Bob Weir 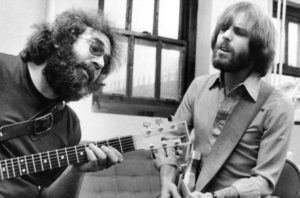 I’ve been on a bit of a god-bless-guitar-rock kick this summer — what with these killer releases by Spoon and Ty Segall, among others. So when director Mike Fleiss presents a 90-minute biopic on one of the best rhythm guitarists of all time, The Grateful Dead’s Bob Weir, you’re not going to get much a protest from me.

“The Other One: The Long Strange Trip of Bob Weir” premiered this past April at Tribeca, and clearly (given the title), the filmmakers understand their dilemma in choosing Weir as their subject matter: He always did sit second fiddle (in the public’s eye, anyway) to the band’s lead singer/guitarist Jerry Garcia.

The film’s thesis, however, seems to be that Weir is a legend in his own right — and to this end it makes a very compelling case, traversing through the last 50 years of Weir’s professional life through interviews and archival footage.

The really interesting part of the movie for me, though, is that in a way we can seldom observe, we really do see the personal — dare I say spiritual — evolution of a creative genius. Sure, Weir is a little off-kilter (the film starts with him reflecting on the early days of the band, where he admits to dropping acid every weekend for a year), but by the film’s end, I almost feel like we get the image of the most well-adjusted individual that’s ever made it out of the music industry alive. The interviews get honest, vulnerable and reflective — all while laughing at the candid offhanded comments that make Weir, well, Weir.

The movie’s able to dig deep into some of the more taboo issues surrounding the band, like Deadheads dropping everything to follow the band around for years at a time and Garcia’s early death. It’s all done with a certain unexpected honesty (at one point he confesses to being Garcia’s “bag man”). Maybe it makes sense that he wrote a lot of the Dead’s best songs, because hearing him speak seems to touch on life in a way a lot of people can only find translatable in lyrics. Thank the rock gods he’s still here to tell his side of the story.

I couldn’t resist seeing “Skanks”, a fun recounting of the drag musical “Skanks in a One Horse Town” performed by a small theatre company in conservative Birmingham, Ala.

I have to confess to a bias: After graduating from college, I lived for a year in Birmingham, so I have a certain interest in the complexity of social issues that unfold when you take a primarily gay cast and have them perform an unapologetically raunchy script.

The great thing is director David McMahon is from Birmingham, so the film never turns Southerners into this caricature of the simpleton redneck. That’d be the easy out way out for a few additional laughs. No, there’s a certain respect — we’re definitely laughing with them and not at them. But there’s also a certain honesty about how taboo it can be for someone to go against the grain of Southern values. To this day, I hesitate when I post about Denver’s progress with recreational marijuana laws on Facebook (am I jeopardizing freelance opportunities with my Southern colleagues?), but my dilemmas are trivial compared to a cast that had to come out to their parents in a culture that generally frowns upon the lifestyle.

Is it interesting that I’m focusing on sexuality and not the play? Well, in its somewhat less obvious way, the film does as well. The film kind of functions on a dual narrative: 1. the mostly sequential telling of the group working toward the night of the performance and 2. individual detours into each cast member’s life. The latter is a bit disorienting at first (it’s a rather large cast), but the standouts quickly steal the show, if you will.

But by going more in-depth into individual cast members’ lives, the movie combines the best of both world’s: drama and comedy (someone please start “Country Folks Say the Darndest Things” so we can see more from Juan Carlos’ dad — by all accounts a God-fearing, football-lovin’ man — who has hilariously candid conversations with his son about vaginas). But ultimately, as the film progresses, it becomes abundantly clear that this is not a film about a certain theatrical production or even theater in general. It’s a film about people learning to accept and love themselves in the only way the know how. In this case, it’s through performing.

Honestly, as much as I laughed, there were also moments where I almost cried. Because time and time again we see these men and women just sitting there as their parents are interviewed, just giving a weak smile as we hear some variant of “I don’t support his lifestyle, but I support him.” The fact that no one ever breaks down, that the movie never allows itself to be fully self-indulgent, makes the tension that much more lasting. We never get to fully exhale — except when the cast is singing about “sticking it up their dukes” onstage.

It might take a little time to warm up, but when it does, the film builds on a lot of heart and delivers a big payoff.

And fortunately, for those of you who missed it in Denver, this one is available on Amazon and iTunes. 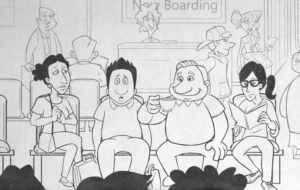 Honestly, forget all the connotations you might have about documentaries — this is as funny a movie as you’ll see all year.

The scene: Ravi Patel, a first generation Indian-American living in southern California, has his parents gravely concerned about his well-being: He’s about to turn 30 and he’s not married.

His parents (Mom is apparently known as the master matchmaker in her village back in India) set out to find him a wife in the only logical way possible: trips back to the motherland, collecting résumés from potential wives and sending him on an all-expense-paid tour of the US (and Canada) for more than a dozen dates. You could say his family is all up in his romantic life. In fact, his sister, Geeta Patel, is the film’s director and cinematographer, capturing (and laughing along) as her brother goes on failed date after failed date.

But what sets this movie apart as the pinnacle of what creative nonfiction ought to strive for is its heart — the story and the characters.

I just can’t say this enough.

We get the broadest range of emotions here, even those rare instances of self discovery when you realize, perhaps, it’s you — and not your environment — that has been wrong all along.

One vehicle for balancing this introspection with the comedy is that a lot of the more dramatic scenes are retold in a very freeform, silly animation style. The juxtaposition of form and message allows the filmmakers to drive many points home without really bogging down the pacing or the film’s lightness (the Denver audience never really stopped laughing).

As a writer, perhaps, I was aware that these animated scenes were scripted — there’s care to the cadence and tone — but at the same time, it really feels like a living, breathing (and more importantly, confused/passionate) person behind Ravi’s animated voice. While this all happened seven years ago, we feel like we’re experiencing it with him.

I was just so struck by the story and the characters — the twin goals of any writer that don’t always come together under the constraints of reality. They certainly do here. But the movie is also hilarious. In a Q&A via Skype after the show, Ravi said they were lucky because his parents are comedic gold. Indeed, they are. At least they’re the most lovable couple trying to set up their 30-year-old son that I’ve ever encountered.

“Meet the Patels” is definitely a film to keep tabs on — my highest recommendation.