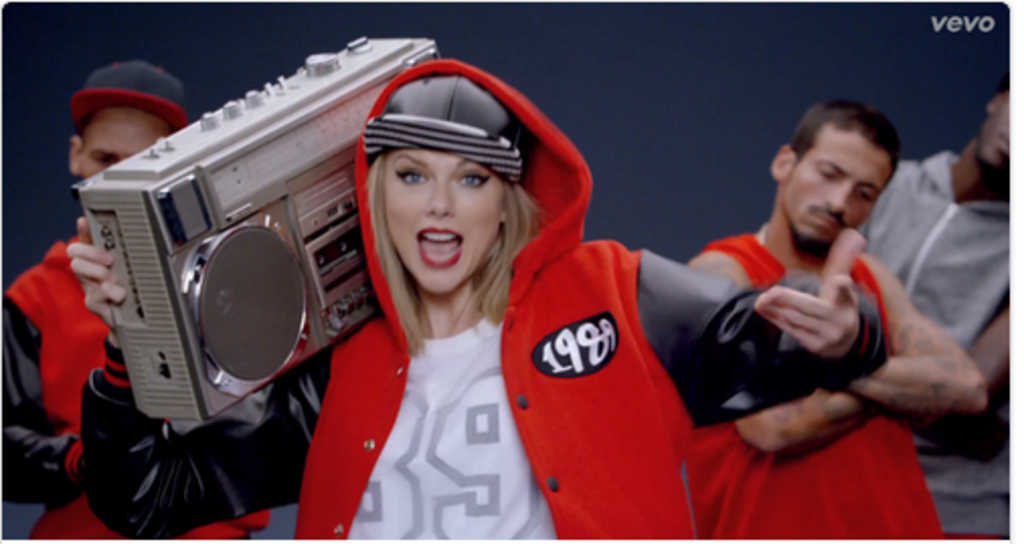 It’s that time again, where 303’s Music Desk wraps up some of the high (or low) points from the music biz. The past few days have been full of controversial videos, plagiarism issues, and exciting new releases, so let’s get to it with outlining this week in music. 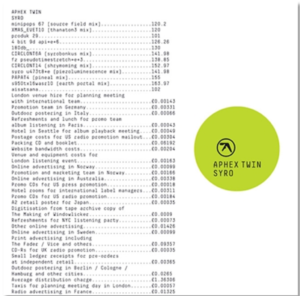 Aphex Twin, the Irish ambient-electronic innovator otherwise known as Richard David James, left the public thirsting for new material for thirteen years. But this week his fans finally got the news they waited so patiently for – a new LP release. The album is set to be called Syro and will be released around September 23, through Warp Records.

Fans knew something intriguing was happening last week when a green blimp with the numbers “2014” and the Aphex Twin logo emerged onto London’s skies. Following the blimp, the Aphex Twin logo began appearing mysteriously all over New York City. On Monday, James tweeted a cryptic link that only would work on Tor, a deep-web anonymity network browser that most people don’t use or even know about. The link included an official image, track title, and tracklist of the new LP.

All the excitement was finally legitimized on Thursday, when an official press release was published on Pitchfork establishing that yes, a new record was indeed coming out.

Nicki Minaj, the well-endowed pop-rap princess, released the video for her single “Anaconda“, to equal horror and approval. The video features Minaj and other ladies who as she says in the song, “ain’t missin’ any meals” writhing around to a sample of Sir Mix-A-Lot’s “Baby Got Back”. The video, unsurprisingly, oozes sexuality.

Minaj and her crew of ladies are seen in the steamy jungle and also in the gym working out their assets. Minaj then moves to a kitchen for some aggressive cooking, or at least I think that is what is happening? Finally the video wraps up with a scene that seethes sexual tension, between Minaj and her Young Money Entertainment label mate, Drake, where Minaj rubs and slides all over him. Drake’s tense facial expression makes it seem like his ‘anaconda’ was having a real hard time containing itself during that shoot.

And in case you weren’t sure about the song’s intention, the video is full of bananas and fruit being spun around, touched, chopped up, and eaten. There are also coconuts… leaking… white fluid…. So if you don’t get it by now, this is what we call an unapologetic sex rap.

Check out the video below, but warning: it borders on NFSW.

Two of the arguably most influential musicians of the last century might be making music together.

Paul McCartney, of the Beatles (but you knew that, right?), and Kanye West, of Kanye West, were reported by Page Six of the New York Post to be secretly recording some tunes together that could potentially become an full album.

One of the songs is reported to be called “Piss On My Grave”.

According to the Page Six report, sources say that Kanye’s wife, Kim Kardashian, was heard telling her friends she was surprised they chose such a provocative song name. Kanye was also recently seen at one of McCartney’s concerts. Apparently McCartney has said in the past that he would be interested in working with West. But Kanye’s press representative declined to comment on the possible collaboration.

The New York Post isn’t necessarily known to be a bastion on journalistic integrity, but one can at least hope their prediction could one day come to fruition. 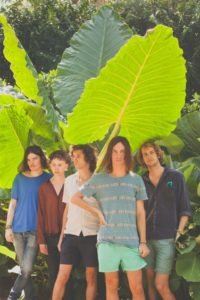 The Australian psych-rock group Tame Impala is under some scrutiny after a Chilean news site, called Rata, reported that they ripped off the chords for their most famous song “Feels Like We Only Go Backwards” from Argentinian singer Pablo Ruiz’s over 20-year old hit, “Océano”.

After the report went viral, the Chilean site seemed to feel a little remorseful about pointing out the similarities. According to the report on Pitchfork, the site’s editors Raúl Álvarez and Patricio Pérez, said they were joking about Tame Impala’s possible plagiarism.

“It was a joke. We were at a party and had that idea. Curiously, it was viralized pretty fast. We never thought we’d had this impact, and we’re very surprised about it.”

They went on to say, “Of course we think it’s funny, but we hope there are no charges against Tame Impala. We actually like them a lot.”

Well, Tame Impala probably doesn’t really like Rata very much for questioning the validity of their music, especially considering that Pablo Ruiz has been talking to his lawyers regarding bringing a lawsuit against Tame Impala. Ruiz’ song was released in 1989, when the boys from Tame Impala were mere toddlers, and the song was mostly popular with a primarily Spanish-speaking audience.

Apparently not a very funny one. Watch the comparison video from Rata below and decide for yourself if you think the similarities are intentional or a coincidence.

Oh naive Taylor Swift… What was supposed to be the exciting debut of her single from her upcoming album, 1989, turned into a controversy accusing her of cultural and racial appropriation.

Screen shot of Shake it Off video

In the video, Taylor is seen trying to perform a variety of difference forms of dance: ballet, experimental, cheer-leading, avant-garde. And then two styles which seemed to make a lot of people mad: twerking and break dance.

With the heated race arguments happening in Ferguson, MO this week, it was pretty awful timing on her part to issue a video of her cute, white self crawling hands-and-knees through a wiggling sea of brown and black women’s behinds.

No doubt, Taylor intended to just make a light-hearted, funny video for her catchy, pop tune about being herself and not caring if the “haters hate, hate, hate, hate”.

And so they did. Early Sweatshirt of Odd Future took to Twitter to bash the video, as did prominent producer A-Trak. Jezebel also called it a “cringe-worthy mess”.

But the videos director, Mark Romanek, came to the videos defense by saying it was, “a massively inclusive piece,” and “very, very innocently and positively intentioned.”

Surely her intentions were innocent, but Swift should probably check the national social climate before releasing a video of a white girl attempting to be urban during the midst of a racial crisis. Or really at any time, because when white musicians try and profit off of minority culture, it doesn’t sit well with folks.

Stay tuned every Friday for 303 Magazine’s This Week In Music recaps!