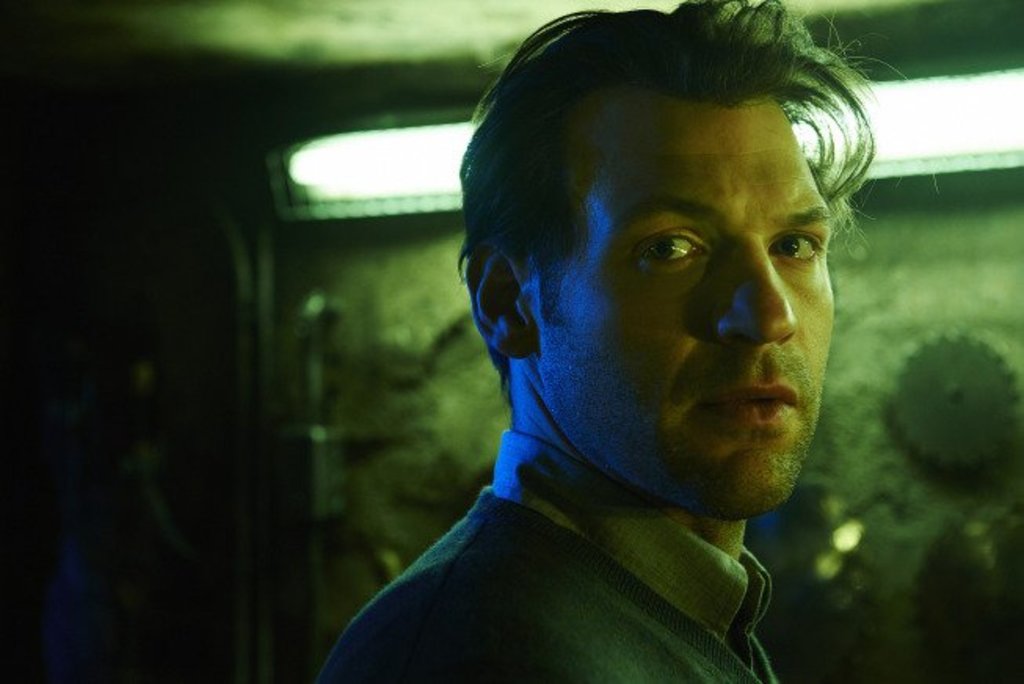 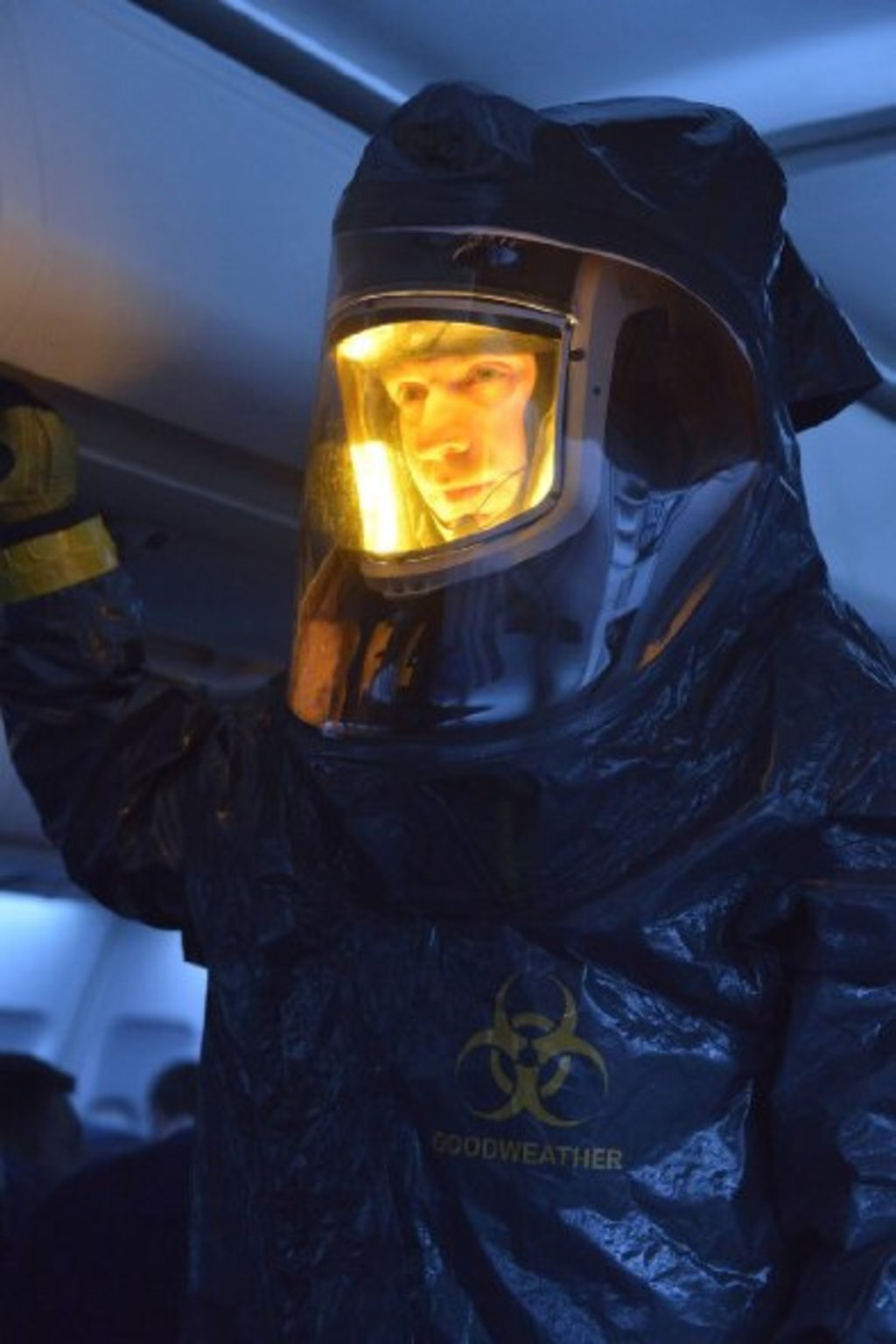 The Strain shows somebody being ripped apart by a horde of vampires to the soothing “Sweet Caroline” by Neil Diamond in the show’s pilot, and amplifies the absurdity two episodes later when Dr. Ephraim Goodweather (Horatio Hornblower was too hokey, apparently) dodges attacking vampire tentacles by doing the slow motion, Neo-in-The-Matrix backwards flail.

Vampires reached cultural ubiquity with the prominence of Twilight (young vampires in love!) and True Blood (vampires getting naked a lot!). Jason Friedberg and Aaron Seltzer even deemed the subject matter worthy of their preposterously unfunny “spoofs,” releasing Vampires Suck in some year that doesn’t really matter since you shouldn’t watch it. But far away from the teen girl tropes of Twilight and the sexual chaos of True Blood comes The Strain, executive produced by Guillermo Del Toro who is the most important man in horror/fantasy/sci-fi today.

The show is based on a novel written by Del Toro, who directed the pilot as well, and Chuck Hogan about a vampire epidemic that is smuggled into the United States on a flight from Germany because a crazed, near-death billionaire holed up in his swanky high-rise digs wants to be a vampire to gain immortality. The Master vampire, an inhuman beast taking refuge is a sarcophagus on board the freighter-sized airplane, kills more than 200 passengers and ignites the plague’s spread.

Dr. Goodweather, played by Corey Stoll (Pete Russo from season one of House of Cards) in a wig that must have eaten half of the show’s budget, is the CDC’s top epidemiologist tasked with neutralizing the threat. He’s flanked by Dr. Nora Martinez (Mia Maestro) and Jim Kent (a hobbit from Lord of the Rings or Rudy, depending on your age), trying to juggle vampire prevention and arguably the least entertaining corrosion of family life ever presented on the small screen: Workaholic that leads to divorce? Check. Wife rebounding with societal lesser? Check. Kid that unconditionally loves his father, but never gets to see him? Check. Substance abuse problem? Of course.

Overseeing the vampire machinations is Thomas Eichorst, a dapper vampire with the emotional range of a doorknob, who handles all nefarious deeds. He works for the Eldritch Palmer, the aforementioned rich dude, unleashing the vampires in New York City and outsources the dirtiest aspects of work to Gus, a not-so-reformed parolee, and one of the “good guys.” Locking horns (fangs?) with Thomas is Abraham Setrakian, a Holocaust survivor-cum-curmudgeonly pawn shop runner possessing intimate knowledge of the vampire plot. He tries to warn Goodweather of the impending doom, but is written off as an elderly madman.

The Strain is not going to be a major player during awards season on the acting side, but what’s most disappointing is the production value. Del Toro has created worlds and set-pieces that are lush and extravagant (Pan’s Labyrinth, Hellboy, Pacific Rim), but the CGI used for the vampires and their inhuman traits is straight out of the 1980’s. Budgetary restraints have never hindered the visuals in Del Toro’s work (Pan’s Labyrinth was made on less than $20 million) so the shoddy craftsmanship can’t be blamed on FX’s bankroll.

Another obstacle The Strain has trouble clearing is its overflow of characters. Wide scope shows have become all the rage based on the successes of The Sopranos and Game of Thrones, but here the amount of characters shoehorned into 44 minutes of runtime falters. Del Toro’s creation is a plot-driven spectacle that strays into character exposition that is sloppy and unimportant far too often.

Despite its writing and aesthetic flaws, when it goes all out, it goes all out. The tension built during the pilot as Goodweather and Martinez excavate the plane carrying the dead passengers is top shelf. Unbridled lunacy manifests itself a few times per episode and the sheer campiness of the production value is fairly enjoyable, despite the gravitas attached to the creator’s name. Lines of dialogue are completely oversold, a manic intonation dots every syllable, but fans of unintentional hilarity will be satisfied.

This show is not going to reinvent the wheel or change the way people view television. It’s a tacky after school special about vampires running amok. Setting aside Del Toro’s theatrical savvy on the big screen is required to enjoy the show. If you’re expecting technical wizardry and a story with bulletproof logic, sit this one out. If you have an hour to kill on Sunday nights and want to pass the time with goofy schlock, basically The Walking Dead with a modicum of self-awareness, this one is for you.