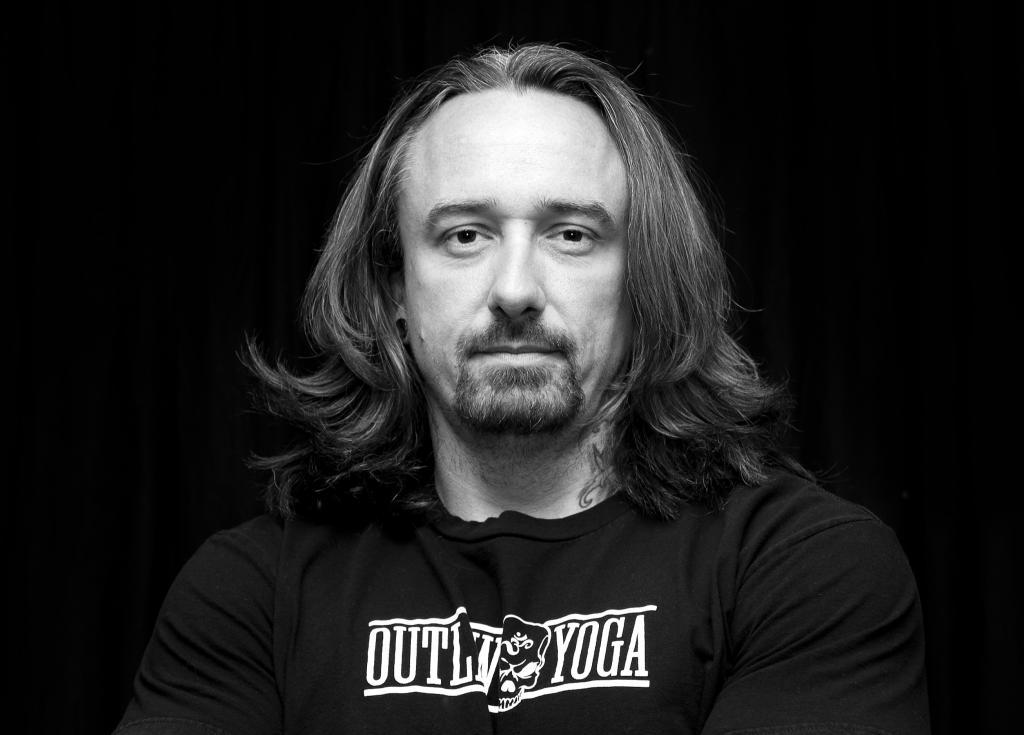 Justin Kaliszewski took his grandpa to Burning Man once. That tale is one of many contained in Outlaw Protocol, the book he community published with a little help from his rock and roll yoga-loving friends. 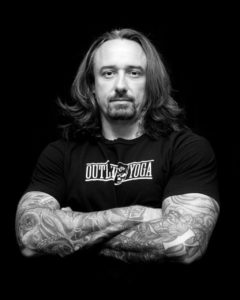 “One of the joys of this project was honestly and unapologetically exploring some of the lessons I’ve learned and the stories and people who helped to reveal them for me. They’re all really special to me, but Burning Man with my grandpa is a pretty fun one.”

Kaliszewski is the tattooed former cage fighter behind Outlaw Yoga, a brand of power vinyasa with a guitar-based soundtrack. The style was incubated during his stint instructing at Core Power, though Kindness Yoga is Kaliszewski’s om base these days. Outlaw already boasts a devoted audience in both Boulder and Denver. Kaliszewski’s been busy building the fan base in places like Sedona, Des Moines, Taos and Kansas City. Oh, and writing Protocol.

“This book isn’t written with a bunch of flowery bullshit for yogis who already know it all. It’s not preaching to the converted – it’s told in an accessible way that is meant to empower everyone. It pulls the curtain back on life and the practice and doesn’t pull any punches in the process. It’s a celebration of the fact that you don’t have to be perfect to change the world…just present.”

“We community published this project by releasing the first page and then raising $9,125 through an IndieGogo.com campaign. It paid for the design, printing, promotion, and launch of the first 1,000 copies. It literally would not exist if not for the support of the community that demanded it and I’m proud to say that we are set for the second run and have taken on a number of awesome projects from within the community including the new KenK CD Everything so Beautiful – IGG.me/At/KenKCD to check it out.”