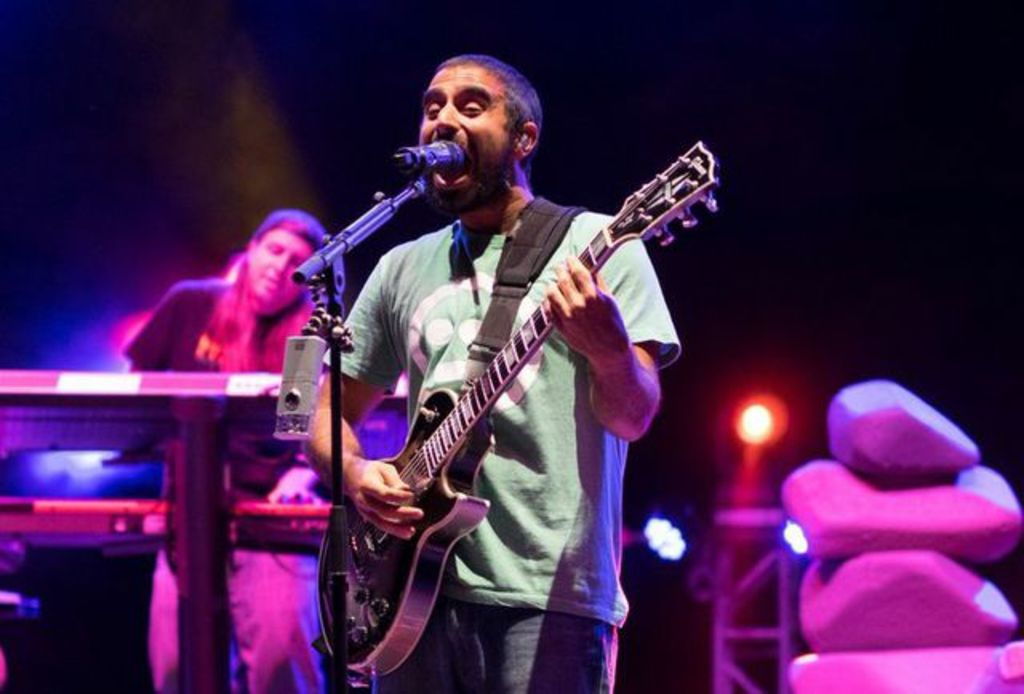 What You Missed from the 26th Annual Reggae on the Rocks

When I woke up Saturday morning and read the email that let me know I would be attending this year’s Reggae on the Rocks, I was actually a little reluctant. I had made other plans for the day, forgetting that I even sent out a press request to attend the show. As a long week, imagining hanging out at Red Rocks for nearly twelve whole hours sounded like a very long chore.

All photos by Kiddest Metaferia

Well, that was a completely silly notion, because the 26th annual Reggae on the Rocks event burst with ample fun and good feels that left fans beyond content.

My friend and I arrived at Red Rocks around 2:30 in the afternoon. The English Beat was performing to about a half-full audience. It was still pretty early, so the majority of the crowd was still out in the lots jamming to Sublime or Bob Marley, pre-gaming the event in their own fashion.

At this time, the sky looked heavy with a strong wind blowing through the venue. Many of the ladies who chose to wear just bikini tops looked as if they might be regretting their outfit decision. About five or six songs into their set, thunder gave a mighty clap and English Beat’s Dave Wakeling hollered, “The skies have opened!”

It began to downpour and the crowd quickly searched for cover. Red Rocks’ tech crew announced that the show needed to be delayed about thirty minutes until the storm passed, and anyone who left the venue to seek cover in their cars would be granted re-entry.

In classic Colorado form, by time anyone had walked to the parking lot to grab some towels and extra jackets, the skies were blue and beautiful. Just as they had predicted, the show was back on within a half an hour. This time the sun blazed and the bikini mamas had the bright weather they had hoped for.

Reggae on the Rocks brought out the most diverse crowd of music fans I have seen at one show. Everyone from families, to bros, yuppies, wookies, dab kings, true Rastas, me, you and probably your mom were all present. Everyone sipped on Red Stripes and smoked on good Colorado Kush.

Israel Vibration, an influential Jamaican roots reggae group formed in the 1970s, took the stage after the rain break. Their upbeat, rock-steady roots style was exactly what the crowd–who filled up seats quickly–wanted to hear. Their classic songs like “The Herb is Healing” and “Rudeboy Shufflin” inevitably 180’d my own mood and after downing a Red Bull, I was set and ready for rest of the day.

Following up with more kinky roots reggae was another influential Jamaican roots group, Black Uhuru. Positive vibes abounded throughout these two mid-afternoon sets. People walked about easily with big smiles stretched across their faces, bobbing their heads back and forth. The collective mood was most definitely irie.

As the evening went on and the sun started to fall, the show took a stylistic transition, from roots reggae to modern rock reggae. The change was kicked off with a set by the young Hawaiian group called The Green. They played a thirty-minute set and were not shy about expressing how grateful they were to be on Red Rocks stage. It seems like it might have been the biggest crowd they ever played for.

Next up was Iration. They blew away expectations by playing a well-timed set (not short but not dragging) that included a perfect-for-them cover of Bob Marley’s “Is This Love”. But what cemented their time on stage was a truly powerful exit that went from Tom Petty’s “Last Dance with Mary Jane” that they surprisingly slayed into their two biggest hits “Time Bomb” and “Falling”. They left no room for complaints.

Finally the headliners Rebelution entered around 9:30. They were there to support their newest album release Count Me In. It seemed that they rightly expected that the crowd to be a bit worn from hanging out since one in the afternoon, so they started off with known hits like “Sky is the Limit”, “Safe and Sound”, and “Bright Side of Life” to kick off strong. They went on to play songs off their new album as well as fitting tunes for the laid-back evening like “Lazy Afternoon” and “Good Vibes”.

But the moment that brought the night together was when lead singer Eric Rachmany stopped to express the band’s gratitude of being able to share a stage with Israel Vibration and Black Uhuru, who he noted were major influences for Rebelution. He praised the original reggae movement by saying, “Without groups like them, Rebelution wouldn’t be here.”

Rebelution then played a tribute to the Jamaican style, called “Roots”.

To me, that is what reggae, and events like Reggae on the Rocks, are all about. It isn’t the weed or money, but the community of a group, differentiated by age, creed and color, all unified under the idea of “one love”. By all standards, the night encompassed this philosophy.

If you want to see more photos from the hazy day of reggae, check out 303 Magazine’s photo gallery here.