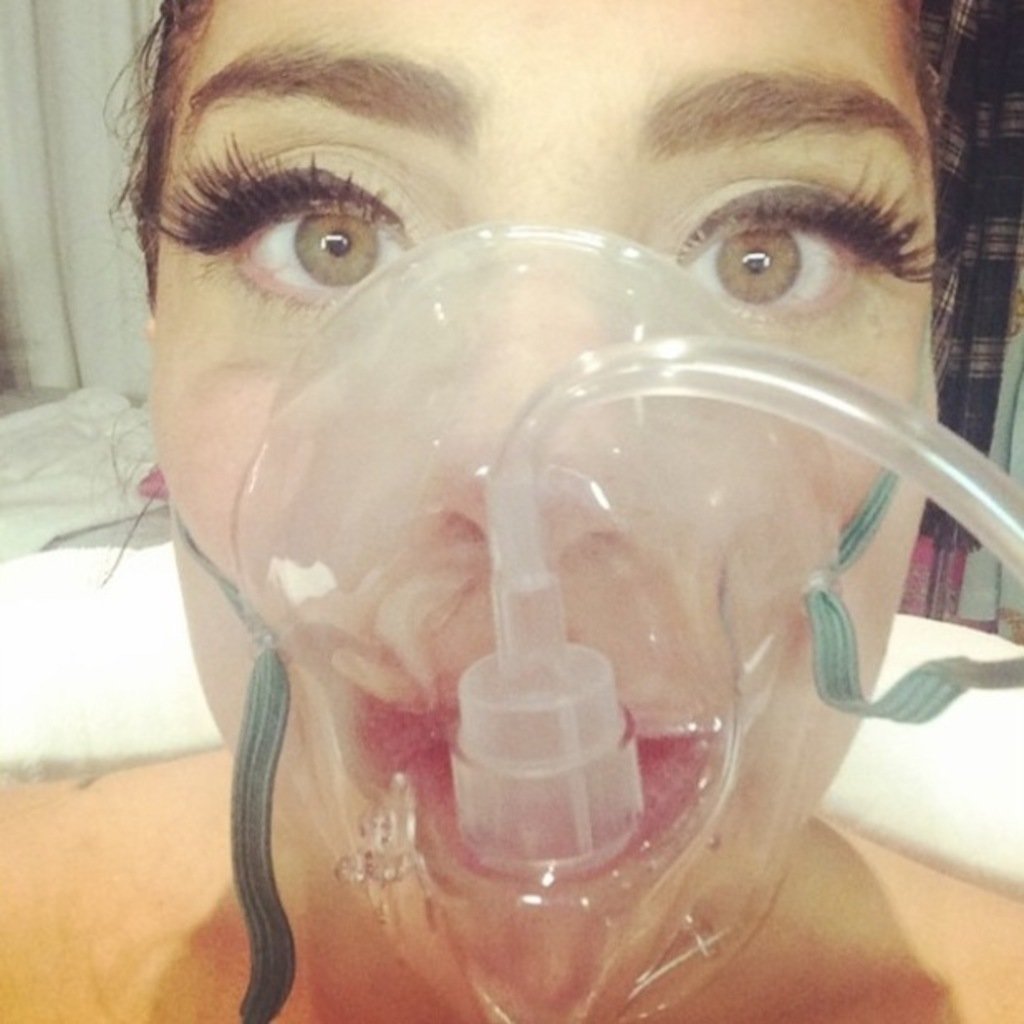 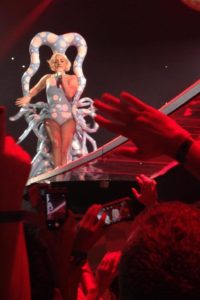 Before suffering from a bout of altitude sickness (and we all thought the lady with the meat dress was invincible!), Lady Gaga put on a hell of a spectacle Wednesday night at the Pepsi Center for her loyal and devoted Little Monsters. She sure didn’t seem short on energy or short of breath during the show, though.

She made a statement in the middle of the concert, saying, “They said I wouldn’t sell any tickets in the Mid West. But I told them, there are gay people in Denver.” The glitter soaked and neon clad crowd went wild. She continued, “They said the Monsters tour was too dark. And the Born Like This tour was, I dunno, too inspirational or something. And now they say that Art Pop is too… artsy.”

If “too artsy” means: 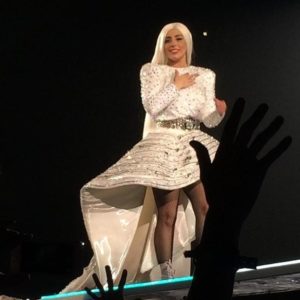 … well, then yeah. Maybe it was a bit over-the-top artsy.

But we went to the artRave for that. If it weren’t so artsy, it wouldn’t have been so Gaga. And isn’t that the point?

But “artsy” aside, Gaga rocks because she’s real. She’s a human. She doesn’t take herself too seriously, stopping mid-song sometimes to make a joke or scoff about something before carrying on with her loud-ass, bubblegum pop tunes. Then she’d get all romantic with it and plop her sparkly butt down at the piano and belt one out without the backup band, church style- as if proving that she’s got real talent, even without all the bells and whistles.

I don’t have a lot of experience with big bad pop stars. I’m personally not a “Little Monster” (although I’m sure there was a point when my parents would’ve politely disagreed). I haven’t been to a show like this since I was about fourteen and saw N*Sync play in Philly, amazed by how the boys soared across the sold out auditorium suspended from the ceiling.

That was nothing compared to Gaga’s antics, lasers, strobe lights, all white-washed stage set up with wild projections splaying across them to provide movement, color, depth. All in all, the artRAVE circus was quite remarkable. And you can tell she does it for her fans, and the adoration is entirely mutual. Gaga loves Little Monsters, and they love her.

Throughout the show, fans tossed stuffed animals and homemade bedazzled jackets and customized flannels onto the stage. Gaga would try on each item, dance around wearing it for a while, laugh about how one “smelled like marijuana,” and toss them back into the crowd. At one point, she donned a floppy rubber unicorn mask that emerged from the writhing audience.

A boy named Tanner from the front row tossed a letter up on stage that he’d written to Gaga, and she sat down on a chaise lounge and slowly read the whole thing out loud. It was the most sincere, articulate, and sweet piece of fan mail ever. Tanner was shown up on the jumbo screen weeping uncontrollably with joy and frantically hugging the boy next to him. Then Gaga invited him backstage after the show for a drink with her to further discuss his “creative rebellion.” Yes, this sounds impossible cheesy- but it was actually quite touching. 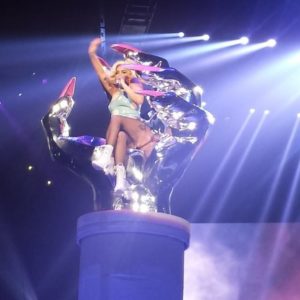 And in the end- love her or hate her- Gaga preaches peace, love, and acceptance. “Be yourself, be creative.” She has an immense amount of gratitude for her fans, especially the LGBT community. There were lots of beautiful drag queens floating about on the dance floor. The guy behind me had a shirt on that read, “Sometimes dudes marry dudes. Get over it.” Gaga tells her Little Monsters that they’re lucky to have each other and this fan-base and this community, because she never had this growing up. And that’s nice.

So even if they think she’s “too artsy,” she is undeniably a beacon of hope for those who need it, those who need her. She’s the queen of the Little Monsters. Long live the queen.

Note: Baby Metal was the first opening band and they were fucking amazing. Three juvenile looking Asian girls in tutus dancing around and singing along to loud, angry metal music (a hybrid of “J-pop” and metal). Do yourself a favor and check them out.