Telling stories visually is the creation of each artists work and it becomes even more telling when it is your craft of artistry, illustration, that is required in telling a story. Such is the case with artist and illustrator Cathy Morrison. “I can’t remember not drawing. I have always been an artist in one form or another,” states Morrison. 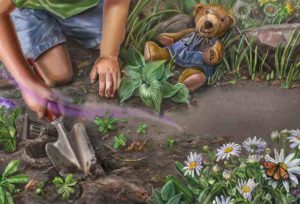 Morrison earned a double major in Fine Arts and Education along with a teaching certificate from East Texas State University, now known as Texas A & M, in Commerce, Texas. “We had amazing teachers; Lee Baxter Davis, Jack Unruh, Karl Umlauf, Bruce Tibbetts, Gerard Huber and Charles McGough who was head of the art department then, as well as a few others,” Morrison smiles and continues, “They pushed hard and expected a lot from their students. I got an amazing art education there, developed a good work ethic and tough skin as well. You need that as a freelancer because often you get a lot of rejections before you land a contract.”

Morrison conducted her student teaching as a middle school art teacher, but soon realized that “I wasn’t cut out to be a teacher. I admire teachers a lot for all they do!,” Morrison states with enthusiasm. After graduation Morrison worked as an in-betweener at K&H Productions, an animation studio in Dallas, Texas. “I was hand drawing animation cells. There would be 25 frames per second to sketch and catch the action, so thats a lot of drawing,” states Morrison. “Eventually I learned all aspects of animation, from inking and painting cells, lip syncing and splicing film so the character’s words matched their lips, painting backgrounds and more. It was then shot on an Oxberry Animation Camera,” smiles Morrison and continues “Of course now all animation is digital but I still feel lucky to have learned and experienced working traditionally.” While still working at K&H, Morrison took a leave of absence to study abroad at the Parson School of Design in Paris, France where she studied French Literature, Fashion Design and traveled most of Europe. “It felt good to get out of my comfort zone. I fell in love with travel and grew more confident as an artist.” 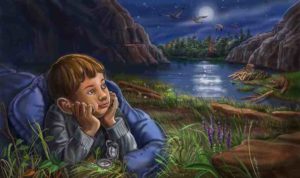 Morrison eventually returned to the states and then left the animation studio to move to Colorado in which she started her own graphic design and illustration studio, Big Chief Graphics in Denver. At that time she concentrated her efforts on creating and designing menus, logos, brochures, displays and print materials for restaurants, cable companies, hospitals as well as marketing and advertising companies. “When I had my children I scaled back that business and began working from home. That’s when I got very interested in children’s book illustrations,” smiles Morrison. “My kids are all grown now, I have one grandson and I still love telling stories visually.”

Morrison’s artistry takes the viewer on a journey of imagination and child-like wonder. She is able to transfer a human connection to the animals and story she is contracted to visually tell. “Illustrating children’s books is labor intensive. Book releases are seasonal, they come out in spring and fall so my deadlines are due around the same time,” states Morrison. “You have to pace yourself to meet your deadlines while also maintaining the quality of your work. Usually I’ll have a variety of projects going all at the same time like a children’s cook book, maybe a chapter book and a couple of picture books,” Morrison states and takes a deep breath with a smile and continues, “You have to be able to multi-task.” Morrison is constantly sharpening her skills by learning new software along with her continuing to market and advertise to make sure publishers are aware of her and want to work with her.

“Every artist is unique. Through the years of making art you create your own style and your art evolves as you continue to work. When I switched from editorial art to children’s illustrations, I definitely had to focus on developing a child friendly look when I started pursuing children’s publishers,” states Morrison. “Currently I’m working with publishers whose books involve kids with nature and the stories are science based. I do a lot of research while working on them and enjoy that process, I like learning and discovering new ideas.” 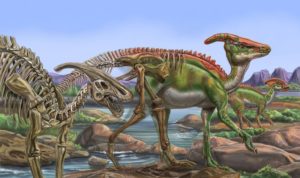 Cathy Morrison has two books releasing this fall. Dino Treasures by Rhonda Lucas Donald, published by Arbordale Publishing: www.arbordalepublishing.com. This is the second book collaboration with Rhonda. Their first book was Dino Tracks which came out last fall. A book release party, presentation and book signing will be October 11, 2014 at 1p.m. a the Smithsonian Museum in Washington D.C.

“The Prairie That nature Built” – Illustrations by Cathy Morrison

The Prairie That Nature Built is Morrison’s first book with Dawn Publications: www.DawnPub.com by Marybeth Lorbiecki, keep your eyes and ears open for events and release dates. Morrison is currently working on a second book for Dawn Publications called Pitter and Patter by Martha Sullivan, both books with Dawn Publications will be made into game apps. “Both of these publishers specialize in books that connect kids with nature. The books are based in non-fiction but told in story form, I’ve heard it called “creative non-fiction”. They are picture books that also have additional pages of facts and activities so they work on many levels which make them popular in schools, libraries and museums,” smiles Morrison.

To learn more about Cathy Morrison or to contact her about future projects visit www.CathyMorrison.blogspot.com or connect via email at [email protected]

Thank you Cathy for the opportunity to explore the artistic world of illustration. 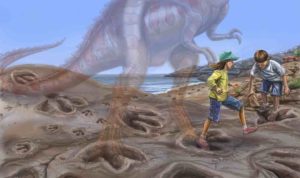 Awards and recognition that Cathy Morrison has received along with the creative team are as follows: