Ammerman Schlosberg, pronounced (Am-mer-man Slosh-berg), is a label 303 Magazine wants in your vocabulary. This design house creates fun pieces for women who are uncompromising and playful. The Ammerman Schlosberg girl is confident and self-aware. She’s not afraid to be herself and lives for art.

Costume is one one of their biggest inspirations, which means many of their pieces revolve around fantasy and magic. This concept is very apparent in any of their collections.  The dynamic duo lives by the rule of LOL, “If I have to live in this reality matrix, I would rather be LOL’ing.” The two want the public to take their runway shows with a grain of salt. They are not here to create stern, serious pieces. Rather, they want to inject the world of fashion with a bit of LOL. 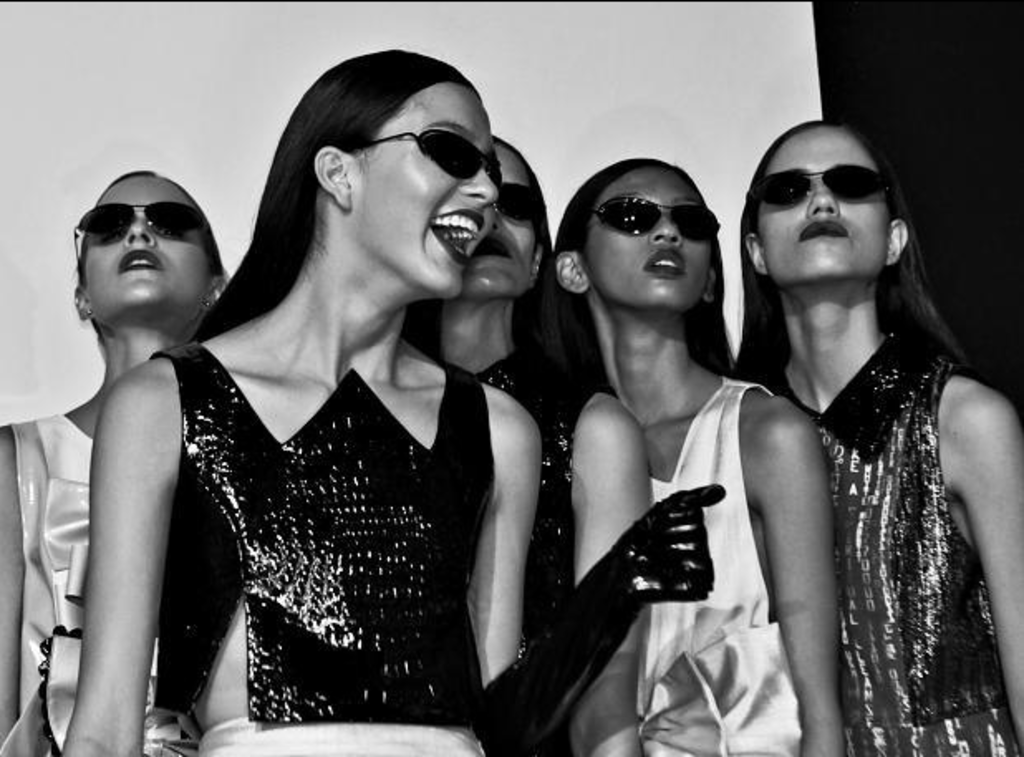 Elizabeth Ammerman attended and graduated form the Pratt Institute in NYC where she obtained a degree in fashion design. Eric Schloberg attend Parsons The New School for Design, where he dropped out of the fashion design program and ended up in the fine arts program. The two met up while working at the popular New York City store, Seven New York. They were instant friends and decided to try and put together a line of their own. The two went on to present their spring 2014 collection at the VFiles debut runway show, which showcases young designers in attempts to gain them some media attention. 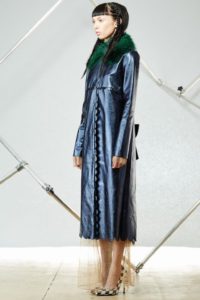 And that’s exactly what happened to Ammerman Schlosberg. Not too long after their collection was presented did Style.com report on the collection: “Covered in bows and cut with slits that revealed the models’ posteriors, the tiny dresses resembled what Alice might wear if Wonderland were a sex club.” Naomi Campbell even appeared on the cover of L’Officiel in one of their designs.

Their most recent collection, Fall 2014, was focused on “wearability” but still kept true to their LOL concept. The two choose the popular 90s video game, Soul Calibur, as their inspiration. This resulted in a lavish collection which featured metallic golds, sheer overthrows, and a maids outfit. We even saw a Japanese school girl uniform thrown into the mix. But our all time favorite look from this collection was a metallic blue trench coat featuring a green fur collar, and gold sheer detail at the hem.  The collection was definitely more “wearable” but still featured  pieces that were fun and playful with undertones of a Lolita goth chick. You can shop their most recent collection here.

We can’t wait to see what Ammerman Schlosberg comes up with for their next collection. Theres even a rumor that the two are ready to expand into menswear. Well, whatever the two come up with next, we can’t wait to add a little LOL into our closets.