Rap Power Hour: A round-up of hip-hop songs and videos 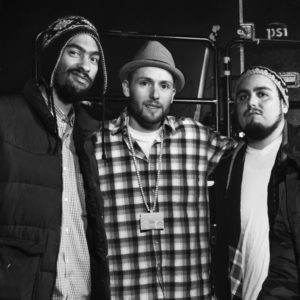 Rap Power Hour is a doozy this week. If the heat index is any indicator, the MC’s in the Mile High City are red hot. We’ve got a hip-hop cypher freestyle from D-Stylz, a full-length documentary filmed by Aires Jackson that features MC’s from all over the city and tons more. The scene has been on the move and if you’re interested in discussing where the culture is going, join us next Thursday, July 31st at Cold Crush for a hip-hop town hall meeting. Now that the formalities are out of the way, let’s get right into it, shall we?

Evan Alexander’s track “Faith’s Clock” is chock full of artistic references and is described by the artist as containing a Quentin Tarantino movie soundtrack style. He name drops Michelangelo while discussing the perils of drug dealing life. He seems to maintain a prayerful stance even through the acts of sinning but eventually moves from nothing to something. Production is key and dynamic here. Listen below:

Covalent Bond, the hip-hop duo of AGE and Xsavier submitted “Summertime Reasons” and it’s a kind of a different song but there’s a level of enjoyment to this track. Perfect for a car show, BBQ or late summer night, these two keep the rhymes easy and in the pocket. The verses aren’t brimming with intricate metaphors but coupled with the production, there is value here. Listen below:

Yo Blonco’s got “Million Dolla Dreams” with the release of his latest video. Filmed in the Paramount Theater in downtown Denver, the Stellar Music Entertainment MC employs a flow with a tinge of southern accent to it. 8 Tha Skate is the director here and while this clip could stand to be a bit shorter, the visuals are lush. Cheff Premier’s beat sets the tone perfectly as Yo Blonco details his Cinderella dreams. Watch below:

D-Stylz is quite the impressive rapper and he’s definitely showing off his rap prowess with this cypher remix. You can’t go wrong over this classic hip-hop beat and this submission of “Lightskin Television” is perfect for nodding one’s head to the beat.  We recently saw D-Stylz rocking the stage with Snow Tha Product to a sold out crowd in Colorado Springs and he rocked it.

Aires Jackson, the brotherhood of Lenny Lenn and James Ray have gone where few rappers/videographers have gone before. The documentary for “Home Cooked Hip-hop: Between the Lines” explores the many aspects of hip-hop stage writing. The film features JMoney, Koo Qua, King Foe, Julox, Manerok and more discussing what it takes to be an MC and the originality of the culture. Watch below:

The Soul Pros are in top form with “Peace in the Mile High.” You can’t really go wrong with a James Brown sample, nor a voice repeating the ubiquitous hip-hop mantra: “Peace, love, unity, and having fun.” Imploring the listening audience to “get you thang together,” these rhymes are not only creative but a call to action. Take a listen below:

*Writer’s note: Mike Wird will be hosting a hip-hop town hall meeting at Cold Crush on July 31st. Participants are encouraged to bring one song to play as the city’s finest mix and mingle and discuss the direction of rap music. More information here.

Strategy’s track “Zalez” produced by Varsity Team Beats finds the MC rhyming about, you guessed it: diamonds. There’s a few cringe worthy lines like the one that uses “placenta” as a rhyme base, but overall this one definitely works. Strategy has a clear and articulate voice that will remind you of the golden-era of hip-hop. Listen below:

Hastyle (Boy Genius) is a producer who has a long and wide imagination, as evidenced by his track “Lost in the Clouds.” The production opens slowly, ideal production for an MC’s life story or reflective thoughts. The 808 is lowkey, subdued and coupled with light synths. You’ll like this one. Listen below.

Iman S. and One Shot Dot recently released Red Dot and the video for the “Intro” track is pretty awesome. Opening with a mournful Stevie Wonder sample, the two are seen stalking through a dark parking garage with bottles of expensive champagne and mean mugs. Iman is the one to watch on this track as the two cover a variety of topics balancing the texture in vocals and rhymes. Watch below: