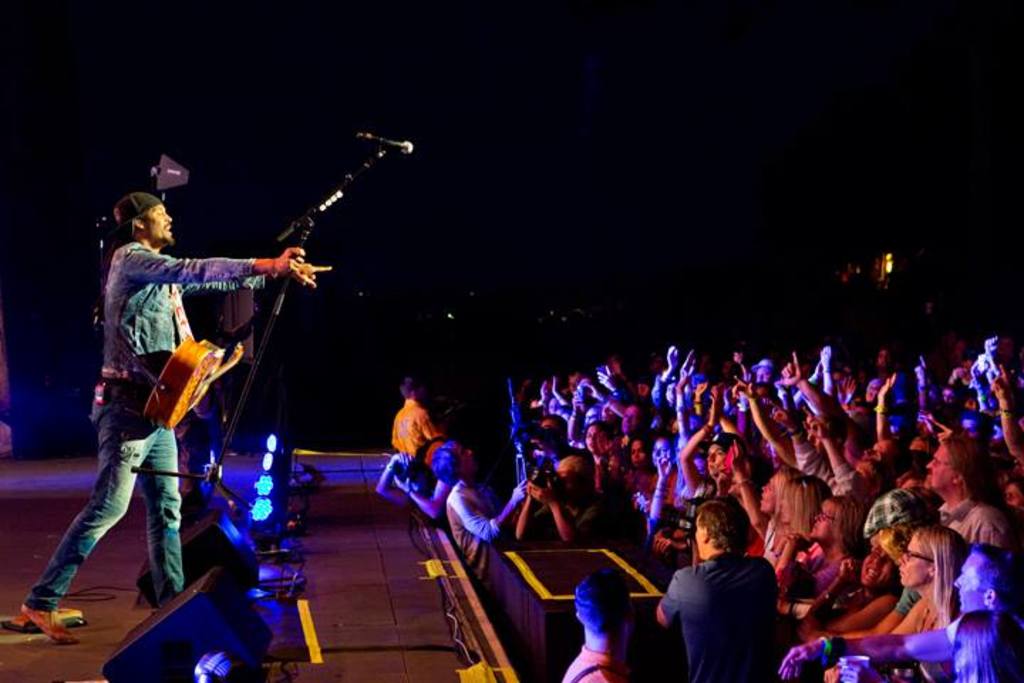 Michael Franti is a man with a big heart, and his music, a mix of funk, reggae, rock and jazz, is an extension of that. Throughout his career with his band Spearhead, Franti has sought to spread a message of peace and acceptance. After nearly twenty years of performing, this summer he has designed one of his most powerful lineups for his Soulshine Tour that he hopes will complement that positive ideology. 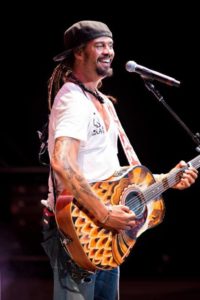 On Sunday, July 6th, Franti and Spearhead, along with reggae band SOJA, guitarist Trevor Hall, and folk singer Brett Dennen, will be hitting the Red Rocks stage for a night of music, yoga, and good vibes. The doors will open at 3:30 p.m. for a yoga session that costs an addition 15 bucks and will last a roughly an hour and a half, with Michael Franti performing an acoustic set. The class will be taught by professional yogis, Ryan Leier and Baron Baptist, according to the Red Rocks website. The doors will then open at 6 p.m. for the actual show. Tickets can be purchased on Red Rocks website.

303 Magazine’s Music Desk caught up with Franti to hear more about his connection with yoga and how he developed the vision for his Soulshine Tour.
303: Your music has historically been very political. What do you feel is the role of musicians and artists when it comes to raising public social awareness?

Michael Franti: Well I got into punk rock and hip-hop in 1986 because I believed that through music, it was possible to change the world, and I still believe that. I think part of that is my naiveté and a little bit of craziness, but the real part of it is that music stirs emotion, and that is really what inspires people to make a change. You could hear all of the statistics on climate change or gun violence and read them over and over again, and then you go somewhere and see a forest that has been completely leveled and see people there who are starving, and you are moved by it. Or you see images of kids crying from the effects of gun violence and you are moved by it.

Music does the same thing, it opens a window to our soul and reminds us of things that are taking place in our world and the way it connects to our hearts, and that is really what makes people get out of their chairs and have the strength to go out and make change. 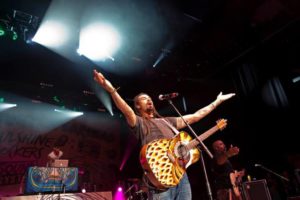 303: Tell me more about the album that Soulshine will be supporting – All People. What was the vision behind this particular release?

Well the title All People refers to this celebration of diversity. I believe that all seven billion of us on this planet are significant, and that there is not one person who is more significant than any other person. We are all equally important. One way that we can celebrate that diversity is by helping and including people who feel that they are not a part of the larger human family, to feel apart of it. So that goes for people who are historically discriminated against, it goes for people who are in your own neighborhood and your own family who are feeling not included. Sometimes you can just do that by acknowledging them with something as small as a smile. Sometimes it is through fighting for larger issues, such as fighting for marriage equality, or economic justice in places where that is not occurring. So that is really what this record is about. It is about the human experience and going through difficult times and overcoming them.

303: Soulshine is your big project this summer. How did you choose what artists to include on the tour lineup?

All of the artists on the tour are people that I have known for awhile, and that I respect, admire and enjoy their music. SOJA, I just did a single with them called “I Believe” that just came out. I have collaborated with them since they were young and just getting started on like, little tiny side stages at festivals. So it has been really cool watching them grow as artists.

Trevor Hall is somebody I have toured with extensively throughout the years. His music I love, but I also love his dedication. He lived in India for a good part of a year and worked with an orphanage up there.

Sonna Rele is a brand new artist whose album is just about to come out. She is from England and is an amazing guitarist, pianist and singer.

So it is all artists that I love. They all play a little bit different styles of music, which is great and makes it sort of a diverse show, but we all have a similar philosophy about spreading positivity. 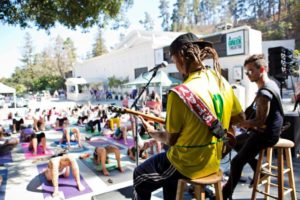 303: Yoga is obviously a big part of this tour. Why is that physical element important to this tour and your performance?

I started practicing yoga thirteen years ago and it was just a way for me to get my body and my mind and my heart all on the same page. Like, being on tour is tough because you are in and out of tour buses, airports and hotels, doing tons of promo and doing shows and staying up late and eating bad restaurant food. So I was really feeling worn out when a friend of mine, actually in Colorado, a yoga teacher, asked me to come to a class. So I went to my first yoga class with our whole band, and I felt this sense of upliftment and inspiration. I felt this soreness in my back I had had for a long time feel so much better after the class. I started eating better and just taking care of myself in all ways, emotionally as well.

It helped me to be more focused in every aspect of my life, and learn to breath through challenges and stay present for those challenges, whether they be challenges in my relationship or with my children or business or in the middle of a show if your guitar breaks, or whatever it is. Just being able to breathe those challenges has been really helpful. I started going to different yoga schools everywhere across the country on tour and then I would invite people to come practice with me before shows. Then last year at Red Rocks we opened the doors early and did an acoustic set and invited people to come. We expected a couple hundred people to show up, but we ended up having 1600 people show up. So that just extended to every venue across the country.

303: So then is yoga your particular pre-show routine? How do you prepare to go out on stage?

It is not always right before the show, but every day on tour I take about an hour to practice. I am also a runner, and sometimes run to get ready for a show. The main way I get ready though, is just the camaraderie of my band. We love playing music together and this is our twentieth year. We released our first record in 1994 and there is just this magic that takes place when we all get together and put our arms around each other and say, “Let’s go out and play a show.” There is this intuition we have now that is like, we can just give each other a glance or a look and know and we are going to change gears here, and go into this song or go into this mood. That communication and camaraderie we have off stage makes everything really come together on stage.

303: If you had to boil down your message into one piece of advice to give to people, what would it be?

Well, we have a motto in my household: do your best, serve the greater good, and rock out wherever you are.

What that means is to always keep challenging yourself, always do your best. Serve the greater good means to give back. To those of us who have the privilege and abundance of life, we also have great responsibilities to give back. And rock out wherever you are means to not lose that child-like enthusiasm for whatever you’re taking on, to keep it rock and roll.