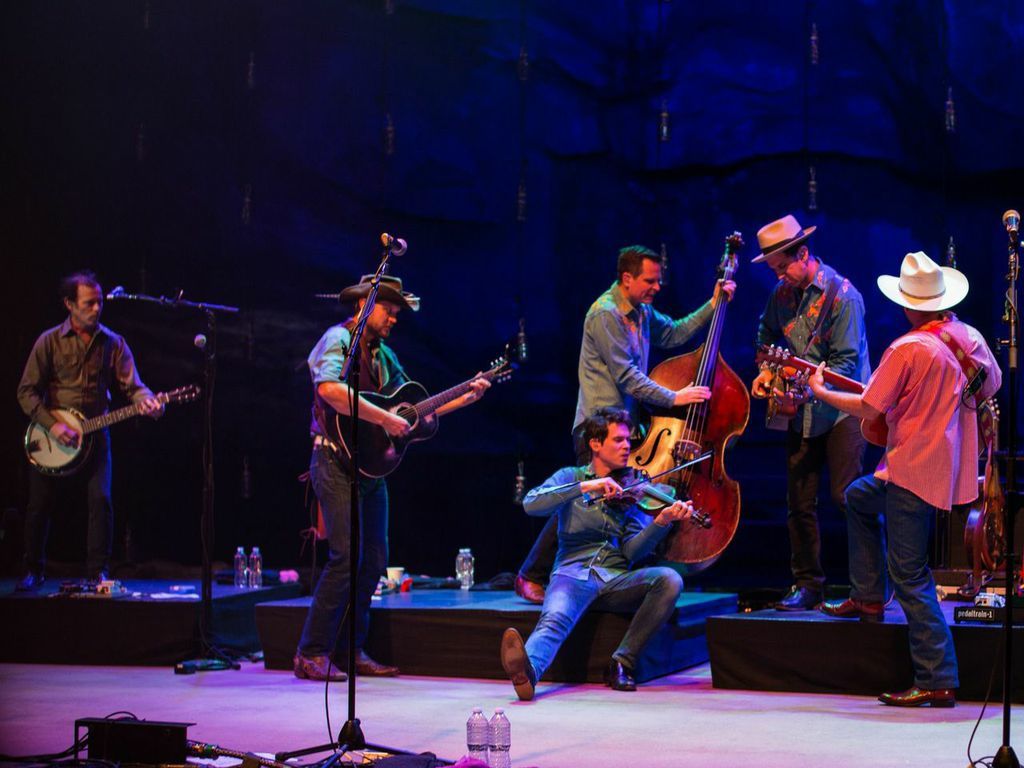 In case you missed Old Crow Medicine Show’s sold out performance at Red Rocks on Wednesday night, allow me to regale the fast and furious, high energy, High Country hoedown that went down. There was swingin’ and stompin’ and smilin’, and let us not forget the rain. There was the cameo by Colorado’s Governor John Hickenlooper, where he played the banjo and helped to sing C.C. Rider.

The Old Crows proudly boasted of their recent induction into the Grand Ole Opry, and rightfully so. These pluckin’ bumpkins deserve the highest honor and utmost respect from the country and bluegrass music community, for few bands put on such an impressive show, with so many strings and so much heart.

“We got wine, whiskey, women and guns

How can you afford to not be having any fun

If you got a gal, bring her and we’ll all have a humdinger.” 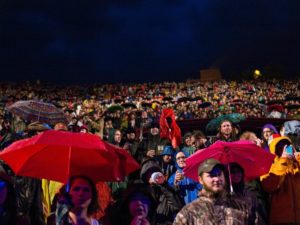 Getting rained on at Red Rocks.

The raw energy and gusto that the Old Crows demonstrate, through their strumming and their fiddlin’ and their dancing- and at this altitude! – reminds us what music is really all about: making people feel good. They really played up the local crowd, too, by making the show a uniquely Colorado rendition of their finest tunes. As an intro into Caroline, they spoke of spending time with “a blonde Colorado girl, with a warm can of Dale’s Pale Ale between my legs.” They mentioned taking a trip to Pueblo before playing Sweet Amarillo into a Spanish sung party jig. And when they brought out the Carolina Chocolate Drops for the Rocky Mountain High encore, we were still eating it all up. Rhiannon Giddens, fiddle player and vocalist from the Chocolate Drops, also came out to sweetly sing I Fall to Pieces, a Patsy Cline cover.

And, of course, when they played Wagon Wheel (their number one hit that has received the RIAA’s Platinum certification for selling over 1,000,000 copies), everyone in the sold out amphitheater sang right along. “Ohhh, mama rock me.”

One of Old Crow’s signature moves that seems to set them apart from other bands is when all seven members gather with their stringed instruments around the very front of the stage to feverishly jam, playing strongly off one another’s energy. I also enjoy when they go “old school” and all gather around one microphone to harmonize and sing together. Old Crow Medicine Show are performers in the truest sense of the word. They play damn good music and look damn good doing it. 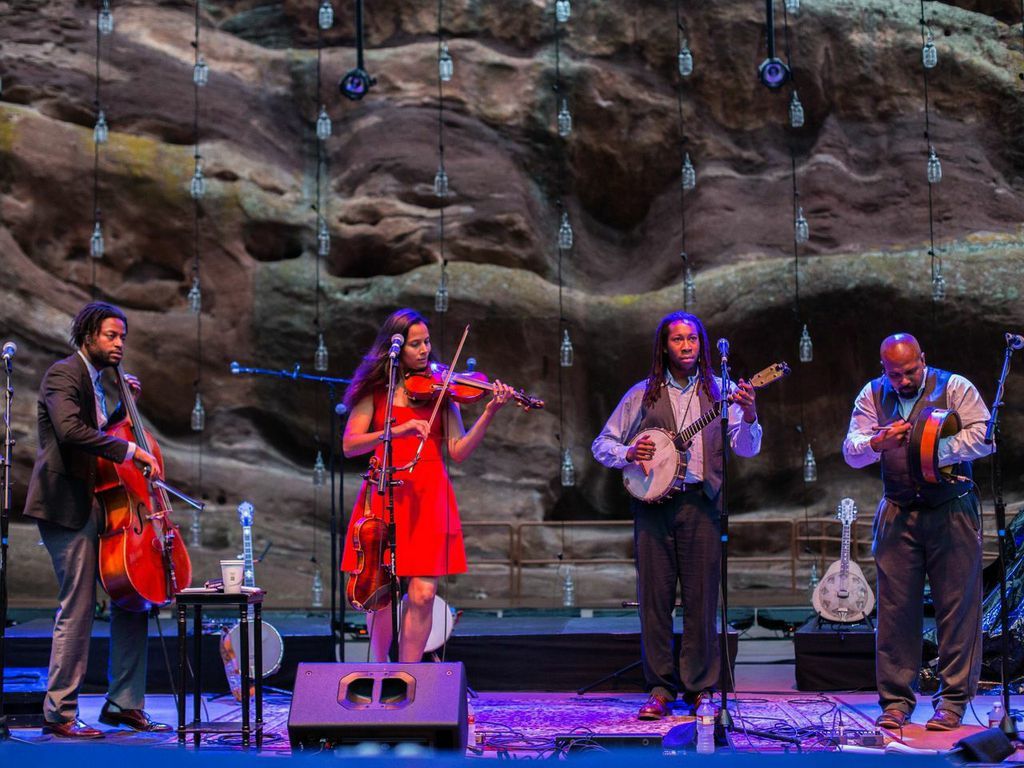 Opening band, The Carolina Chocolate Drops, are also a force to be reckoned with. I see a lot of music, and I can confidently say that I think these guys are one of the best bands out there right now. They casually mentioned during their opening set that, when you play music like theirs, you end up doing a lot of research and reading about a lot of history. From their Civil War slave songs to their Gaelic folk songs, the Carolina Chocolate Drops play music that is unique in the sense that no one these days is playing it. And they do it with such soul and such character that the music in itself is not only enjoyable to listen to, but is culturally moving.

The Carolina Chocolate Drops take you on a time traveling journey with their music, across the world and through the ages. They take the elements of jug bands, folk singers, and Southern blues pioneers- while embracing their proud roots as African American musicians- to create something so good and so real. Plus, you don’t often see bands utilizing the bones these days.

Make sure to check out 303 Magazine’s full photo gallery from the Old Crow Medicine Show concert, including more images of Governor Hickenlooper on the banjo.

All Photos by Camille Breslin.