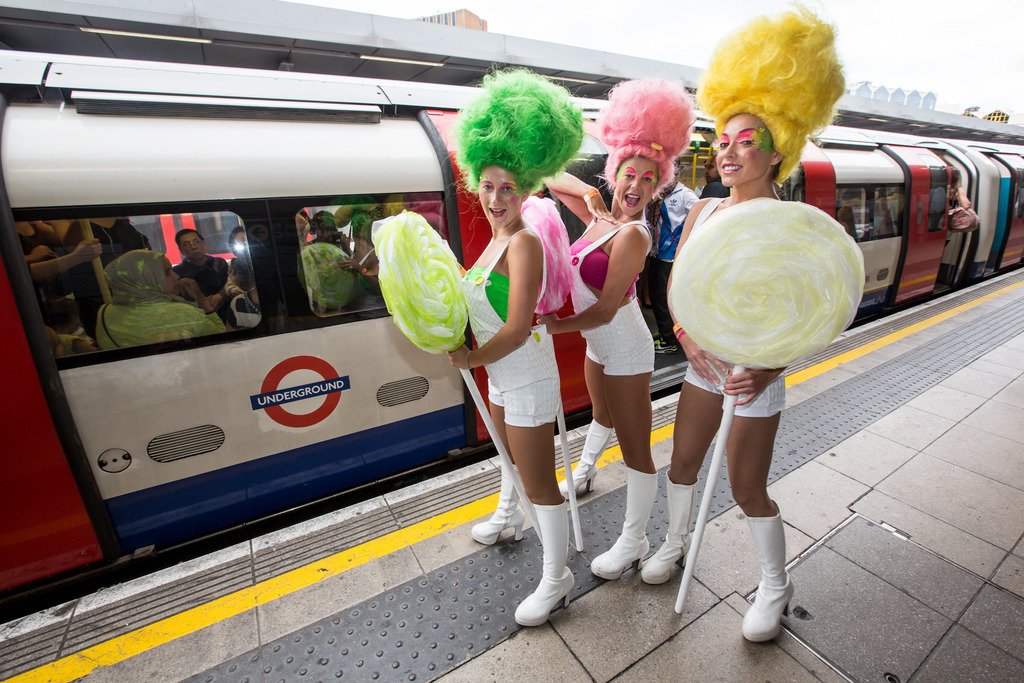 I’m an Electric Daisy carny. That’s the opening line of a song I penned on the flight to London last year for the inaugural UK edition of EDC. And it’s true. I’ve been entertaining EDC festies since 2009, when the main event still took place at the LA Coliseum. From Chicago to Puerto Rico, I’ve performed in every market the EDM carnival has transpired in. How could I skip EDC’s first trip across the pond? 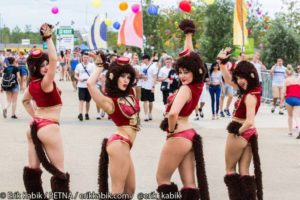 Unsurprisingly, only a few American freelancers made the trek. There was Kelli, the leggy blonde dancer from Dallas, Kelli’s friend Kendyl and Gigi, the busty brunette from LA. Foxie, owner of Southern California’s Fire n Ice Entertainment, was on hand to manage wardrobe—a significant responsibility at any Insomniac event. And Erik Kabik, Vegas photographer extraordinaire, was on the payroll too (I was a bit envious when he fit a Stonehenge stop into his itinerary).

Stratford’s Olympic Park was the venue. I’d been tasked with wrangling a small cast of mascot performers. Normally I perform myself, but my boss had given me a bigger job to go with the bigger journey. My team was comprised entirely of Brits. Delegation was key. Mascot costumes are rarely comfortable to wear—Insomniac’s characters are no exception. The small fan that brings each inflatable to life doesn’t exactly cool the trapped air inside the giant balloon animal you’re strapped into (the ice vests we once wore in New York liquefied quickly). I’m personally too tall for Owlie, though it’s certainly popular with the people. The EDC sign might light up at night, but it’s not exactly lightweight. Visibility is limited in all cases. Fashion over function, as my one-time clothing designer sister used to say.

Toward the end of day two, I was given a new assignment—and a gaggle of volunteers to assist me. A man sporting a large black spider puppet was to make an appearance on the main stage. My platoon of helpers and I would be evenly dispersed throughout the pit, between the lip of the stage and the barricades, armed with packages of stretchy green spider webbing—the kind you can find in pop-up Halloween stores. When the spider puppeteer made his elevated entrance, we instructed those in the front row to pull the webbing over their head and pass it to the person behind them—creating a one-of-a-kind, interactive, unifying special effect.

The third edition of EDC UK blasts off tomorrow at The National Bowl in Milton Keynes. Wish you were there at ElectricDaisyCarnival.co.uk