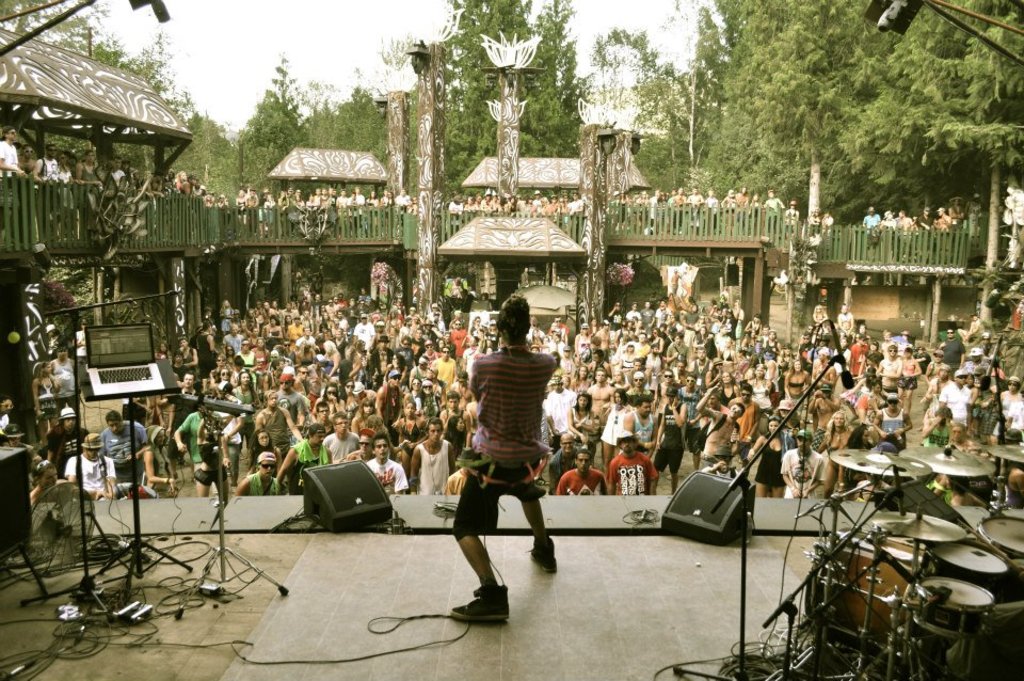 There is nothing boring about Lafa Taylor. He is bright colors, loud patterns, heavy beats, and in-your-face rhymes. To top it all off, he has talent out the yin-yang. Taylor preaches positivity and good vibes through his music in hopes that his friends, fans, and any listeners will catch on.

Taylor recently released his new album, Not One Thing, and is planning on staying busy in the studio all summer so he can keep coming out with high-energy tracks to satisfy your glitch-hop itch.

303’s Music Desk called up Lafa to find out a little bit more about him as an artist and his thoughts on the ever-evolving music scene.

Lafa Taylor: I’m based out of Oakland, but currently in Los Angeles. Physically.

303: You seem pretty entwined with the West Coast bass music scene. How did that collaboration get started?

Lafa Taylor: I’ve always been a fan of electronic music. I started listening to and playing house music back in high school, and making hip-hop around that time as well. Then I went to Japan and did some music out there. When I came back I laid low as far as producing music consistently, but started going to more bass music parties and listening to more bass music. Eventually I linked up with a friend of mine who was playing in my live band, Russ Liquid, and we started a project called Bounce Brigade.

I guess that marked the beginning of when I started producing bass music tracks. Then when glitch-hop started becoming a bigger scene, I was really excited just to see both worlds (hip-hop and bass) start to fuse together. It was exciting to see those two styles merge with each other and come such a long way since then.

303: Why do you think hip hop and glitch seem to make such a beautiful fusion?

Lafa Taylor: I am personally a fan of all music, so I’m always excited to hear two different styles mashed together. I think that really anything can cross-pollinate and make something new and beautiful. But as far as bass music and hip-hop… they go together so well because they are my two favorite genres, so they were meant to be together.

303: You bio describes you as a “world traveler.” How have your travels manifested into your sound and how your career has progressed?

Lafa Taylor: I try to stay moving constantly. I definitely am a nomad. My second album was actually produced while I was in Costa Rica. I made a simple studio that I could kind of fit in a back pack and went on to produce one of my earlier recordings called Hot Winter. It had a heavy influence from what I saw and heard around me. Whatever I’m experiencing influences my music, so naturally if I’m somewhere unique, it will influence my music in a unique way.

As far as Japan’s influence on my music, I was actually in Tokyo last week and while I was there I was working on kind of “hip-hop meets j-pop,” and if you were listen to any of the tracks you could definitely pick up on the Japanese influence.

Oakland has also been a big influence. The track Click Tick Drop was heavily influenced by Oakland. It is an ode to the turf-dancers from the Bay area.

303: I also saw you had a track on your new album called “Eugene,” isn’t that your home-town?

Lafa Taylor: It is. From elementary school through high school basically, I lived in Eugene and grew up there. I love Eugene, it is an amazing spot especially in the summer. The Eugene song I actually made when I was in Eugene last summer, so it is yet another example of how my surroundings influence my music.

303: When you were putting it together, what was your vision for your new album, Not One Thing? 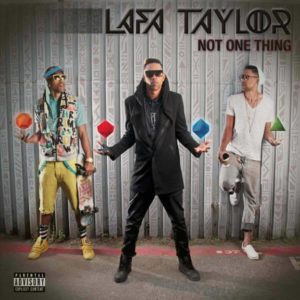 Lafa Taylor – Not One Thing

Lafa Taylor: I had quite a few tracks that were different styles and I really wanted to release them, but I felt they were not exactly the same genre. So that was keeping me from releasing them because I wanted to have a congruent sound throughout the album. Then it dawned on me that I didn’t have to be any one sound, that the album could be made up of many different styles because that’s me, that’s how I am.

I am made up of many different sides, emotions and styles. So I decided I could release it as a journey through my various styles and I could call it Not One Thing. About halfway through the production process I came up with that name and that kind of set the tone for what the album was to be.

303: Summer festival circuit is here, do you have any big tour plans?

Lafa Taylor: I am actually laying fairly low on festivals. I am working pretty hard on my next project. As I said earlier, I took a break from releasing music, so I am really excited to stay in the studio right now and keep creating new content. I toured heavy in the summer festival circuit for the past few years so I am kind of excited to switch it up a bit this summer and do some of the things I don’t get to when I’m touring heavy.

Definitely stay tuned though, cause I love the Colorado fam and how passionate they are about their music and how they just come out for it. I’ve been well-received by people just like me, who love all different types of genres. Definitely stay on the lookout. I’ll be in the mix in Colorado, for sure.

303: If a stranger approached you on the street and asked, “Who Is Lafa Taylor?” how would you respond?

Lafa Taylor: Google me! Just kidding. If a stranger approached me on the street, they would be in my actual presence so I would probably give them some sort of song-and-dance-art-wheel-stunt-hug kind of explanation, because it is hard to describe me in words. But in general, I would say I’m a human being who loves music and expression, and I’m here to mash genres together and express myself through sound. That’s me.