Interview with Morgan Kibby “White Sea” After Boulder Show Down

Alison JohnstonMay 29, 2014
Home
MusicConcerts
5 min read
Yesterday evening at the Boulder Theater White Sea of M83 took the stage with New Zealand alternative rock group The Naked and Famous. The two have been touring around the US together to showcase their talents and establish their presence as boss women dominating the vocals and shredding on the keyboards. The show kicked off early with Morgan Kibby showing off her ability to move through any range of sound with her only her voice.
She commanded the stage with all that she had and so much more. Elegantly dressed in a shear, black ballroom gown with sparkly golden patterns from head to toe (from where I was sitting the print looked like it could have been pineapples, but unfortunately I’m rather short and could be in the early stages of eye sight loss). She is a vision none the less. Aside from the musical shenanigans of last evening, Kibby has taken the time to answer a few questions in honor of her recent stop-off in Boulder. Check out what she had to say about some serious topics of discussion (not to mention the first question, which is a serious dilemma I am faced with day after day). 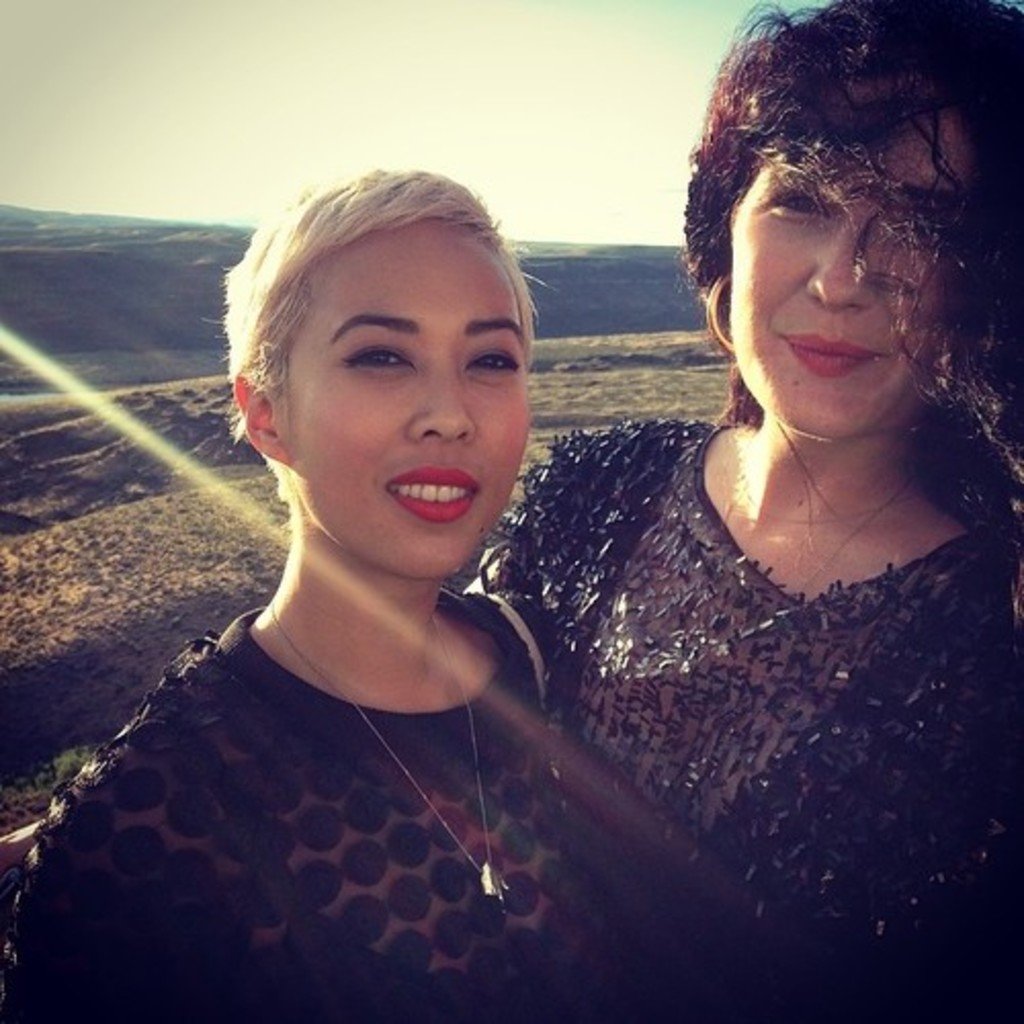 Tacos or Pizza?
Tacos for life.
What moment did you know that you wanted to be a musician?
When I was about 17. I started writing  songs and realized I loved it. I threw myself into songwriting from that point forward.
Do you prefer to sample with different sounds digitally or live record sounds and music on the go?
I think that both have their merits and both serve different purposes. I love real drums but I also have a deep affection for 808s, etc.  They both contribute to the music I love to make.
Do you ever record raw sounds that you hear happening every day and include them in your music?
I’ve sampled my keys, trains, laughter… But it’s not something I’ve thrown myself into! I should.
How did you get into sampling and using computer programs like Protools? How many years have you been recording yourself?
I’ve been recording myself for about 4 years now. I initially learned Protools to produce my first EP because I couldn’t afford a producer and that spiraled into remixing and then production for other artists.

Do you ever see yourself going back to an acoustic music making process?

Absolutely. I have a bedroom recording deep down… I’ll make it someday.
Are you performing at any festivals this upcoming summer?
Sasquatch and Free Press in Houston.
Do you ever do small shows in LA?
Yes indeed… We are actually playing Bardot on June 30th.
Do you prefer to play for a smaller intimate crowd or for a big audience?
They are both wonderful. Large crowds create anonymity and huge energy, while smaller ones foster a great intimacy.
Do you ever get nervous before a show starts?
Absolutely. But once I sing a couple bars I settle in.
Does working with big name artists ever make you nervous? Have there ever been any artistic differences?
I get nervous working with people I admire for sure…I did a remix for a larger artist I was a fan of and it was rejected… That was a blow!
Has anything crazy happened on tour? Anyone climbed on stage and sang with you? Has anyone declared their love for you while on stage?
There was a guy who came to several M83 shows in NYC and used to shout “I love you keyboard girl!” It was the best… I have a nameplate necklace now that says keyboard girl in gold.
Do you have a message for the people of Colorado?
Thank you so much. I’m so excited to play for new ears. X
If you are bummed that you missed out on the SOLD OUT show last night, I have a feeling that she will be back soon enough. All we can do is send her some mad CO love and get that girl back here ASAP. Perhaps for one of our top music festivals that are going on all summer long. For a full list of some summer stars, check out this article from 303 with all the inside details you need to effectively plan out your weekend music adventures in the high and low country.