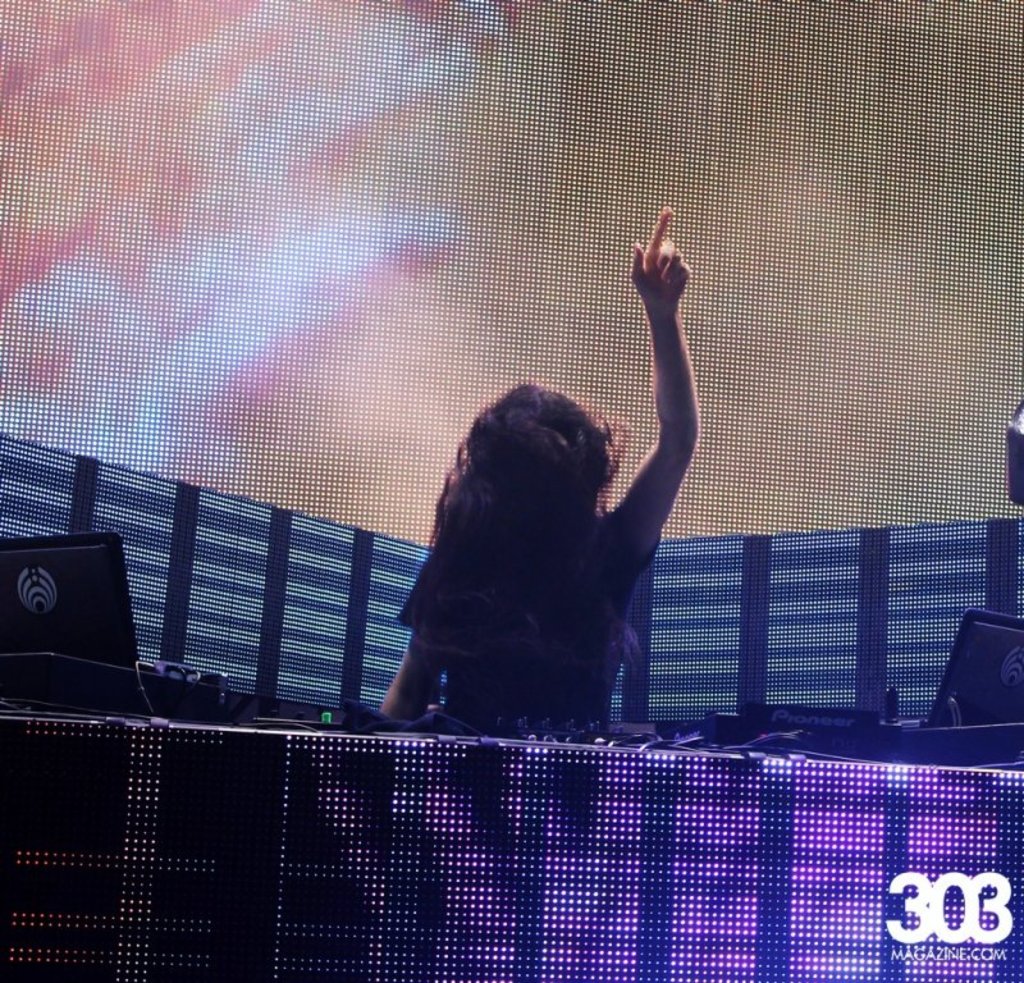 If there’s one thing music fans in Colorado can agree on: we’re spoiled. Between the hottest, most buzz-worthy up-and-coming artists to the well-respected musician who has already carved out their niche — chances are a stop in the Centennial State is included on their touring schedule. The Mile High City is a convenient pit stop and rabid music fans ensure booking Denver is a worthy gamble.

This paradigm is no different for May. Between the opening of hollowed Red Rocks for the summer and smaller venues drawing increasingly impressive talent, there’s no shortage of tasty musical nuggets on your plate. Below are our picks of the 10 best shows to see this month, in chronological order for your convenience.

Friday, May 9 – Saturday, May 10 – Cervantes’ Masterpiece

Performances from the supergroup The M&M’s have been rare since their debut show in New York City last May, so it must have been quite the coup when Cervantes’ landed not one, but two nights with the conglomerate consisting of John Medeski (Medeski, Martin & Wood), Papa Mali (7 Walkers), Stanton Moore (Galactic) and Robert Mercurio (Galactic). Musical talent abounds from the quartet, all respected musicians on their own who’ve spent decades honing their craft.

When veteran electronic producer Kaskade, who’s used to playing massive arenas and headlining Ultra, announced he would be making a stop at NORAD to play house music “the way it used to be,” it sent legions of fans in a tailspin. Tickets were sold out in less than two hours, and a will-call only policy ensures scalping will be all but impossible. This is exactly the way Kaskade wanted it, and those who were lucky enough to snag tickets will be handsomely rewarded. This show will be the exclamation mark on NORAD’s short-lived but acclaimed run in the Mile High.

London-based Shpongle have been crafting abstract electronic sounds since the duo saw a solar eclipse in India in 1996 and tried to re-create the experience through music (no joke). Five albums and 18 years later, Shpongle is bringing a full 12-piece band to Red Rocks in their only U.S. show of 2014. A mesmerizing and transcendent experience is guaranteed. Openers Emancipator Ensemble and Minnesota round out the bill, in what is sure to be an evening of chilled out, psychedelic vibes.

The Pains of Being Pure At Heart

This might as well be an album release party for the New York City indie rock group, as their long-awaited third album Days of Abandon hits the market the same day droves of loyal fans will invade the Larimer Lounge. This occasion is sure to make the show special for the band, who will go on to headline dozens of shows this summer across North America and Europe. 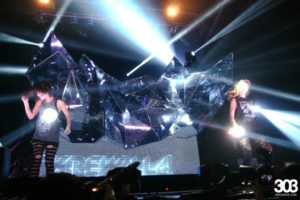 Krewella plays the 1stBank Center in 2013 / Photo by Brent Andeck

Thanks to the continued success of Global Dance Festival and the growing popularity of bass-heavy electronic dance music, promoter Triad Dragons is back with the third iteration of Global Dub Festival. Having booked dubstep stalwarts Flux Pavilion the first two years, fans may have been a bit surprised to see Krewella grab the headline spot this year. The trio had a meteoric rise in 2013, but their pop-leaning sound and live presentation may be the most polarizing in the current EDM climate. Still, a solid set of openers makes the bill attractive, but one wonders how many will stick around to get hyped up by the Krew. 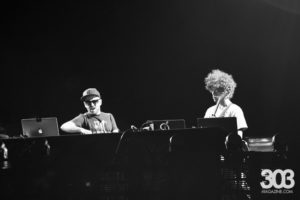 Already featured on our list of top Red Rocks shows to
buy before they sell out, the Slovenian-born producer is a Colorado favorite. His funky, bluesy take on electronic production is manifested in a live setting, with the producer laying down the beats alongside bitchin’ guitar player, Eric Mendelson of EXMAG. Warming up the crowd will be seven-piece funk group Lettuce, along with Gramatik’s label-mates Exmag, BRANX, and Gibbz–call it a Lowtemp Showcase.

The all-girl rock group from California had a breakout year in 2013. Their debut album was one of the best of the year, they played a meme-inducing spot on SNL and earned an invite to Coachella. The sisters of Haim (rhymes with time) are now spending their spring on a sold-out run across America. Part Fleetwood Mac, part En Vogue, these girls go hard and are one of the biggest up-and-coming acts this year.

Ryan Tedder is a certified hit maker, and no songwriter in may be more at the top of their game in 2014. A prolific melodist, Tedder’s talents have taken him beyond One Republic to be featured in the credits of today’s most recognizable pop hits.

His ties to Colorado are also strong: Tedder met One Republic bandmate Zach Filkins during their senior year of high school in Colorado Springs, and Tedder owns the Justin Timberlake-backed Southern Hospitality restaurant in Denver. One Republic is kicking off their summer tour with back-to-back sold out shows at Red Rocks. Next to J.T., Tedder might just hold the crown for current king of pop.

Veteran bass music producer Kill the Noise teams with progressive house phenom Mat Zo for an 11-date run as Kill the Zo. Mystery surrounds what kind of set to expect from the duo but it’s sure to be full of innovative beats from two of the most respected electronic producers around. (Update: on May 8, Kill the Zo released their first track. Listen to it below)

The king of bass returns to Red Rocks for another sold-out two night stay, promising fans new material after spending the first half of 2014 in the studio and away from the touring circuit. More than just bass in your face, Lorin creates futuristic soundscapes that seem to transport you to another planet, or at least provide the soundtrack for the interstellar journey.