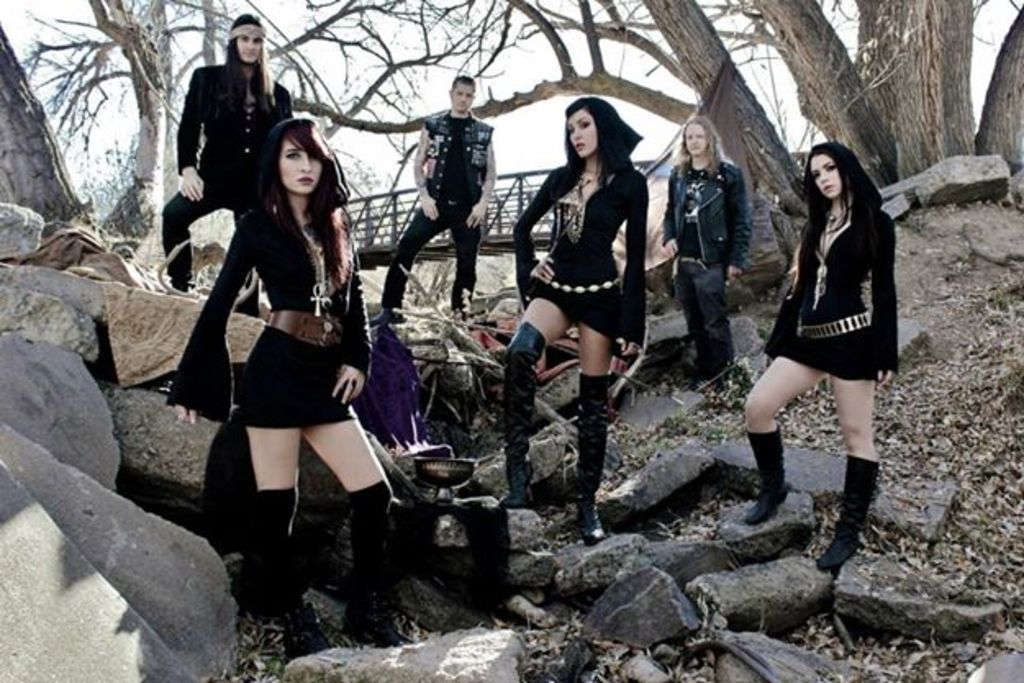 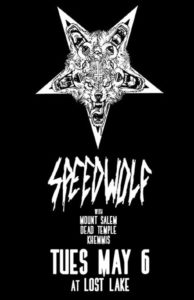 This Tuesday, local metal greats Speedwolf headline a special show at Lost Lake Lounge. Speedwolf are internationally renowned for their biker inspired brand of throwback metal, and they regularly headline shows worldwide, and play locally, as well. They will be joined at this show by special guests Mount Salem, a female-fronted doomy rock band from Chicago, local doom band Khemmis, and another local group, Dead Temple.

Dead Temple are a doom-inspired metal band who have been getting a lot of attention lately for their unique style and three female singers. We caught up with Tyler Weilgozs, the band’s drummer, to ask a few questions about the what the group has been up to.

303: How long have you all been playing together and how did you first get together?

Jade [vocals, guitar] and I had started jamming together first and started throwing some riffs together,then we added Gianni (guitar) and Nick (bass) a few months later;that was in 2011. Jade knew Gianni and we had both known Nick for many years, so we just asked them if they wanted to start trying some stuff out and it just kind of worked.

303: How would you describe your sound?

Our sound is a doomy heavy rock influenced by Coven, Pentagram, Jex Thoth and other music genres.

303: Where did you all come up with the idea for the three vocalists and the costumes?

A few months after we really started getting into having some songs down, we started just talking about maybe having some backrgound girls for vocals and chanting,then when we found Olivia and Nadia and talked to them about it and they were all in, and the ideas we have come up with together have just progressed ever since. Adding more vocal parts and having three different ranges of vocals is something n

one of us had tried before, but it seems to be meshing together pretty well

The costumes just kind of came out of nowhere, but we wanted people to recognize us in our stage show and give people something to talk about and try to be as memorable as possible.

303: What can we expect out of Dead Temple in the future? What do you have in the works?

We are currently in the studio, trying to get some recordings down for a split album, and a little further down the road, a full length album. We have also been working on a few different new songs.

303: How have you been received in the Denver metal scene so far, and what do you think of the local scene?

I personally feel that the Denver scene has taken a liking to us, we have had great feedback from people and have been treated with nothing but respect from every band we have played with in the scene. the Denver metal scene is great and lots of people do a great job at getting out there and supporting local and touring bands.I feel that within the next few years, the Denver music scene will grow even more and be one of the top destinations for bands all over the country. 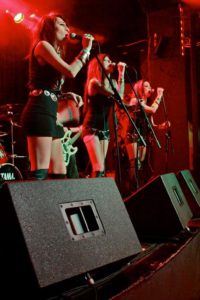 303: Who has been the most awesome big-time act to play with so far?

We have had the privilege to play with so many great bands it would be hard to just say one, but to name a few Pentagram was one of our highlights, along with Spirit Caravan, everyone in those bands are the most humble people I have ever met and it was honor to play with them, Icouldn’t ask for much more.

The show starts at 8pm, and tickets are $5 for early birds, $8 in advance, and $10 the day of the show. Come out to support some of the best and brightest in Denver metal!