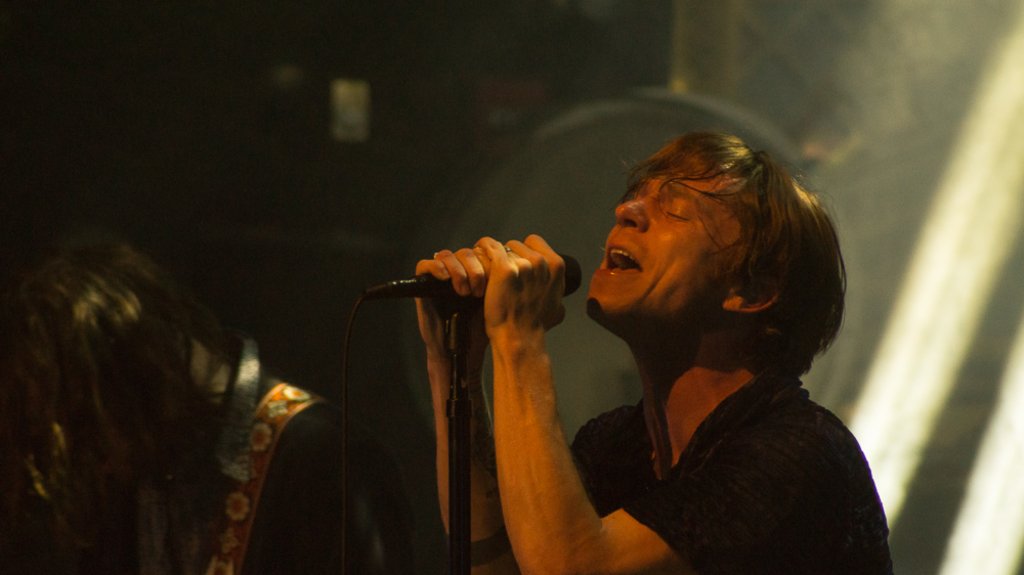 Cage the Elephant wins the crowd in Denver 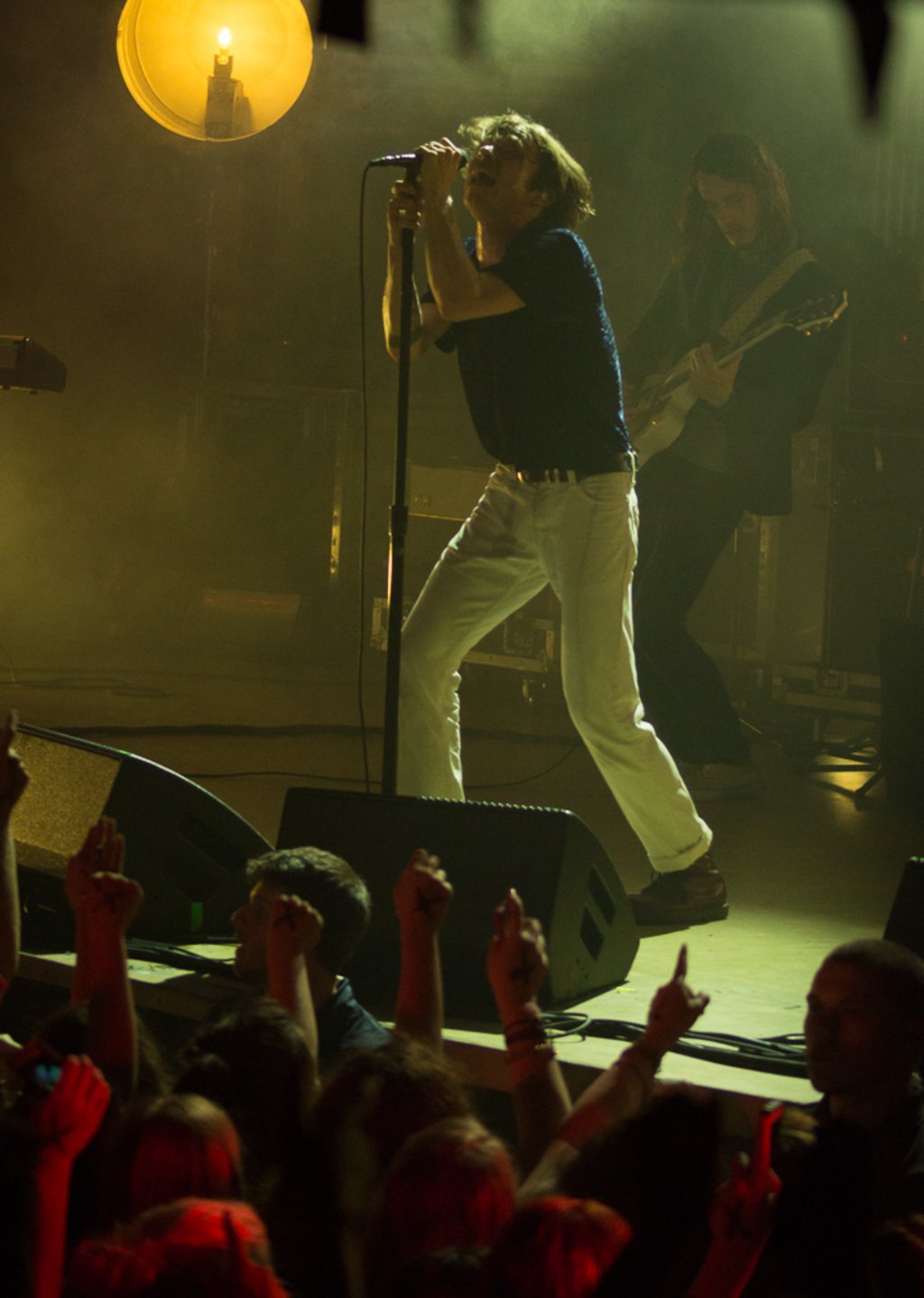 There are two things Saturday’s Cage the Elephant show at the Ogden redefined for me: What sold out really looks like and what high energy really feels like.

At 8:30 p.m., a good 90 minutes before the band came on, the standing room only area was packed shoulder-to-shoulder all the way back to the front door, and the upper balcony had people maneuvering around the wings trying to find any spot left with visibility to the stage. Yeah, good luck with that.

But more importantly, this was one of the most high-energy concerts I’ve been to in a long time. Singer Matthew Shultz, dressed in white jeans and a black shirt that turned a blood red in the blinking lights, danced along to opening song “Spiderhead” like a man just let out of the psych ward.

Apparently, a guitar isn’t necessary to keep up the energy between verses. He took that mic and dragged it across the stage like a victim being strangled. It was all just a little chaotic (a not-so-subtle nod to the song lyrics), and you definitely couldn’t look away.

I’ve struggled a lot with reviewing bands in the past who pull off very respectable vocal performances, but just seem altogether tired. Is a performance bad if the music still sounds good? But hell, if you have your choice, don’t you want a good performance and an act that seems like they’re just as excited to be there as you are? That’s what Cage the Elephant did. Case in point: In the follow-up song “In One Ear” (the only song Shultz noticeably seemed short on breath on—but can we blame the guy?) Going into the chorus, a fan in the front row started spraying everyone around him with a water bottle. Not be outdone, Shultz launched himself head first into the crowd. And this was just song two. 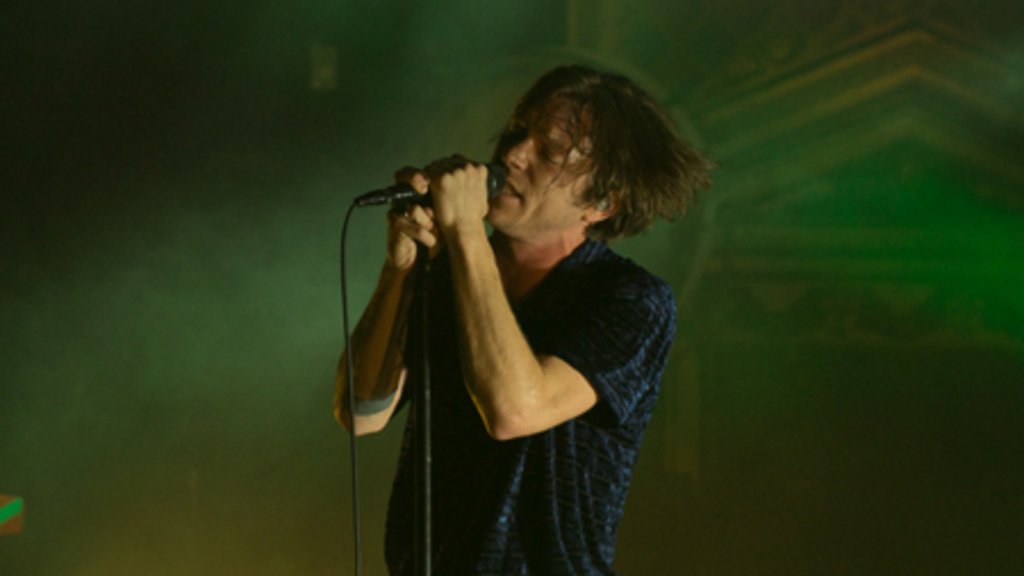 The critic in me started paying attention for that loss of breath—if the antics were affecting the performance—but after this, the vocal control only got stronger.

“Cigarette Daydreams” slowed things down a notch with a more stripped-down song from the new album. If anything, when Shultz’ vocals take center stage (with the keyboard taking lead and the guitars and drums pulling back), it just showcases his range—he really has no need for a falsetto to get on up there.

He does have a tendency on these slower songs to keep his eyes closed the whole time, but even without eye contact, with his sweat-drenched hair and tight grip on the mic, you believe his conviction. This is a guy who pours everything into a live show.

Of course, we can only stay low key for so long. “Cigarette Daydreams” was followed by the highest energy song of the night “Ain’t No Rest for the Wicked.” From the first strums of the guitar, the crowd went wild, singing along to every word of the song. 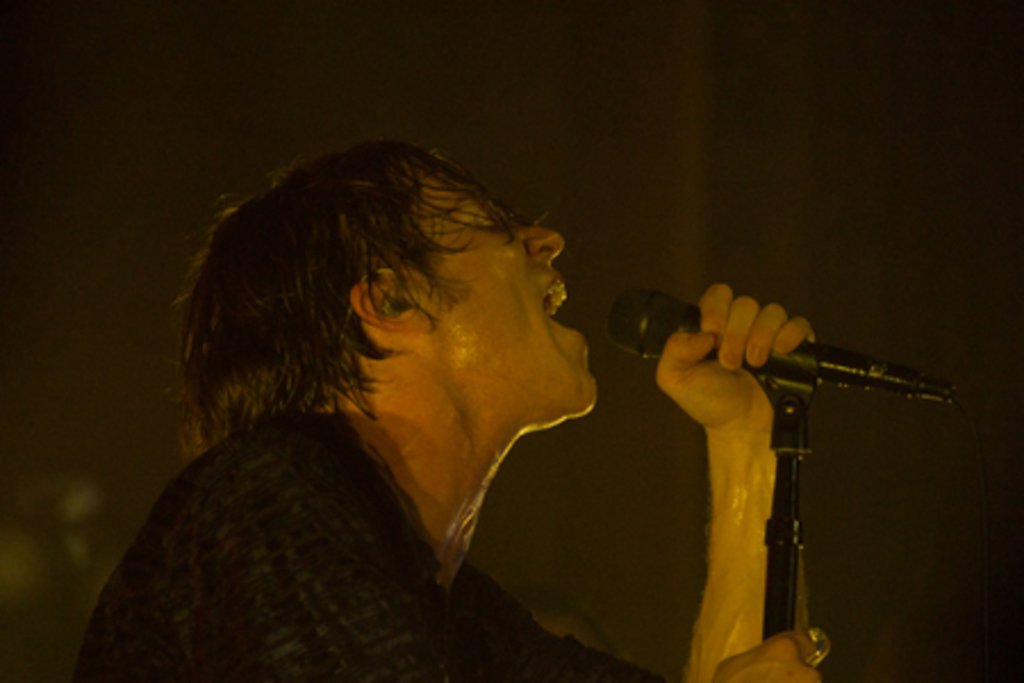 This play on dynamics was best shown in “Telescope,” another track off Melophobia, where Shultz attacked the chorus with full power, but pulled back to much softer verses.

But I’m sure Denver doesn’t remember the night for its quiet moments. Shultz was a crazy man in the very best way possible.

After a manic performance of the encore song “Sabertooth Tiger,” he dove into the crowd once more—this time swimming out much further. He got the crowd to raise him up on both feet cheerleading-pyramid style while singing the last verse–which seemed like an epic enough grand finale.

But he wasn’t done yet. He somehow pulled himself onto the balcony with the help of a few Denver fans. Yes, the guy was standing on the second level. He motioned for the crowd on the ground floor to come near, which they immediately obeyed, before he fell down into their (fortunately) ready hands. Denver’s got his back.

And as if he hadn’t just gotten high enough, a baggy of that recently-made-legal herb made its way onto the stage, which he reached down and grabbed with a smile that said nothing short of “Right On!” It’s as if the crowd had the last word: “Thanks for the great show, Cage the Elephant. Here’s something to remember us by.”

View a complete photo gallery of the night (including opening act Foals) by 303’s own Kiddest Metaferia here.