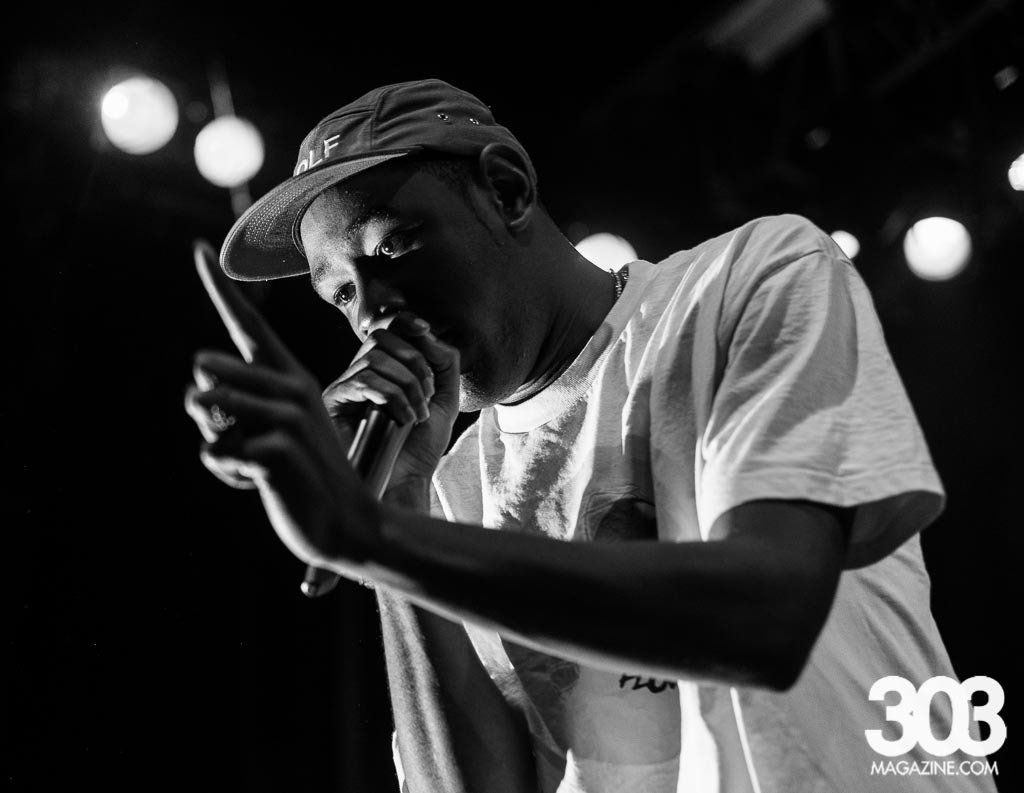 If you haven’t yet heard of one of the craziest goons in the rap game right now, you must have been living under a rock. Tyler The Creator is one of the rowdiest performing artists in any genre, and that insanity was certainly brought to Boulder when he played at The Fox Theatre this past Thursday, April 24th. Tyler The Creator has been moving up quickly in the music industry over the past few years, releasing his first two albums between 2009 and 2011, entitled Bastard and Goblin, respectively.

Tyler began collaborating with friends and fellow artists, creating the alternative hip-hop group, Odd Future. Odd Future became known not just for their rhymes, but also for their crazy and hilarious antics, which were usually led by none other than Tyler The Creator himself.

Since then Tyler The Creator and his Odd Future companions have run rampant, making music, performing for fans and generally having as much fun as humanly possible. That vibe and energy have become a trademark of Tyler and the Odd Future gang, making them much sought after headliners. They have even earned them their own comedic TV show called Loiter Squad.

Despite the incredible amount of fandom surrounding Odd Future and their shenanigans, sometimes things do get out of hand. Tyler The Creator was recently arrested after SXSW Music Festival in Texas, apparently for inciting a riot. This was not the first incident where Tyler has been arrested at a show. None of that seems to matter to fans though. They continue to claw their way into the mosh pits just to get a glimpse of Tyler The Creator making some weird face on stage before diving into the crowd. And Boulder was not disappointed. 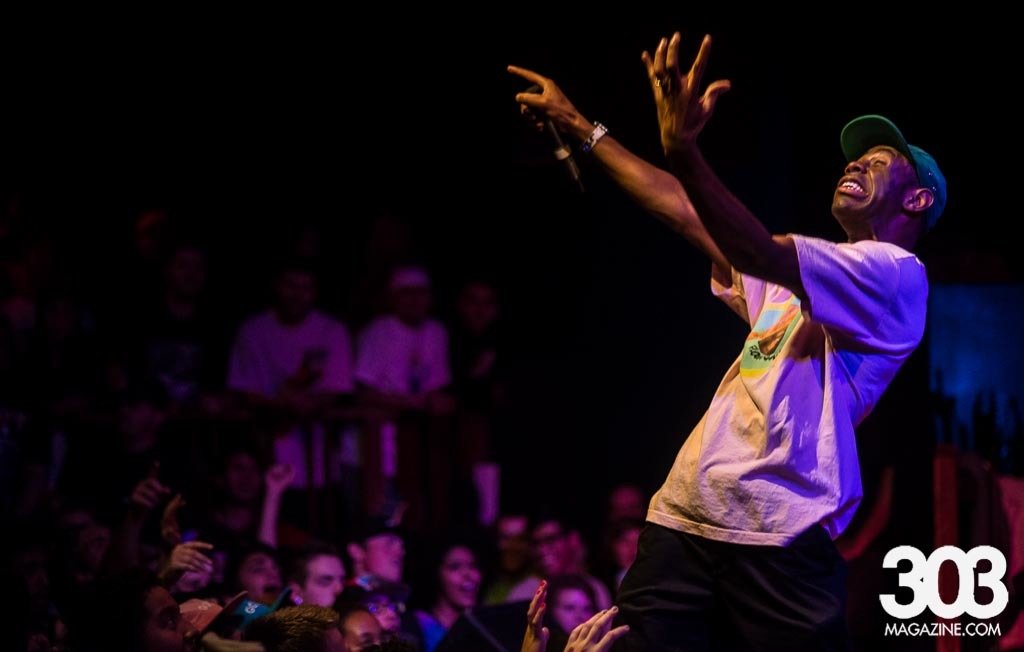 Tyler got right down to business, mobbing out on stage with his entourage. The Odd Future gang whipped the crowd up into a frenzy within moments in their signature fashion and began spitting rhymes to some of their best and most popular songs. The mosh pit grew, consuming the dance floor and trapping audience members inside. Tyler dominated the stage, stomping around and being his charismatic self while rapping furiously.