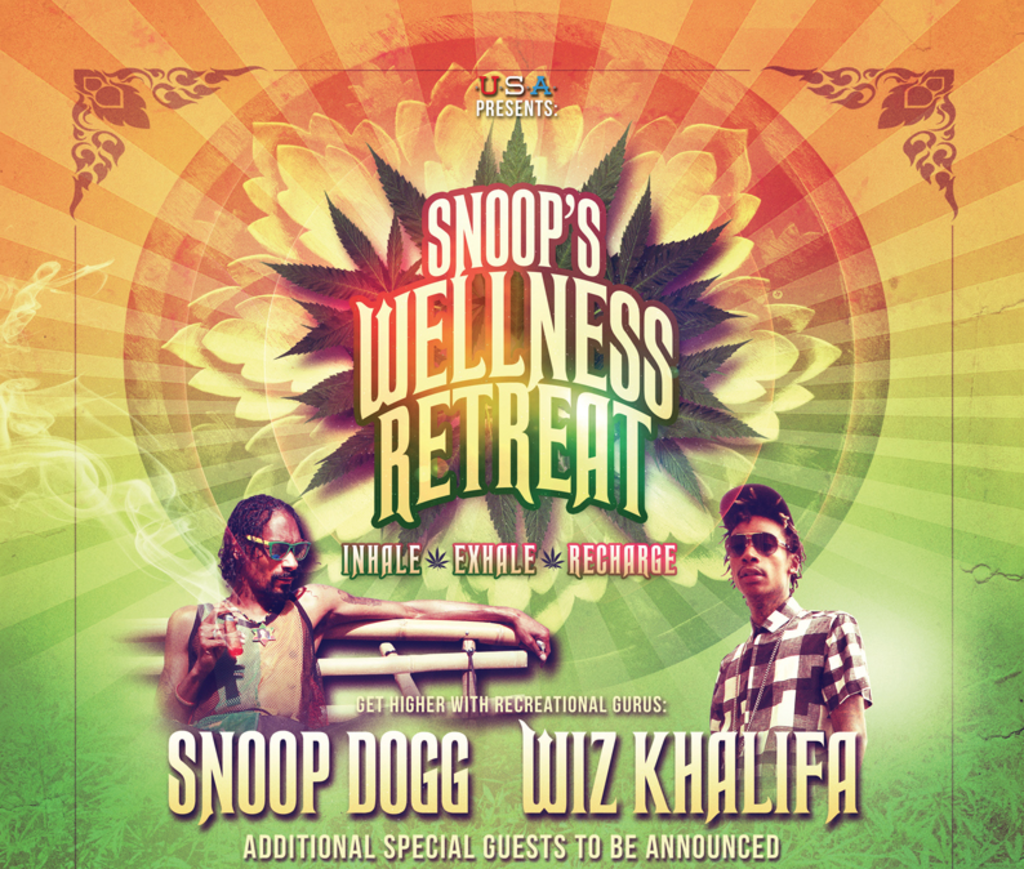 Sneak Preview: 10 Shows You Must Attend in April

It’s April, which means we’re getting closer to the madness that is the summer concert season. As the weather warms and the days grow longer, we’re inundated with choices for our concert-going dollars. Simply put, we’re leaving the famine and heading into the feast. If time and money were limitless, you’d attend every show, right? Unfortunately, hard choices must sometimes be made. To help separate the wheat from the chaff, the 303 Magazine music team has devised a list of the top 10 must-see shows to help guide you through April.

Take my hand, I’ll guide you to the promised land of April concerts:

1.  Snoop Dogg’s Wellness Retreat featuring Wiz Khalifa, Sunday April 20th at Red Rocks $59.50-$100. This is the big one, the one show this month that you need to attend. Everybody knows that April 20th is going to be a huge deal this year in Colorado and nobody embodies the 4/20-lifestyle like Snoop Dogg. The Doggfather will be hosting a “Wellness Retreat” at Red Rocks with Wiz Khalifa, YG, and Smoke DZA. The show is sold-out, but this show is worth a visit to your friendly neighborhood scalper. You don’t want to spend you Easter just looking for colored eggs do you?

2.  Decibel Magazine Tour Wednesday April 02nd at Summit Music Hall $26-$28. Come and feel the noise with a serious gang of metal greats. Headliners Carcass lead an all-star ensemble guaranteed to whet your appetite for destruction: The Black Dahlia Murder, Gorguts, Noisem, and Vimana. Canadian metalheads Gorguts make this show worth attending, but thrashers Noisem have my vote for band most likely to steal the show (have you heard their album Agony Defined? It’s pretty sweet).

3. Arcade Fire, Wednesday April 23rd at the Pepsi Center $30.50-$70.50. Indie darlings Arcade Fire are bringing their biggest tour yet to Denver. Arcade Fire has proven time and again that they deserve their ever-growing fame, so this show is pretty much a no-brainer. As a bonus, attending this show will score you some hipster cred, but you’ll also be supporting tUnE-yArDs and Kid Koala—two legitimately fantastic up and coming artists.

4. Childish Gambino, Tuesday April 29th at the Fillmore Auditorium. The reason there’s no more Troy on Community, Donald Glover’s hip-hop split personality Childish Gambino took the Internet (at least the really nerdy parts) by storm. Glover’s one of those talented people who appears to be both a really talented actor and musician—but how is he live? Only one way to find out. Go to enjoy Because the Internet live or go to heckle him for leaving NBC, either way, go because this is a show worth seeing.

5. Gogol Bordello, Wednesday April 29th at the Boulder Theatre and April 30th at the Ogden Theatre $40. Gogol Bordello area a delightfully off-kilter “gypsy punk” band that mix new world punk with old world folk music. The only band you can see live this month named after a Russian author, Gogol Bordello puts on a very fun (and very lively) live show. Pack your glockenspiel and go!

6. Taking Back Sunday, Tuesday April 1rst at the Ogden Theatre. Taking Back Sunday are playing on a Tuesday? Better “MakeDamnSure” you’ve got tickets to this one, because the Amityville rockers are touring in support of their latest release, Happiness Is…, which is really good. This show is now sold-out.

7. Mobb Deep Saturday, April 26th at Cervantes’ Other Side $25. Over two decades old, the acclaimed rap duo Mobb Deep have been to hell and back. Despite a lengthy, successful career, rappers Havoc and Prodigy aren’t content to sit back and rest on their laurels. Their eighth studio album, The Infamous Mobb Deep, comes out at the beginning of this month. These guys are living legends and shouldn’t be missed.

8.  Architects, Friday April 25th at the Marquis Theater $14. Awesomely melodic, yet also frighteningly ferocious, British metalcore band Architects are more interesting than their innocuous name might suggest. The band just put out a great new album, Lost Forever//Lost Together, which was recorded with the aid of two cases of throat lozenges. Definitely go and see this band, but definitely do not forget to pack some ear protection: these guys play it louder than loud.

9. Dan Croll, Thursday April 10th at the Larimer Lounge $12.75. The past two years have been a whirlwind for British singer-songwriter Dan Croll. His debut single “From Nowhere” was released near the end of 2012, last year the song was included in the mammoth video game event Grand Theft Auto V, and last month he released his debut album Sweet Disarray. You can catch a rising star at the Larimer Lounge when Croll brings his Paul Simon-esque brand of indie folk and non-threatening sweaters to Denver.

10. CHVRCHES, Thursday April 24th at the Ogden Theatre $25-$30. CHVRCHES are a great electro-pop band from Glasgow. Combining shimmering synthesizers with great hooks, CHVRCHES have taken the indie world by storm. The Scottish trio’s show at the end of the month is going to be good, don’t miss out.

Don’t forget to PURCHASE YOUR DFW SEATS TICKETS BEFORE THEY SELL OUT!