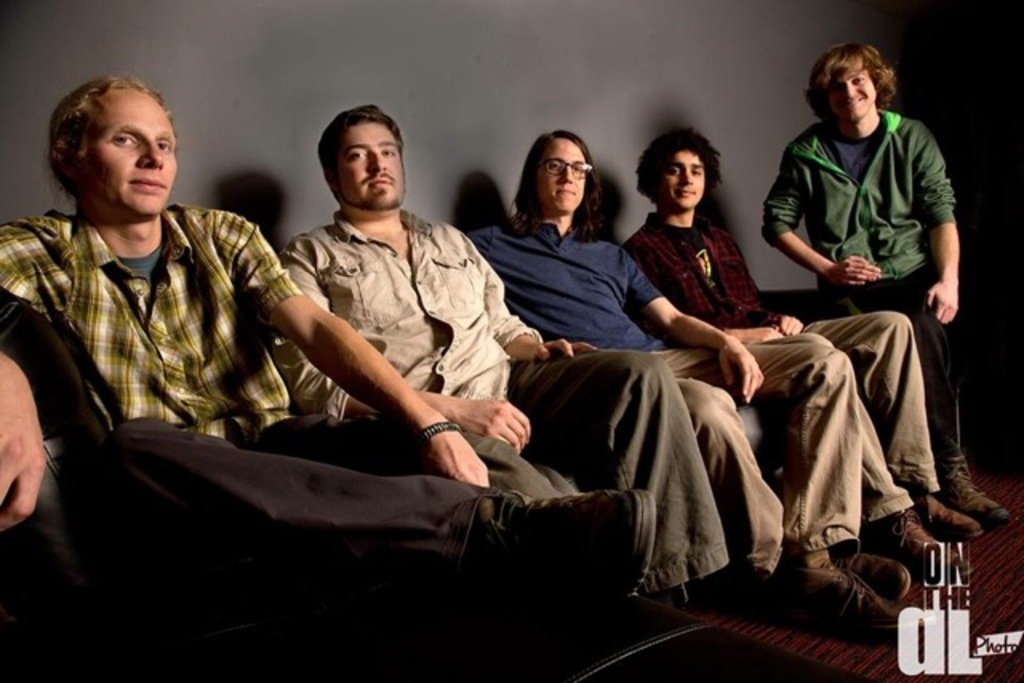 An Interview with Scott Hachey of The Magic Beans

303 called up Scott Hachey, of the Magic Beans from Boulder, to find out a little more about their band, and hear what they have in store for their upcoming show at the Bluebird Theater on April 19th, as well as the rest of their summer.

The Magic Beans began playing together about two years ago, and have since become one of the most notable electro-jam fusion bands to come out our area, playing shows with members of long-established bands such as String Cheese Incident and Leftover Salmon. Not including their latest album, all of their music is available for free download on their Bandcamp site.

303: First off, how did you guys decide on the name The Magic Beans?

We like the word magic and there is a really cool Jimi Hendrix quote where he says “music is magic and magic is life”, and we always thought music was really magical. So we like that word to describe the band and the music we play. It fits the whole bluegrass thing we put out and brings it all back down to earth, so that is basically where it came from.

303: So you guys have been touring quite a bit over the last month, how do you guys keep entertained on the road?

Well, we have a good time on the road. Our band is full of characters, as well as our crew so there is never  a dull moment since we are always cracking jokes and having a good time. But we do have a N64 in our van, so we kill time a lot of time with that while we are driving around.

303: You guys just released your second studio album, Sites and Sounds. Tell us more about what went into this new recording.

What went into the album was about the past two and a half or three years of hard work. It had been a long time since we had released our last album, so the band has come so much farther since then. We put out our last album within a year of getting together so it is really raw, whereas this sound is far more developed.

It has got two CD’s included because, since there was such a huge time lapse, we had a bunch of material we wanted to put out on the album so we put it onto two disks. We decided to arrange it in a way that would be easy for the fans to listen to. So we have Sites which is side one, and that is more of our bluegrass and rock kind of stuff. So it is more for the daytime or when you are just chilling. Then the other side is called Sounds, which is our more funk electro sound, for when you are at a party or with your head phones on feeling more groovy. We wanted to combine all of our sounds on one album and we are pretty proud of what came out of it. 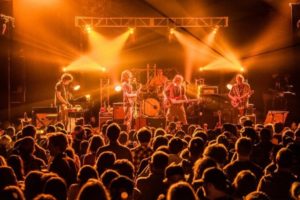 303: Where is it that you guys derive your musical inspiration and influence?
Well we all grew up listening to classic rock so we are very influenced by that, but as we have gotten older we have developed a more in-depth musical interest. We all got into jam bands throughout high school and that is where we derived our improvisation from. String Cheese Incident and Phish are huge influencers for us.

As of recently, we have been more influenced by our contemporaries and the people we get to work with in the Colorado music scene and on the road – people like The Motet, who are one of our biggest musical inspirations, and other bands like Infamous Stringdusters and Greensky Bluegrass. All the local bands we work with are our buddies so it is cool to have a healthy competition with each other. We are all working towards being better musicians so that is our biggest inspiration now – just our friends and the local music scene.

We met when some of us – myself, Hunter and Josh, were going to CU and we all moved up to the canyon [outside of Boulder]  because we were getting noise complaints for  jamming too loud. We threw a big party where we bussed about four hundred people out to our house and it was ridiculous. We played at the party and a bunch of people encouraged us to start finding some gigs and take it to the next level, which we had talked about but it really took a push from our friends to get together and get serious about it. We didn’t have any songs at that point so we used some bluegrass songs I had written and then expanded into funk music and that is pretty much where the whole idea for the band came from.

303: You all are playing at the Bluebird tomorrow. Anything special planned?
We have some new material we will be playing and some new covers we are going to drop. Other than that, people can expect the same shameless dance party that they have come to expect. Also it is our good friends the Technicolor Tone Factory’s last show ever before disbanding. We have played a lot of big shows together with them so it is really coming full circle. Everyone should really come out early for their last show if they can.

303: When you guys hit the road again pretty soon, what are you guys most excited for with the rest of your upcoming tour and this summer?
We are really excited for next week because we are playing the late night show for Phish at Jazz Fest. New Orleans is amazing and we are really pumped about it. We are also pretty excited for Beanstalk, the musical festival we put on every year up at Statebridge in Vail.

303: Lastly, what is on the Magic Beans agenda for 4/20?
We will most likely be sleeping in after our party on 4/19, then going down to let loose and smoke doobies at the Leftover Salmon show out front of Cervantes.

The Magic Beans will be playing tomorrow night at the Bluebird theater, with doors opening at 9 pm.

The members of the Magic Beans includes: