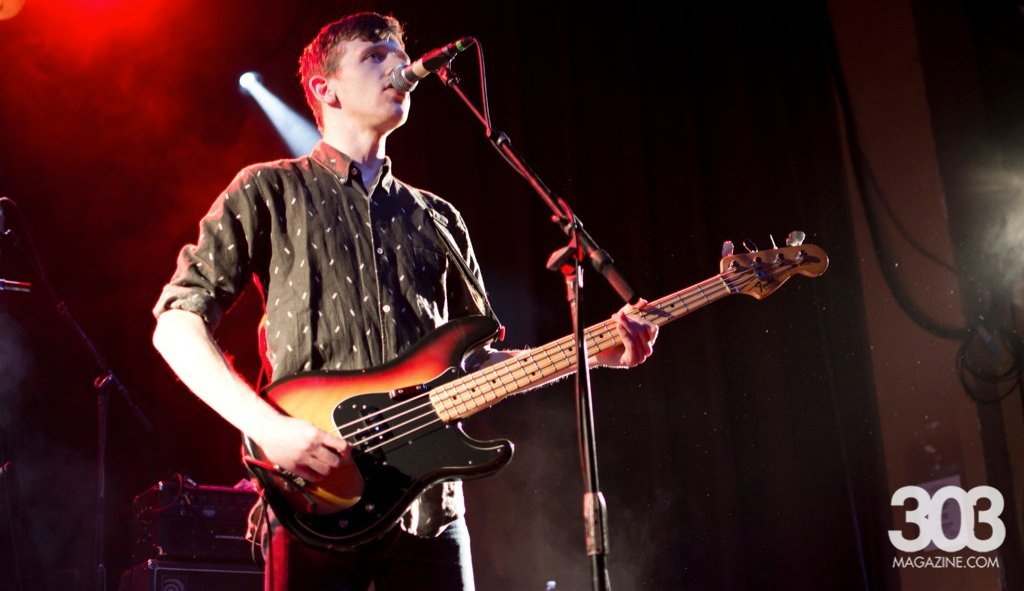 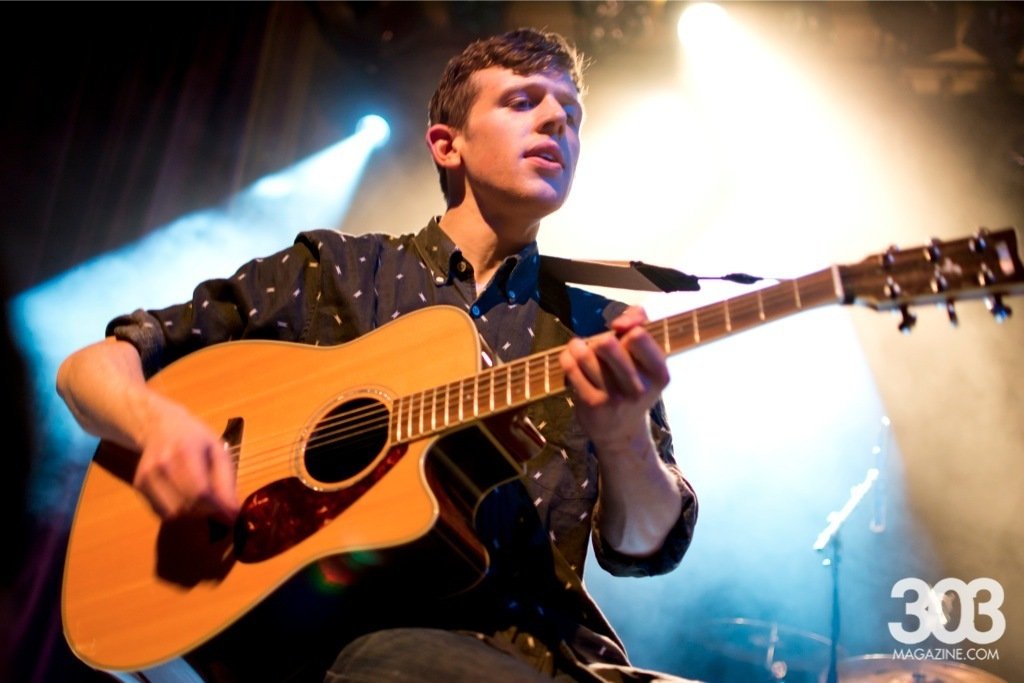 Tokyo Police Club made a name for themselves with upbeat indie-pop tracks that move along at breakneck speed. (Most of their earlier songs cut off at around the two-minute mark.) But during Monday night’s performance at Denver’s Bluebird Theater, the band showed that, if anything, they get better as time goes on.

Defying that short, pop explosion of earlier years, the night started off with “Argentina”, the epic nine-minute track of their most recent album, Forcefield. I’ll be honest, the song didn’t really capture a lot of that grandness from the album. The keyboard and guitars felt a little muted and the vocals lacked some energy. Maybe the audience caught on to that a bit because a lot of people just kept on talking through the first song. 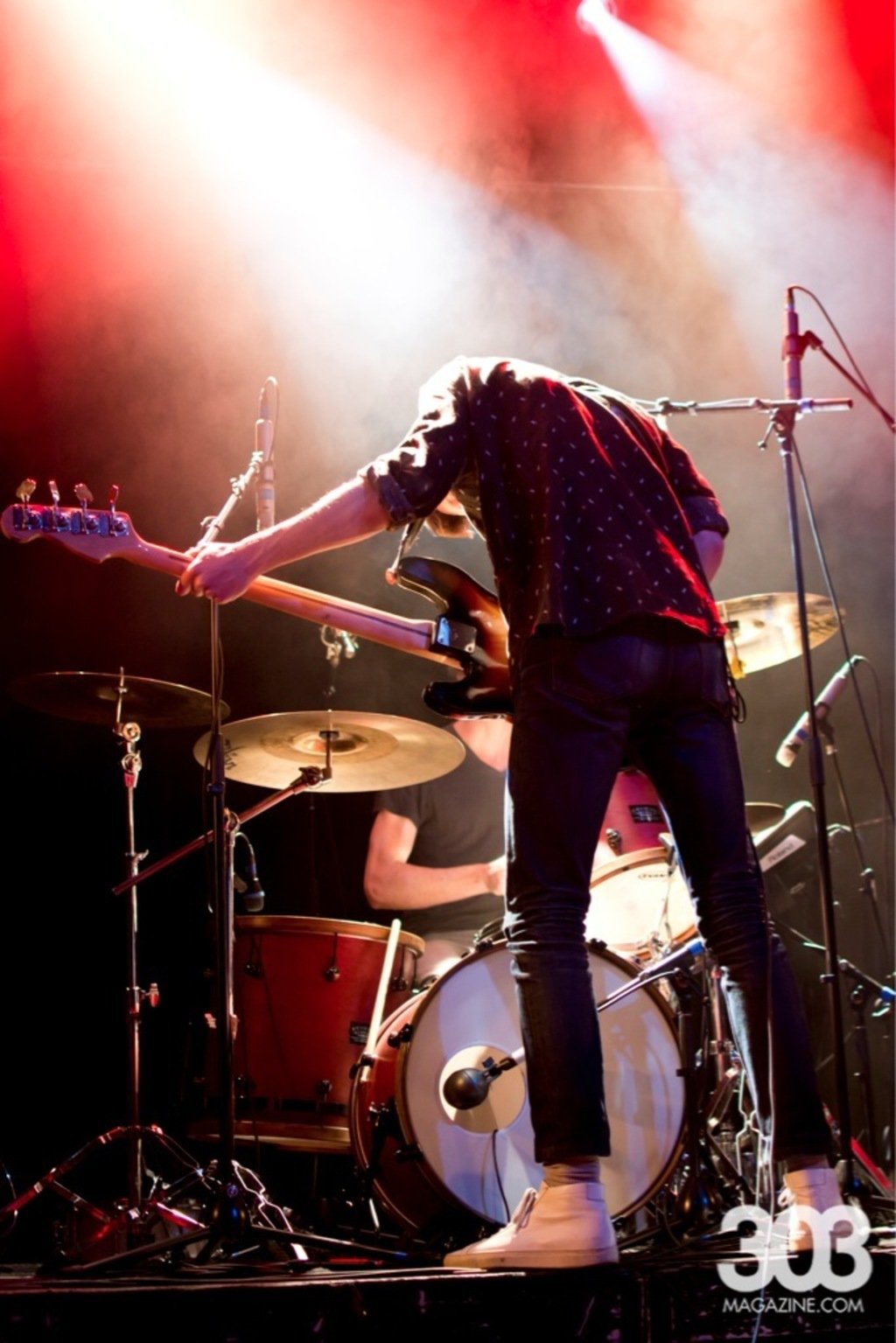 I think one thing you have to sort of get over if you see these guys live is that while the records rely a lot on these synth-driven melodies, the instrument doesn’t really carry itself as well on stage. I found as the night went on, you could kind of hear it peeping through, making the songs recognizable, but it wasn’t defining the songs. Eventually, I decided this wasn’t necessarily bad–it was just a different experience hearing the songs live.

The good news is you can focus on different textures of the song. Namely, singer David Monks can really, really sing–which with all that extra stuff going on in their records is something I haven’t really focused on before. I was first sold on “Miserable”, three songs into the set. A lot of these songs have very fast, staccato lyrics and are clearly written for a tenor voice, but you never notice him losing his breath or straining for the notes. He looks very young on stage, complete with hipster skinny jeans and flannel shirt, but four albums into his career, he performs with the vocal poise of a professional.

Even if I was starting to warm up to the slow start, I was actually surprised to see how mellowed out the crowd seemed. The next song, “Favorite Color”, is a fan favorite from Champ, and barely had people swaying. I think what kept things going was the real heart-thumbing pound of Greg Alsop hitting the bass drum.

With the very next song “Toy Guns”, the band finally hit their stride and things stayed high energy for the rest of the night. Monks, who had been relatively motionless all night, jumped up and down at the end of the first verse “Are you thinking what I’m thinking of?” while hitting his temples. Well, I don’t know about him, but I was thinking “We finally got ourselves a show!” 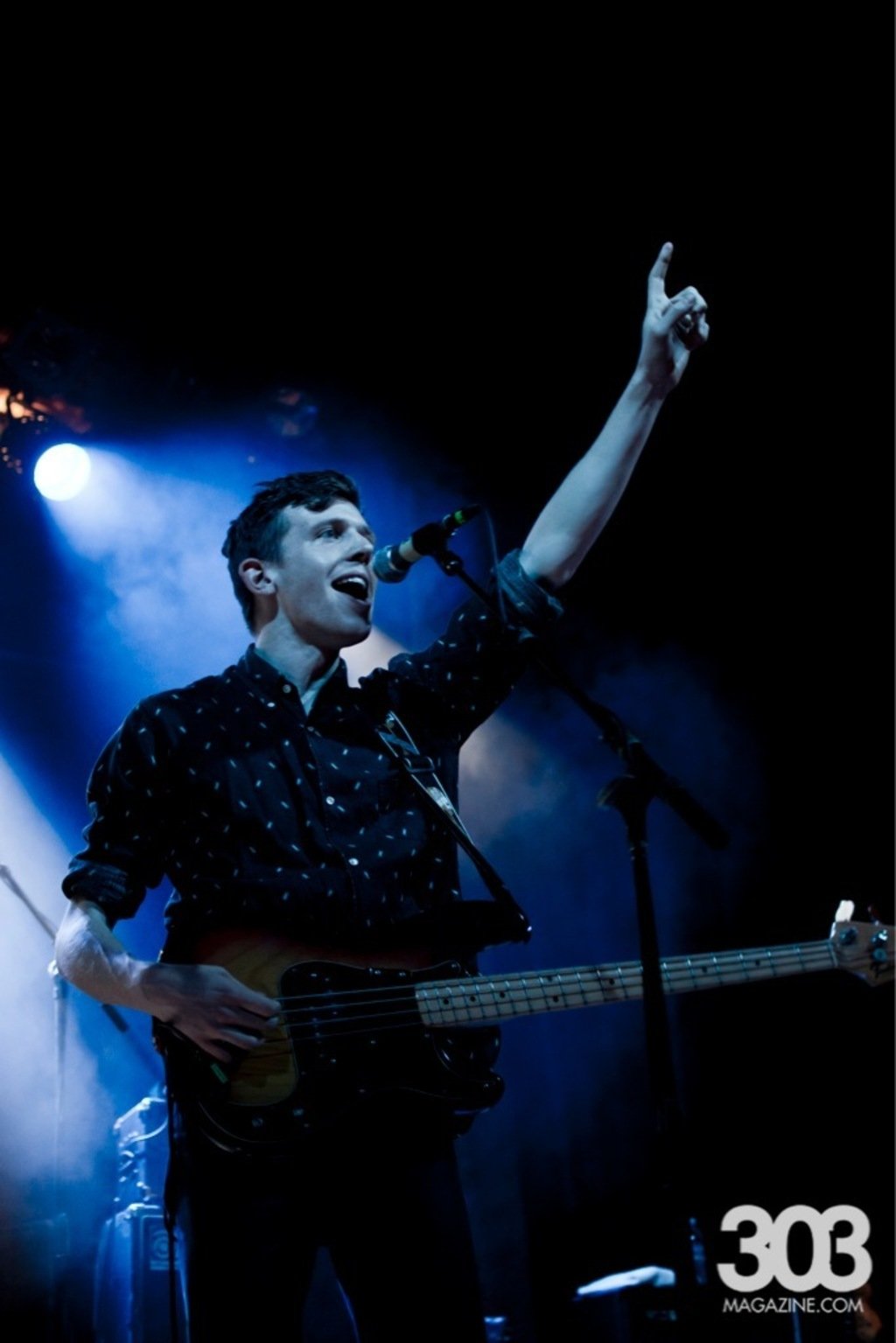 “Breakneck Speed”, “Frankenstein” and “Bambi” got the crowd singing back and clapping. Maybe Denver fans were just all about the older songs, which the band hit in the middle of their set.

I thought they were nailing the newer songs too–and showing a lot more variety musically and in dynamics. “Gonna Be Ready” toned down the more dance-driven songs for a vocal that had a lot of emotional intensity and was even a little haunting. “Hot Tonight” caught all of the energy of the band’s recent music video, yet barely had people moving. I just didn’t get it, but I guess it’s normal to come for your old favorites. Maybe with Forcefield coming out just last month, there hasn’t been enough time to burn these songs into fans’ hearts. Or maybe Monday’s crowd was still recovering from 4/20. “It must be weird becoming the weed state,” Monks mused going into “Hot Tonight”. 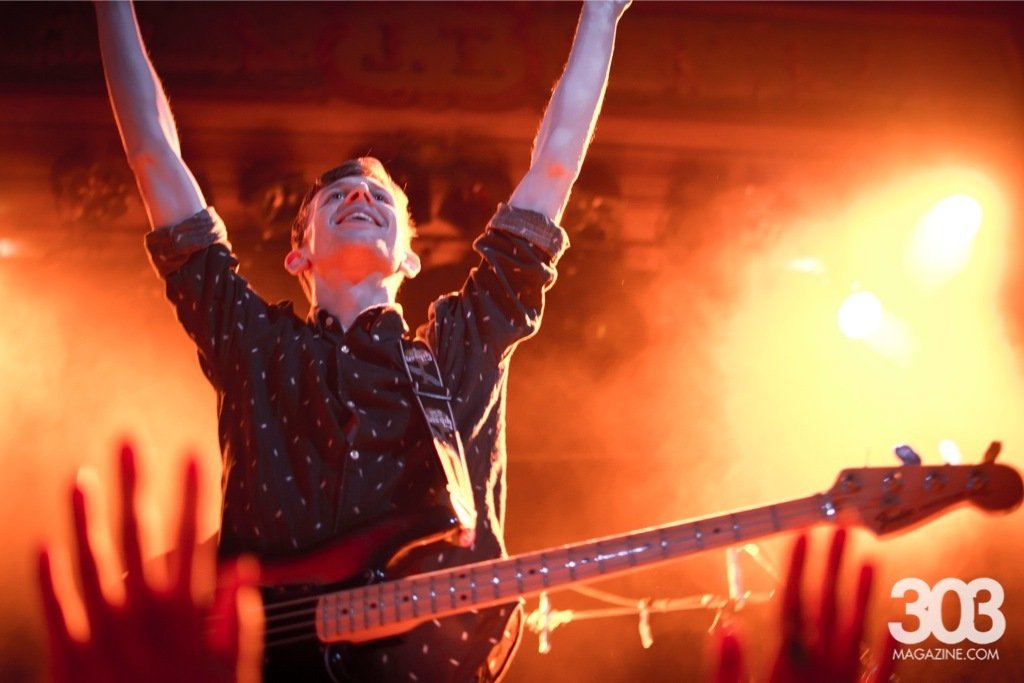 But the crowd was definitely into “Juno”–as they should have been. The vocals were really tender and smooth, accompanied by soft guitar and drums that didn’t try to overpower, which made the payoff midway through the song when everyone comes in way more powerful. The crowd sang along to all the “ooohs” creating a really nice crescendo effect.

Just as everyone was getting into it, Monks asked if everyone could be really quiet and the crowd was treated to an acoustic version of “Tessalate”, with Monks sitting on the edge of the stage with an acoustic guitar. It was a nice way to kind to come back down to earth before the show ended with 2007’s “Your English is Good”.

I’d say over all, the night was pretty solid. The band’s real struggle is capturing all of the energy packed into those two-minute bursts of power on their albums. But when they did, they really did.

For more photos of the show, as well as photos of opening acts Said the Whale and Geographer, check out Adam Ripplinger’s gallery here.