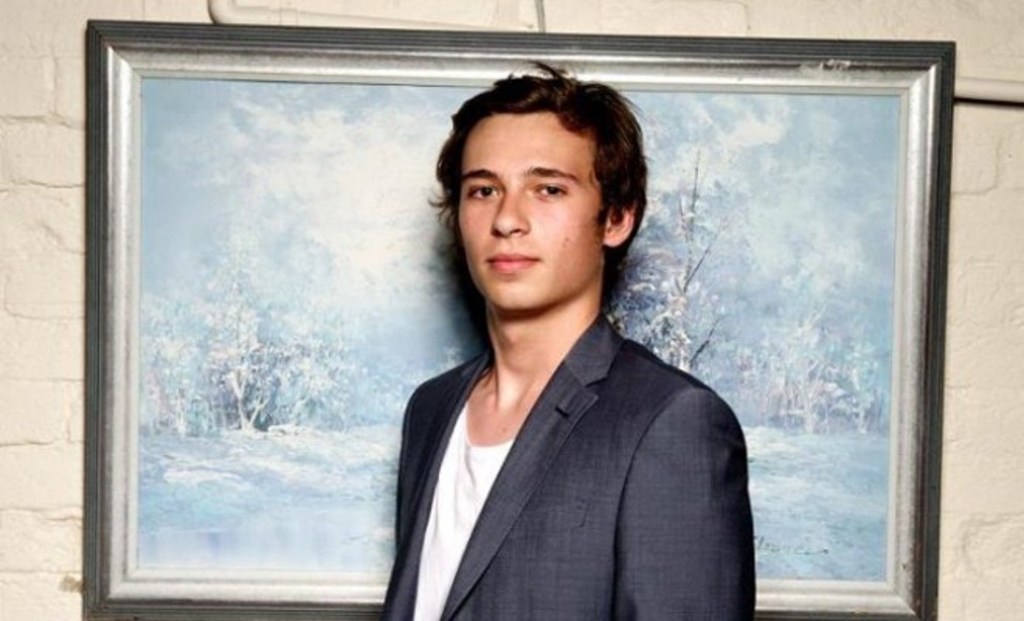 In between Coachella weekends, 22-year old electronic producer, Flume, made a special stop in Denver last night to play a sold-out show at Gothic Theater. Much has changed for Flume aka Harley Edward Streten, since his last performance in Colorado at Fox Theater last September. He celebrated a birthday, released his critically acclaimed Lockjaw EP with fellow Aussie, Chet Faker, and won three ARIA Music Awards, including Producer of the Year.

After spending the early months of 2014 recovering from extensive touring, Flume is back on the road, playing spring music festivals and gearing up for a massive summer tour across the U.S. and Europe. 303 Magazine caught up with him before he dazzled fans with a nearly two-hour set last night, and discussed working with Chet Faker, his intense tour schedule and how he’ll end 2014.

303 Magazine: You just played Lollapalooza Chile. How was that?

Flume: It was really fun. I had never played in South America before. Everyone was so excited.

And you just went to Thailand and Argentina. Seems like you know how to take advantage of the little free time you have.

Yeah, last year I spent most of my time touring. I was pretty much under the gun the last two years. I realized that I needed to chill for a little bit and take some time off. I said ‘no’ to everything, basically, for a few months so I could write music and do nothing.

That’s smart. How do you survive long stretches of tour?

I try to stay as healthy as possible. I avoid fast food at all costs. And I try not to drink too much, but that’s really difficult when you’re on the road [laughs].

I take it the latter is a lesson you learned when you first went on tour?

Yeah, I was so excited and not even 21 years old yet. I was 20 the first time I played in the U.S. for CMJ. I stayed up really late and drank lots. As tour went on, it got to be a bit boring. I take it easier now, although I still have a lot of fun.

You’re known for your own production, but also for your remixes. Why do you think your remixes stand out as much as your original work?

I take kind of a different approach with my remixes than other artists. I put a lot into my remixes. I don’t actually use many parts of the original track. I basically produce my own track, and then work in parts from the track I’m remixing. It seems to me, people like when a song is completely flipped on its head and doesn’t sound anything like the original version. I think my Disclosure remix is a great example of that. Essentially, I just used the vocals. I’m about to release a new remix and it is also like this.

Rolling Stone said your debut album is “scarily close to perfect.” Do you agree? How do you know when a song is perfect, or at least perfect enough to stop editing?

That’s a really tricky question. My album is far from perfect. I’m my hardest critic, which I think is a good thing. I think I’ve come close to perfection, in my mind.

Do you play any instruments?

Would you ever include live instrumentation to your live sets?

It’s something I’ve been thinking about. I’ve actually been using the saxophone while writing and in the studio. I haven’t recorded anything with it, but I find it really useful when I’m writing melodies and chord progressions.

How did the Chet Faker collaboration come about?

One of my friends played him for me, and I thought he had an incredible voice. I Googled him and found out he lived in Melbourne, which is quite close to where I’m from, Sydney. I hit him up on SoundCloud. Things were starting to happen for both of us around that time, so we hung out and decided to write a track together. We were so happy with it that we decided to write the entire four-track EP.

Given the success of your and Chet’s Lockjaw EP, would you ever consider producing an EP with another artist?

I’m absolutely open to the idea.

Anyone in particular you would want to collaborate with?

Tensnake and Djemba Djemba are both really great. I feel like there’s a lot of great talent coming up on SoundCloud right now.

What do you have planned for your stage set-up and lighting this year? Are you still using the Infinity Prism?

I have the Infinity Prism with me for Coachella, but it won’t be at every stop on tour. We are still using it for this tour, though, but we will retire it after. It will still make an appearance over seas.

What new music are you currently listening to?

Ta-ku from Perth. I’m a huge fan of his. There are a lot of great artists on my label, Future Classic, that I like. Wave Racer, Charles Murdoch, Hayden James, Touch Sensitive…there is a whole lot of fresh talent coming out of Future Classic.

You recently told The Guardian that you “prefer to be mainstream” so more people will hear your music. Were you talking about accessibility, or do you want to be the next Calvin Harris, David Guetta, etc?

I feel like some artists want to be successful, but want to put a cap on it to remain cool. I think that’s dumb. The best artists are the ones like Arcade Fire, who still write music the way they want to and don’t change their sound for anyone. And they are still massively popular. So, I’m down for mainstream radio playing my music, so long as I can make whatever kind of music I want. If 10 people listen to my music or 10,000 people listen to my music, I don’t care. I would prefer 10,000 people, but I’m not going to change the kind of music I make to accomplish that.

There are a ton of reports from Ultra about artists not being able to play due to exhaustion. Are you worried about that?

Not at all. I had to teach myself early on to say no to things. Ultimately, I’m my own boss. Everyone would tell me to do things, because each time you play, the money gets better and the tours get bigger, but it’s important to live like a normal human for a while. You have to have a balance.

It’s good that you recognize that so early on in your career and it sounds like you have a good support system. How do your parents feel about your career?

They are really happy for me. They are just relieved that I’m doing this and not sitting at home smoking bongs and playing computer games anymore [laughs]. My dad sold his part of his business around the same time that my career took off, so now he manages all of the accounts and the books for my project. He works with me now and it’s really cool.

Where do you plan to be in the future?

My plan is to ride this wave, write a few albums, and then maybe do something else. I think I’ll always be producing music. Some people really love the tour life, and while I enjoy it, I don’t think it’s really me. Personally, my passion is producing music. There so much I want to do. I want to write a film score. I want to write music for TV and video games. I am happy riding this wave for now, though. I want to have three or four albums done before I venture off into another [musical] territory.