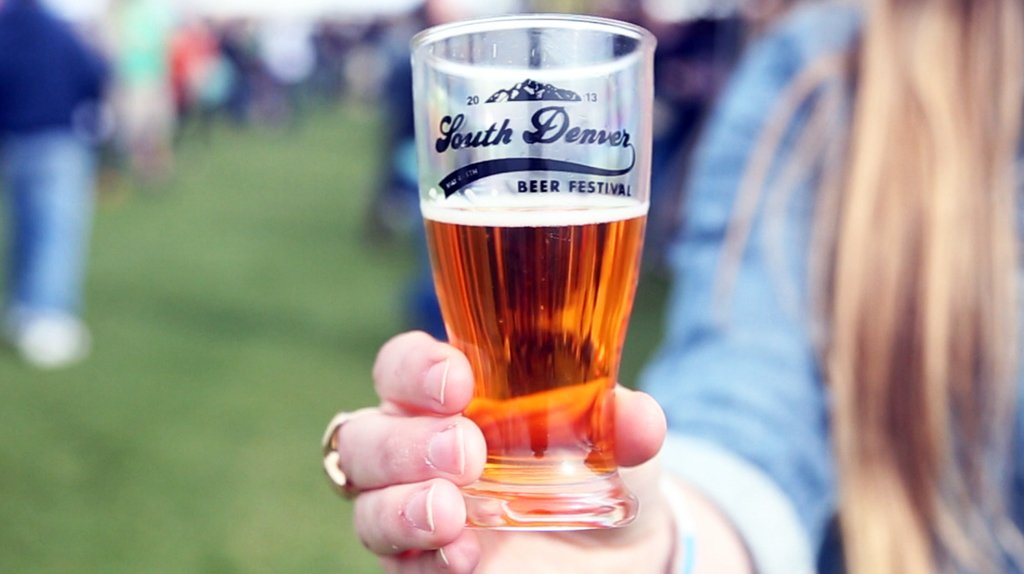 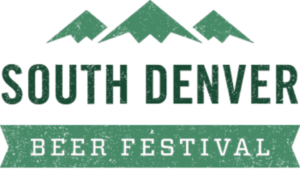 Cons:  It’s an outdoor event, so the weather has a say in the event’s success.

I’ve mentioned in previous articles that I am somewhat new to Colorado.  In hopes of exploring the towns outside of Boulder and Denver–and maybe discovering a new microbrew or two–my wife and I were exploring Main Street in Louisville two weeks ago.  As we stumbled across the Lucky Pie (an amazing pub/ice cream shop in its own right), we noticed a flyer on the wall for the South Denver Beer Festival happening on May 3rd and 4th.  I had never known about this particular festival, and I said, “Wouldn’t it be great if more people knew about this?  This looks like a lot of fun!”

A week later, I sat down with Will Gainok, Dan Karabacz, and Marty Noah, all from Beer Craving, a beer-focused website dedicated to spreading the joy that is beer culture.

“A lot of beer festivals wind up with  attendants going up to brewers and saying ‘fill my glass, I don’t care with what,'” explained Will, Beer Craving’s Director of Partnerships and Outreach.  “We hold beer-focused events.  It’s not necessarily a college kids’ party.  We want people to talk to the brewers and really get to know the stuff they’re drinking.”

“I’d say [the atmosphere] is conducive to conversation,”  added Dan, beercraving.com founder and Brewery Coordinator.  “A lot of beer festivals tend to be elbow-to-elbow, and you spend half your time fighting for breathing room.”  With a setting like Clement Park in Littleton, which held 4,000 people over two days during the festival last year, there will definitely be room for patrons to move around and enjoy themselves.

“You run a risk, having a festival outdoors in Colorado in May,” Marty, Volunteer Coordinator and “Party Director” told me.  “But with what we have lined up, people will have fun even if there’s a foot of snow on the ground.”  This lead to a short discussion of snowman building competitions and snowball fights before the conversation came back to the festival.  “There’s going to be a beard competition, lawn games, and whatever else we can come up with.” 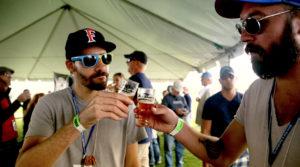 The festival will be in support of a number of non-profit organizations, including First Descents, an organization dedicated to giving cancer survivors a taste of outdoor adventure.  It’s also in support of Carpenter’s Cupboard, a food bank in What Ridge, and they’re encouraging patrons to bring canned food to the festival.  “There’s nothing quite like partying and having a good time in support of a charity,” Will told me with a smile.

The event will include a variety of entertainment, including live music at the gates, live music on stage, and a variety of “live minstrels,” or musicians encouraged to wander amongst the crowd serenading patrons.  Those purchasing VIP tickets will be getting in an hour earlier than general admission, a tee-shirt, and access to the VIP tent, which will house the wares of local distilleries, specialty beers, cheeses and chocolates.  Between the tunes, the beautiful Colorado backdrop, and the brews, the event promises to be a blast.

This is the first of a series of events organized by Beer Craving, followed by Fermentation  Festival in  August, and Chef N Brew in November.  The first is a celebration of all things fermented, including hands-on workshops and beer, wine and spirits tasting.  Chef N Brew is a Food and Beer pairing competition coordinated between local breweries and highly skilled chefs, which promises a more intimate setting and top-notch preparations.

They say that fortune favors the bold, and while it didn’t exactly take a lot of courage to contact the guys at Beer Craving, I am glad that I did.  Not only are they really cool guys that were fun to hang out with for an afternoon, but between the celebration and my hedonist tendencies, the events they’re planning sound like my own personal heaven.  Expect to hear more about them on Beer Banter in the future.

Photos and video courtesy of beercraving.com