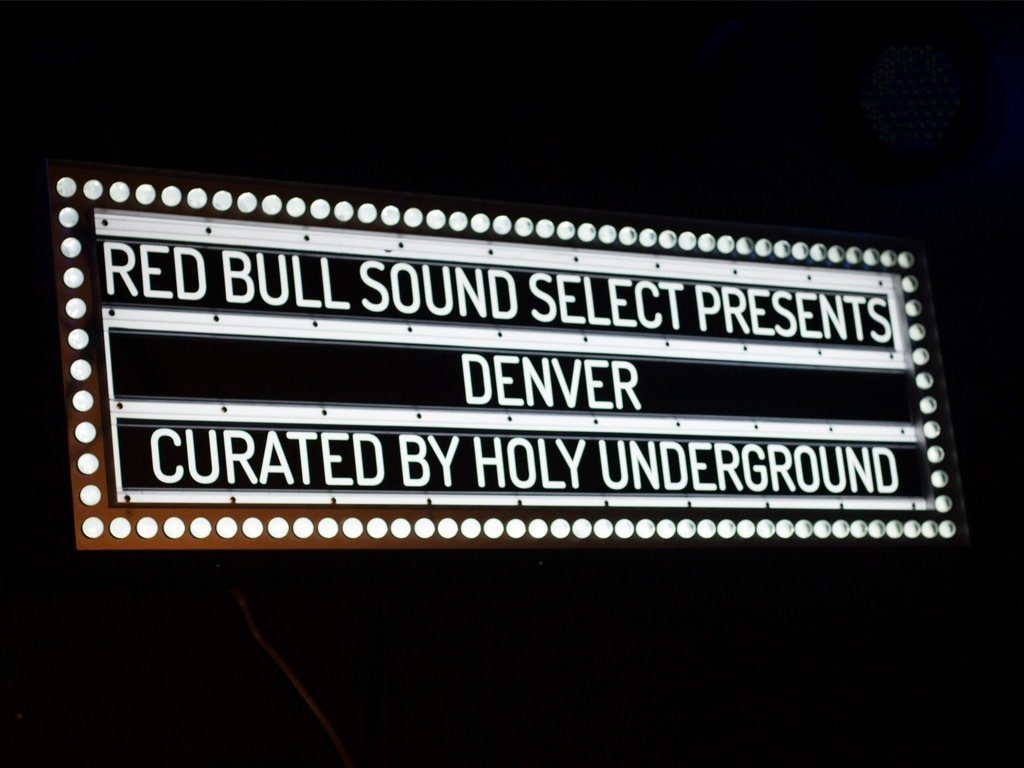 At first instinct, a free show featuring ambient-electro musician Shigeto and a bar full of patrons drinking vodka red bulls seemed like a booking mix-up. But, with a four tier line-up comprised of Kitty Crimes, Inner Oceans, Rum Tum, and Shigeto, it was apparent that the focus wasn’t on the last act.

Red Bull’s first Denver Sound Select Showcase at the Larimer Lounge was an exhibition for local music turned textured dance hall of experimental noise-rock. 303 Magazine had the chance to sit down with Griff Snyder, Charles Kern and Julia Mendiolea of Denver’s own Inner Oceans to talk about their big break, the evolving industry and the merit of hard work. 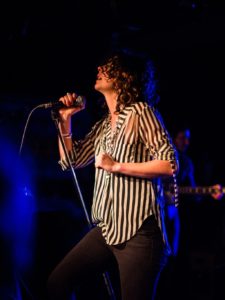 303: Are you guys stoked to be playing with Shigeto tonight? Were you fans before?

Charles: I was a fan.

Griff: I think to me the biggest thing is working with Red Bull. That’s the big opportunity here, being a Red Bull Sound Select artist. This is the first Red Bull Sound Select show in Denver. It’s going to happen monthly, and every month, two or three bands from Denver are going to be added to Red Bull Sound Select. What happens there is you basically get taken under the umbrella of Red Bull, which has very deep pockets, and their whole goal is to help do what they can to get you out.

303: So you and Kitty Crimes were the first to be chosen for this.

Charles: Yeah, which is really awesome. It’s really cool that in no way does it feel like selling out. They’re like ‘what do you want to do? And anything we can do with that, we’re going to help you.’

Griff: If our instruments get stolen on the road, they’ll help us replace them. They’ve been known to buy tour vehicles for bands and help with recording costs.

Charles: It’s badass. They booked an entire tour for one band. The band wanted to go on tour, so Red Bull was like, “okay, well we’ll book you a whole tour with paid dates,’ regardless of whether or not the shows actually pay you, Red Bull is paying that band to play that show.

Julia: They work it out to where you have a constant person to talk to about things that you need or things that you’re looking forward to, or want to plan out. An advocate, really, for the band. 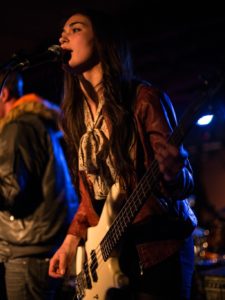 Griff: Yea, it’s a pretty good break. We’re going to try and see if they can help us with recording our EP, and they do a lot of PR with a really large network. We have to pitch all of this to them, of course, and it’s not guaranteed, but it’s kind of like the way the new industry works. It’s being redefined every day, and you know you don’t really rely on labels so much anymore. You don’t really rely on the radio even anymore. So, a lot of these bigger corporations are moving in and acting in the role that old labels may have acted.

303: Is there anything in particular that has helped you guys get to this point? You said you had only started playing together a year ago … That seems like pretty fast traction to be where you are now.

Julia: When Griff asked me if I wanted to play, we sat down for two hours and he was like, ‘this is what I want to do for the next few years.’ We’re working under these concept goals and they’re evolving timelines. We’re always thinking what can we do right now for that next thing?

Griff: And it’s really cool because everyone’s on board. That was the thing. I’ve never started a band where I had to almost do an interview.

Julia: Oh, it was an interview!

Griff: I actually gave her a five year plan, which I don’t even remember what it was anymore. But, basically, I was like, ‘this is what I want to do, this is the sort of ambition that I have for this project, if you want to commit to something that’s going to be this intensive, then I’d love to have you on board.’ A lot of bands around Denver, it seems to come out of this idea of ‘well lets just play music together and see what happens.’ But, I’ve done that and it’s really great, but I kind of felt like in order to get out of Denver you have to really be able to be share. You have to know what you want and you have to try and go for it.

Which, we’re still learning that every day

Denver’s kind of coming into itself. Things like Red Bull Sound Select moving here, is kind of showing that Denver’s ready to make it on a national level.

303: Do you guys have any local heroes that you find inspiration or influence from? 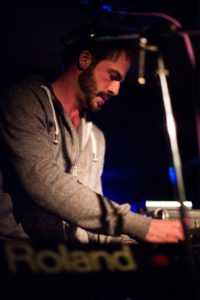 Griff: She’s really got this work ethic. She knows how to own it, and she knows exactly what she wants and she’s going for it. We’ve mostly been looking to bands outside of Colorado for the drive. In my own mind, we’re competing against some imaginary band in L.A. That’s kind of what we do. We’re like, ‘what? They’re probably rehearsing right now, so we should too.’ Even though this band doesn’t exist … Well, it probably does.

Julia: I personally don’t think I would have been ready to be in a band like this that’s going super hard and working really hard and having these long rehearsals if I hadn’t had a couple of years of experience in the Denver music scene. What’s awesome about here is that the energy is there, everyone’s pumped and it’s really supportive. I feel like if I would have gone into this project without that, I would have been feeling a little more lost in terms of knowing what I wanted, knowing how to work hard, and making sure we’re learning from each other.

Charles: It’s a great scene to grow up in, I feel like — to gain that experience. Every band that I’ve been in was based in Denver and I learned so much and grew so much as an individual.

There’s no way in hell this could ever be a person’s first band.

If anything, that’s the reason why we’ve come so far. All the lessons you learn in those first four years of being a band, we have all learned at least once, maybe twice or three times over.

Charles: I think that’s really where we are at now, just trying to learn the next round of lessons. And it kind of means getting out of here. Denver’s been amazing for us and it is a great place to live. It’s not expensive and there’s enough culture around here to keep you active. There’s enough music happening that you never feel disconnected.

Griff: And there’s a ton of support. I’ve been able to go out to L.A. a bunch in the last few months and I feel like being from Colorado I’m able to bring a breath of fresh air. There’s something really toxic there and I love it, and I love L.A., but out here, there’s so much support, but not enough outlets. L.A. there there’s tons of outlets, but not much support — it’s so competitive. 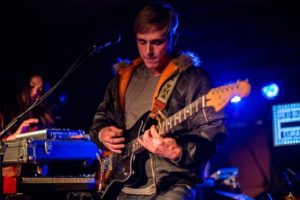 So, there needs to be a balance between a place like Denver where it’s so supportive — and you feel at home and the rents not insane — and a place like L.A. that is just every outlet in the world, but there’s no real sense of community.

Hopefully Denver can maintain the sense of community as it grows to become more of a national force.

303: Anything you are looking forward to that’s coming up? I know you’ll be at SXSW but is there anything else on your agenda?

Griff: Yea, well there’s SXSW and Treefort. Then we’ll probably tour up to Toronto and maybe swing through the Northeast if we can make it work. But, basically our focus is: this tour, come back through April, save some money, and then go out and record for a month with David Newfeld and make a really great EP. Then come home, do a really big push for the record, and go back on tour.

303 MAGAZINE’s DENVER FASHION WEEKEND SPRING 2014 IS RIGHT AROUND THE CORNER!