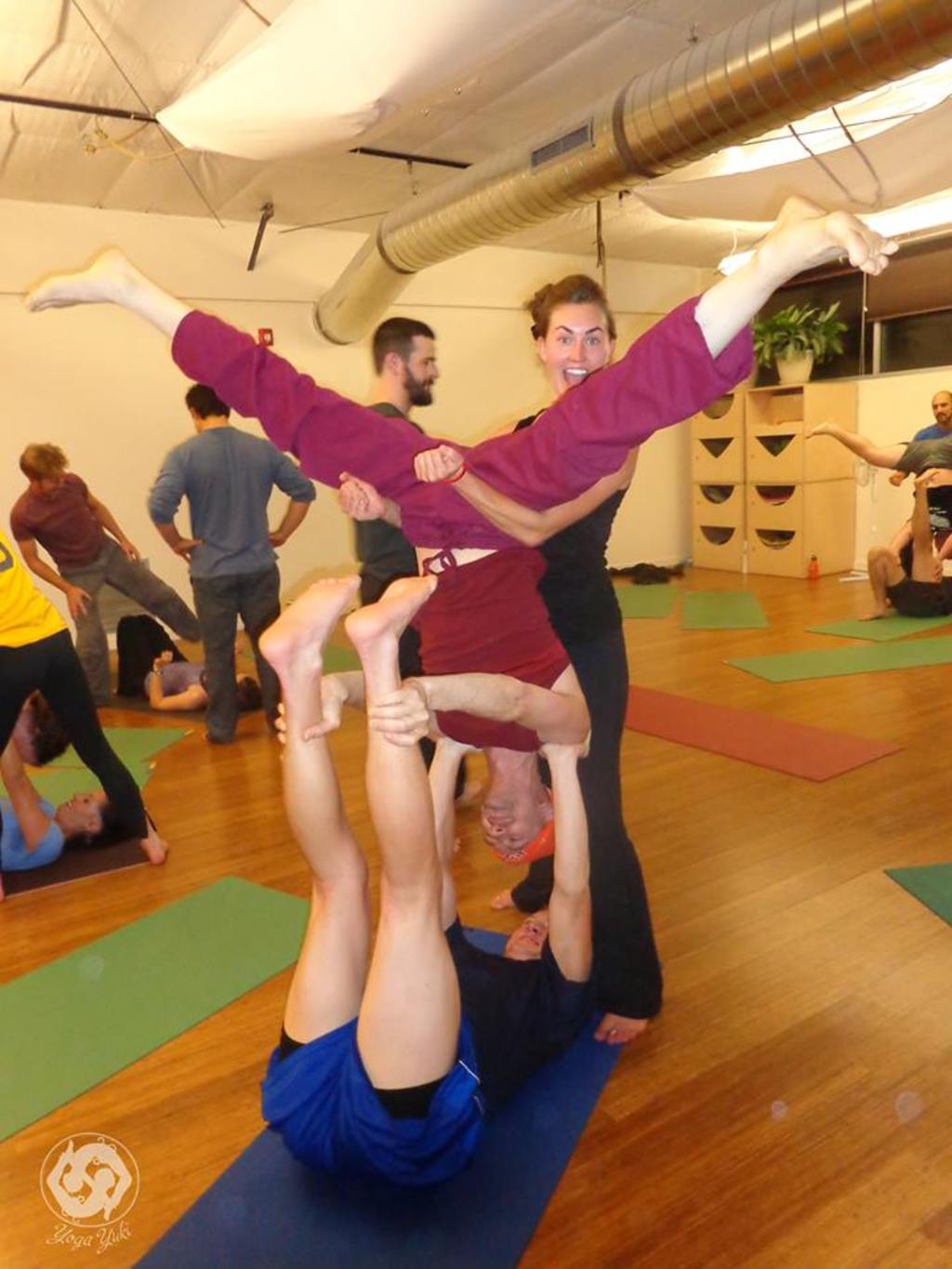 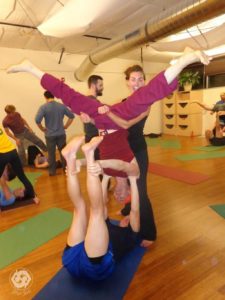 I first discovered yoga over a dozen years ago. At the time, I was a dairy cooler stock boy for Whole Foods in Boulder. Once a week, a local teacher would come in and lead a free class for store employees. It was one of several workplace perks I exploited regularly. The orange yoga mat that I bought around then has seen better days. My mom recently upgraded it with a burgundy one from Gaiam.com. It still has that new mat smell. Fortunately, natural rubber is responsible.

Yoga is a game changer. Even soccer moms are waking up to that fact. And touch, whether it’s a high five or a massage, does wonders for both your happiness and your immune system. To paraphrase Sinead, nothing compares to union. What happens when you fuse the two? Acroyoga.

Skilled artists and athletes make their respective endeavors look easy. I’d seen people practicing acroyoga at Burning Man and other festivals, but it wasn’t until I took my first class with Yuki Tsuji-Hoening at Boulder’s Movement Climbing that I realized it was harder than it looked. I’d been wanting to try it for several years. I finally found out I knew others who were similarly interested and dived in.

Acroyoga isn’t as soccer-mom-popular as yoga. Tsuji-Hoening is a phenomenal instructor but she teaches mostly in Boulder and I live in Denver. I was referred to the only place in Denver where regular classes are offered, Awaken Gymnastics. Jen Cameron, who counts Tsuji-Hoening as one of her primary mentors, is Awaken’s resident acroyogi. In other words, I was in good hands–literally.

“My first acroyoga class was in 2010 at Samadhi with Jenny and Phil, who no longer teach in Denver,” remembers Cameron. “It was a fun workshop for beginners that ended in Thai Massage. After that, acroyoga fell off my radar until a few years later. I attended another one-off workshop with Raj at Kindness and had a blast. That’s when I began actively searching for all things acro and discovered Yuki in Boulder. I went to every workshop she had, met others in Denver to play with regularly and was hooked.”

Tune in next time to see me fly.