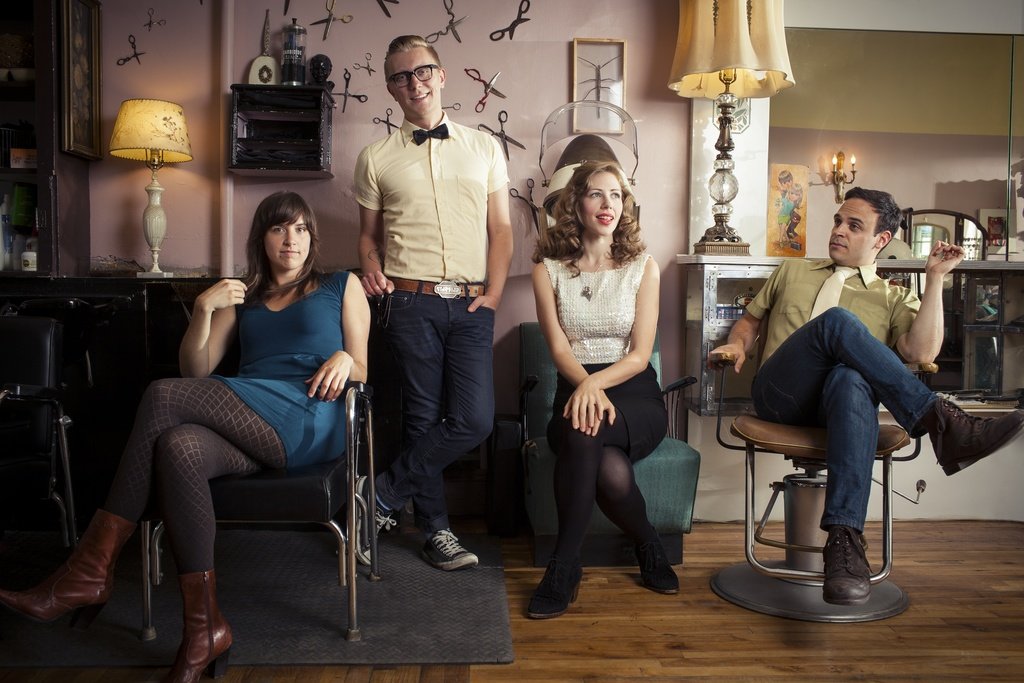 The four accomplished creators and artists of Lake Street Dive have earned extreme popularity following the release of their recent album, Bad Self Portraits. The band’s talent has earned them live television spots on Conan, Colbert, and Ellen, just to name a few. To say that this group is on the fast track to full-blown celebrity would be an understatement.

The third studio album was released in February of 2014, and was received with applause from both fans and critics. The production of Bad Self Portraits was started in 2012 and put on hold due to contractual issues with one of the band-mates. The delay caused a great deal of frustration amongst the group, making the debut that much sweeter,

“That year was strengthening in a way, we kept going and got it worked out. We’re on the other side of that now, the album is out and people are listening to it, that’s all we can ask for.”

Lake Street Dive was born in 2004 where each member derived from the New England Conservatory of Music in Boston. Their professional training gives them a technical leg up on most active bands today. Their hard work and determination has paid off as they (quickly) creep their way to the top.

The soul pop group has been on a state side tour that finds itself in Colorado on Friday, March 21st. Making stops in Panoia, Denver and finishing the CO expedition in Boulder. Having played mile high arenas, this journey brings a familiar sensation of glee to the band, “Audiences in Colorado are just awesome, they’re up for anything and always seem to be enjoying themselves.”

These guys hope to leave their audience with outright elation and enchantment. Check them out while they’re in town, I know I’ll never miss a show that breezes through our state.