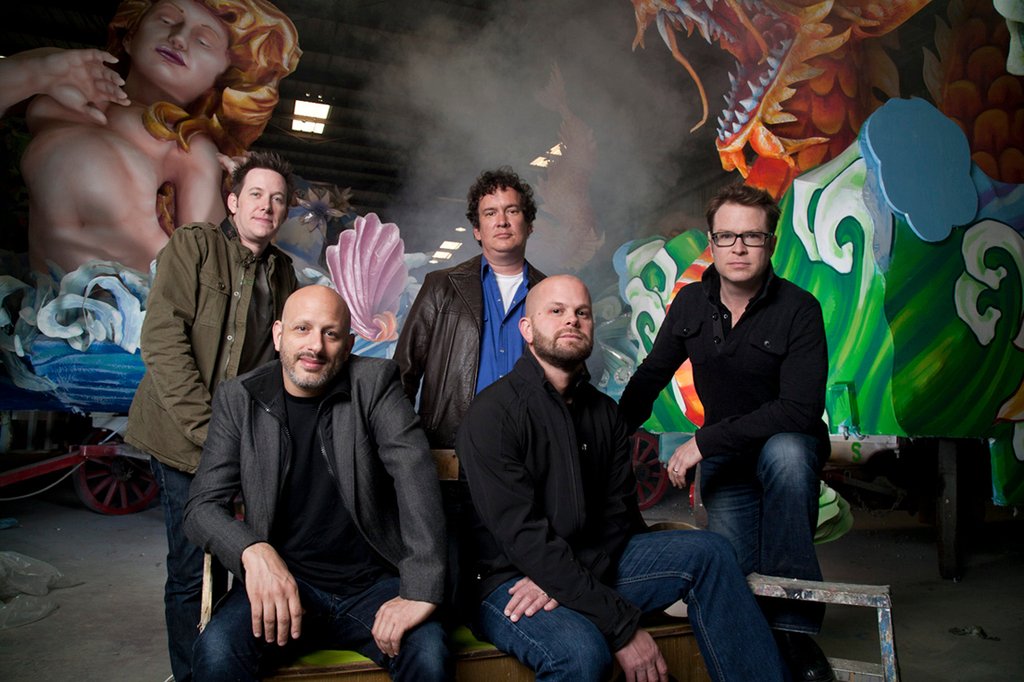 I have seen Galactic play a lot of times in a lot of venues, from a small record store gig in their home city of New Orleans to Red Rocks, and at a lot of festivals in between. Being an instrumental band, Galactic tours with various talented vocalists who are worthy enough to sit in with the well-seasoned funk veterans. As I mentioned in my March’s Not-to-be-Missed Concert Preview, Galactic had previously been touring with Corey Glover (Living Colour), who could work the crowd and hit those high notes like it’s nobody’s business.

Well, what I didn’t mention was Galactic’s newest edition to their funky bunch: Miss Maggie Koerner.

A Catholic schoolgirl from the small town of Shreveport, Louisiana, Maggie’s voice is rich and soulful, captivating and powerful. She embraced all of Galactic’s classic lyrics from their original songs with a fierce and feminine boldness. Galactic has been touring together for nearly twenty years, and Maggie can’t be much older than that. The pretty young thing in the long black dress bellowed and howled, holding the audience (and one lone blue balloon that hung fixated to the mic stand throughout the duration of the evening) captive and enthralled. She danced and twirled, she stomped and waved, owning the stage at the Fillmore on Saturday night.

In celebration of International Women’s Day, Maggie sung James Brown’s “It’s a Man’s World” and then the band encored with Jackson 5’s “I Want You Back.” “Dolla Diva,” which Maggie wrote with David Shaw (the Revivalists), showcased Maggie’s ability to seduce with lyrics and demonstrated a no-nonsense, I-can-be-bad-if-I-want-to attitude. Her vocals showcased the impressive scope of her talent.

Maggie’s second album Neutral Ground was released last spring and you can watch the (long) video for the title track below, whimsically filmed in a swampy and surreal setting- it reeks of New Orleans voodoo and witchy mysteries.

With all of this ogling over Maggie Koerner, I nearly forgot to mention Robert Randolph. Always a joy to see and a blast of fun and fresh energy, Randolph mentioned numerous times that he’d had a Cheeba Chew before the show- and he was feelin’ good! Robert Randolph & The Family Band (including his soulful sister on vocals and various cousins on drums, etc.) opened for Galactic and Robert came out and jammed with the band for a few songs, too.

Robert Randolph and Galactic’s maniacal drummer, Stanton Moore, are both in the running for the category of “Best Sit-Down Dancer,” both bumping in their seats to the beats as they wail on the pedal-steel guitar and drums, respectively.

Another outstanding Galactic show for the books. And we’re looking forward to them headlining this summer’s Arise Festival in Loveland, CO on August 8-10 (stay tuned for future 303 Magazine coverage of the festival).