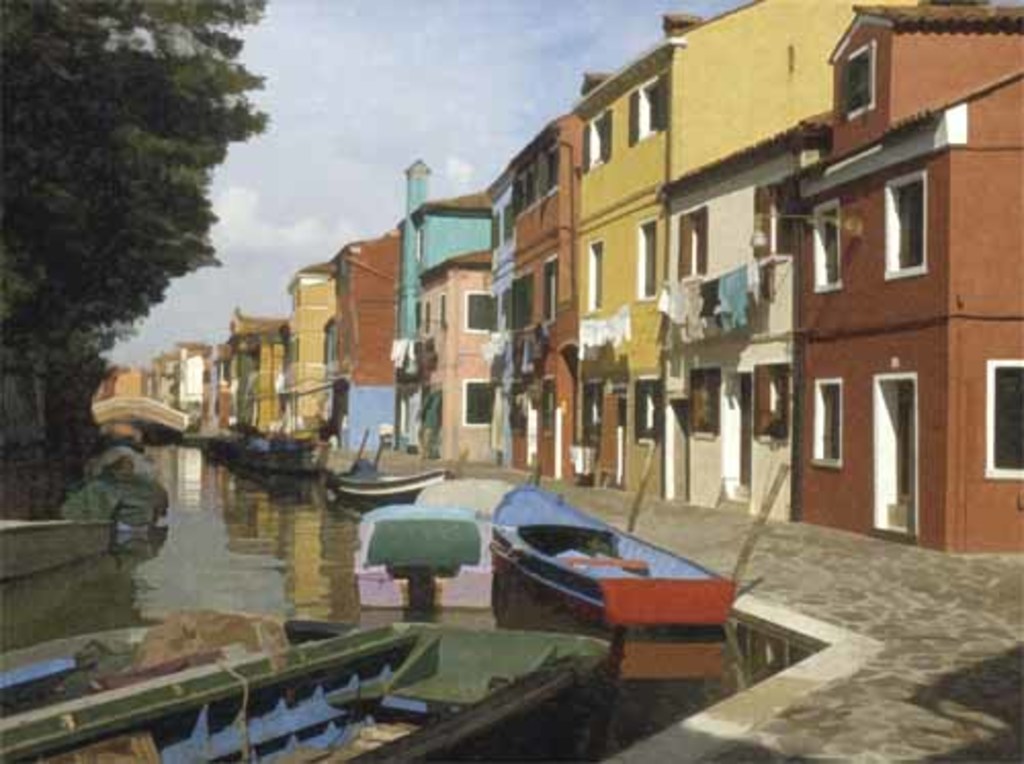 Photography to me has always been an exciting escape to worlds imagined and not yet traveled. Bryan Dahlberg is one such artist who is able to accomplish both with his photography work.

“I am fascinated by the act of creating and I have become slightly obsessive about making things, almost anything; photographs, prints, films, typefaces, cars, even radios and houses,” Bryan leans back in his chair, laughs and continues, “I think that is probably the main reason I am still single; I am in love with creativity.” 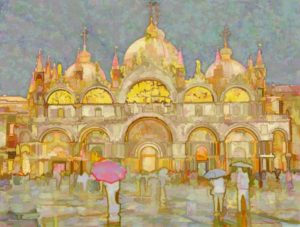 Bryan is able to take a real location that he has traveled to and turn it into a dream of fantastical imagination. Such is the case with his Sunset at St. Marks.

It is an image that one can practically feel and see the rain falling and the sun peeking out to glisten the stained glass of the cathedral.

Like many other artists, a family member, his father, introduced Bryan to the arts. “My father is an artist and retired automobile designer, so I think my involvement in the arts is at least partly genetic,” smiles Bryan. “As early as the age of 10, I remember my father filling up our basement with landscapes he was painting.”

Bryan was an art major in college; however, he “quickly discovered that I had neither the aptitude nor the innate skills to pursue drawing and painting seriously.” It was when he began working on the college publications that he soon discovered the darkroom in the yearbook office. Bryan smiles “For several years I practically lived in the darkroom, I was permanently hooked. I had suddenly discovered the same solution to my frustration with drawing that William Henry Fox Talbot had felt in the 1830’s. His lack of drawing skills made him one of the most important pioneers of photography.”

While Bryan’s primary medium is photography, he has extended his interest into print making by using his own photographs as the starting point for etchings and silkscreen prints.

“The images in my current show began as traditional photographs, which I manipulated in Photoshop, giving them the qualities of paintings,” states Bryan.

Bryan’s answers to naming three keys to his success are as lighthearted and imaginative as his work.

“Success, like sanity, is a relative term,” smiles Bryan, “I’m not a household name and I don’t own a yacht in the Bahamas, but I suppose I could be described as successful just because I do manage to earn a living in photography. Most of it is for the federal government, and that work can’t really be considered creative in the artistic sense.” Bryan again leans back in his chair, smiles, begins to chuckle then states, “I’ve had many jobs in my life, and it certainly is more satisfying than some of the other things I’ve had to do. I am usually the winner in any pub conversation about “worst jobs I’ve ever had.” 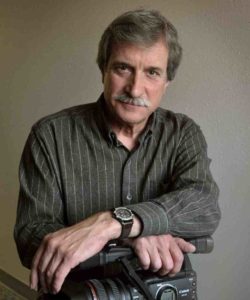 “Another factor in my success is simple stubbornness,” stated Bryan and he continued, “Maybe that’s partly because my ancestry is 100% Swedish, and we are a stubborn bunch; but it’s also because all of us tend to stick with things we enjoy doing. And, if you keep doing something, you tend to get good at it.”

“It is tempting to add “luck” to this list of keys to my success, but I think what we usually call luck is more often related to perseverance; which is really a polite term for stubbornness. When I first began doing fine art photography, I created a series of surrealistic images called Alpha & Omega, Images of the Apocalypse,” states Bryan.

“Long before personal computers and Photoshop, I spent months in the darkroom on these images, and I was determined to show them to someone, anyone. I didn’t want to  waste time, so I decided to start at the top. In those days, the 1980’s, the top was the famous Camera Obscura Gallery behind the Denver Art Museum. I just walked in one day and showed some sample images to the legendary owner, Hal Gould. He agreed to show them; it was my first solo exhibit,” smiles Bryan.

“Maybe that was luck, Gould’s gallery had an available time slot and he happened to be the kind of person who enjoyed extending a helping hand to unknowns; but I did have the courage and optimism in the first place to walk into a world famous gallery and show my work.”

“Inspiration is where you find it; it’s different for everyone and that depends on an artist’s personality, their method of working, and their medium. For me, it usually depends on the particular project I am working on,” states Bryan. “For instance, none of the photographs I used for the images in this current exhibit at Highland Park were made specifically for this purpose. Some of these images date back to the 1970’s. I shot them just because I found the subjects interesting at the time,” smiles Bryan and continues, “It was only much later that I realized they could be further developed.”

It is this determination, dedication towards his artistic expression that makes Bryan Dahlberg’s artwork a must see and must collect.  He is ever expanding and exploring his imagination.

To learn and see more of Bryan’s work visit www.photonbox.com

The time to be a collector is now, why wait. If the art speaks to you then you should allow the message to come through.

Don’t forget to purchase your Denver Fashion Week tickets before they sell out…… visit https://303magazine.com/DFW/