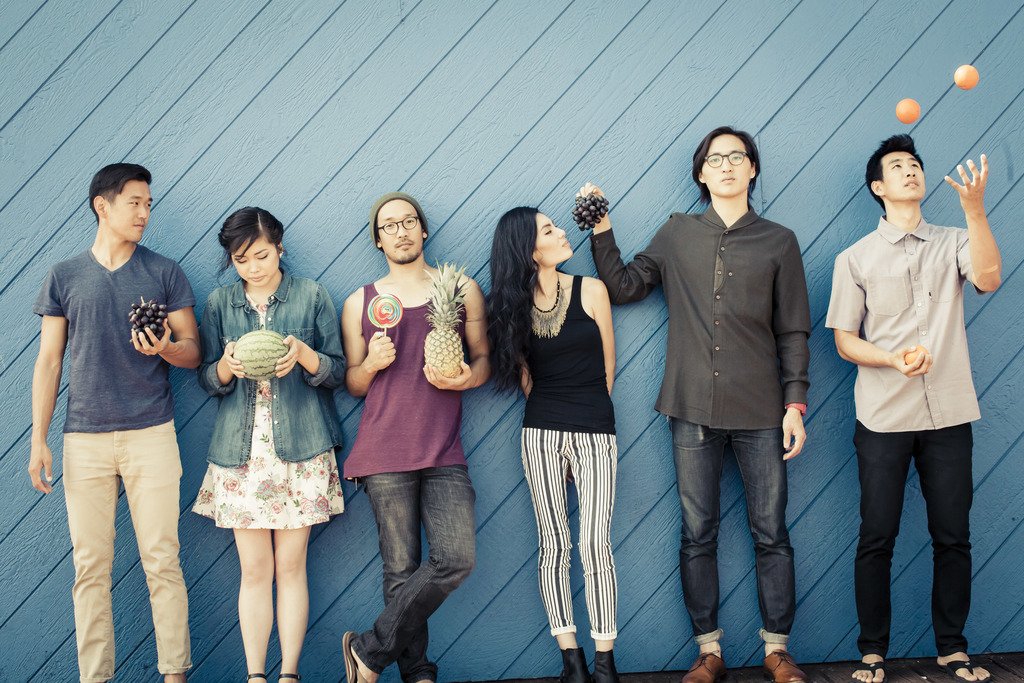 There’s this implicit promise being made every time you come across some new indie band for the first time: This song you like—the one with the playful melody and understated bassline—there could be more where this comes from if someone would just sign these guys.

But we’ve also all had that experience when follow-up material doesn’t have the same hook.

That’s why Run River North, the unexpected Korean-American folk band hailing from Southern California, is so exciting to review. Their self-titled debut album, released this past Tuesday, completely delivers on the potential fans saw in those initial YouTube videos, including one completely recorded in the band’s Honda Civic.

Really the first half of the album is just dynamite—four of the first six songs have the power to be a single, a great ratio for any artist, let alone an indie band on the heels of their first release.

For those of you who have come to love a little blend of folk and pop, a la fellow west coasters the Head and the Heart, Run River North is really worth a listen. Signatures from their strongest songs like the introspective “Lying Beast” showcase Jennifer Rim on a soaring violin and others like single “Fight to Keep” mesh the soothing vocals of lead singer Alex Hwang and keyboardist Sally Kang.

I actually sat for a while asking myself why I especially love the songs with Kang on accompanying vocals (also check out “Growing Up”) and I think it’s because there’s this slight twang to her voice that really adds texture to the already beautiful harmonies. These are personal songs—it’s nice to add a little character to the words.

They seem to have a lot of fun with creative percussion choices and occasional tongue-in-cheek lyrics: “I used to close my eyes to what stirred under my bed / Now they’re open wide to the monsters in my head.”

But for an album with a first track called “Monster’s Calling Home”, there’s a surprising depth to the lyrics. The themes feel age-old. Being in my late 20s like singer Alex Hwang, I can relate to this search of self identity. A lot of the songs seem to be about just trying to be a better person. People usually associate more sorrowful songs with “experience,” chalking up happier tunes to naivete, but sometimes growing up is about learning to be a little less selfish—and like all 20-somethings, for Run River North, this seems to be a work in progress.

In respect to this theme, there are a lot of great juxtapositions on this album. Lyrically: Playful lyrics cushioned between thoughtful moments about the immigrant experience. And musically: Songs that start with familiar chord progressions that manage to swell into full-blown orchestral moments by the two-minute mark.

I think on first listen you’re struck by the playful and fun tempos of the songs, and of course, those awesome violin solos (let’s all thank Rim’s parents for the obvious years of classical training), but when you listen to the album more and more, I think the restraint and control of dynamics really shine. Kang, as I mentioned before sings so gently as to never overpower Hwang—there’s a real vulnerability to her singing. Whereas Joseph Chong on drums really is willing to take his time with a soft bass drum on songs like “Lying Beast”. It makes the moments where the songs really swell—drums and violin coming in at full volume—really powerful moments.

In any case, it’s definitely worth buying the whole album, rather than picking and choosing songs. There’s certainly enough great stuff there. While they may not quite find the right hook 100% of the time—”In the Water” seems to really be treading water without hitting any of the peaks or valleys of other songs—at the very least every track has great instrumentals. They get the formula right more often than not, and in cases like “Monster’s Calling Home”, a blending of an Eastern sound feels very uniquely them.

Besides after this hell of a winter, we definitely need a feel-good record to take us into spring. Run River North seems ready for the job.

All photography by Catie Lafoon.