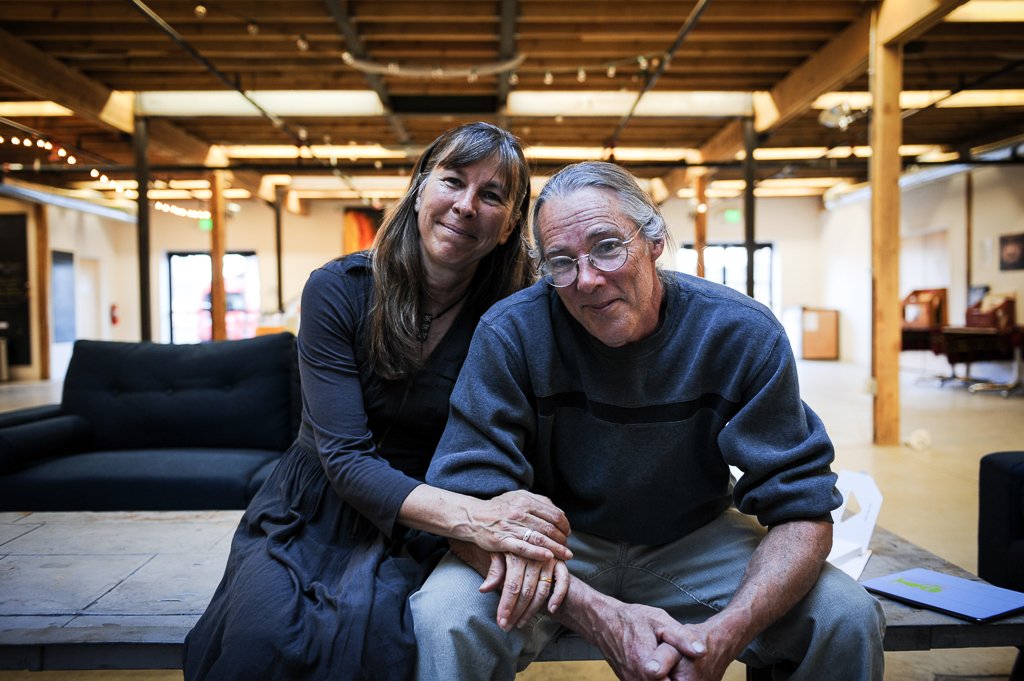 Cathy and Curt Bradner, a couple of engineers from Colorado, showcased their newest project Art Exiled at the Horse Barn last Saturday evening through an art show for Thirst-Aid, a non-profit whose goal is to bring safe water to Myanmar. The show featured art work solely from Myanmar refugees, who came to their trade only once Cathy and Curt showed up at their camp with an idea for building human capital.

How did the Art Exiled project start?

After their two daughters left the nest, they sold their business in mechanical engineering and went tandem biking for two years, starting in Spain. They traveled throughout Europe and Asia, pedaling their way into Myanmar (Burma). At a time of political unrest, they instinctively got off their bikes and volunteered themselves at Dr. Cynthia’s Mae Tao Clinic in Thailand.

They quickly realized the positive impact of providing art lessons and supplies to the displaced people. A few months turned into seven years of forming Art Exiled, a program to form refugees into skilled and experienced individuals. They distributed art materials and hired professional artists to set the people up for success. If they did not invest in their future, Cathy says, “What would become of them? It was natural for us to do something because we had come from entrepreneurial backgrounds.”

How did Art Exiled help them?

“It gave a lot of the young kids a way to work through their trauma,” Cathy says, and ultimately, it gave the people a opportunity. At first, some of the artists were unconvinced, like Muang Muang Tinn (referred to by Curt as “the Norman Rockwell of Asia”), that this could be beneficial.

“I explained that he could tell a story so much better than anyone else, and how moving art was and that it could change the world.”

She says that once he shared his art he was able to start a career. “He makes sometimes up to $1500-$2000 dollars a painting now and he donates it, and really gets to help his people. He has his own book, calendars. He has shown his work in nine countries.” 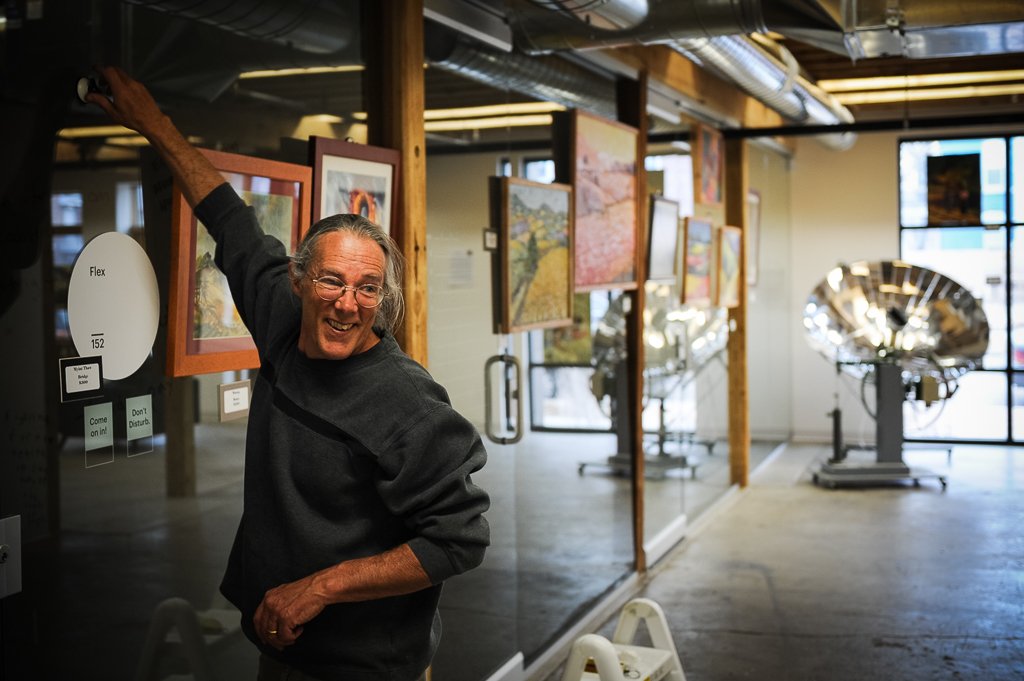 Other artists from the camp have since relocated to create art in Seattle and in Norway to design clay animation films. “It helps their people because it helps [others] know things about Myanmar. These paintings and photos tell so many stories that help people ‘get it.'”

Now, the Bradners purchase all the artwork from the refugees, sell it in the U.S. for a higher price, and invest 100% of the money into their newest endeavor, clay water-filters for Thirst-Aid. The artwork creates safe water in Myanmar, educates impoverished communities, and prevents water-borne illnesses.

What has been Art Exiled’s greatest accomplishment?

“That we have been able to bridge the wealth in America to the poor in Myanmar,” says Curt. They have been able to work with people from the United States, UNICEF, Potters for Peace, Asia Transpacific Foundation, and been able to make them have ownership in their innovative projects. The collaboration and support from their networks made it all possible, but especially from their daughters.

Bree and Willow explain their parents’ determination as the greatest accomplishment. Bree, a writer and entrepreneurial chef, enthusiastically recalls how proud she was of her parents for following their desire to travel freely, saying, “Parents always tell you to follow your dreams, but few parents actually model that.”

What do you advise for other Denverites?

“Follow your dreams and wherever they take you. Don’t be afraid. Don’t think you have to have all this stuff and get trapped. Go out there and explore the world. Though you might have a degree, though you might have all these things, you really don’t know what your destiny is until you go out and start following the forks in the road.”

When asked if she knew what her destiny was, Cathy explained, “No, because I did this, and so now I have a new destiny. I’m just not old enough to stop living. I have a couple more projects or people to save.