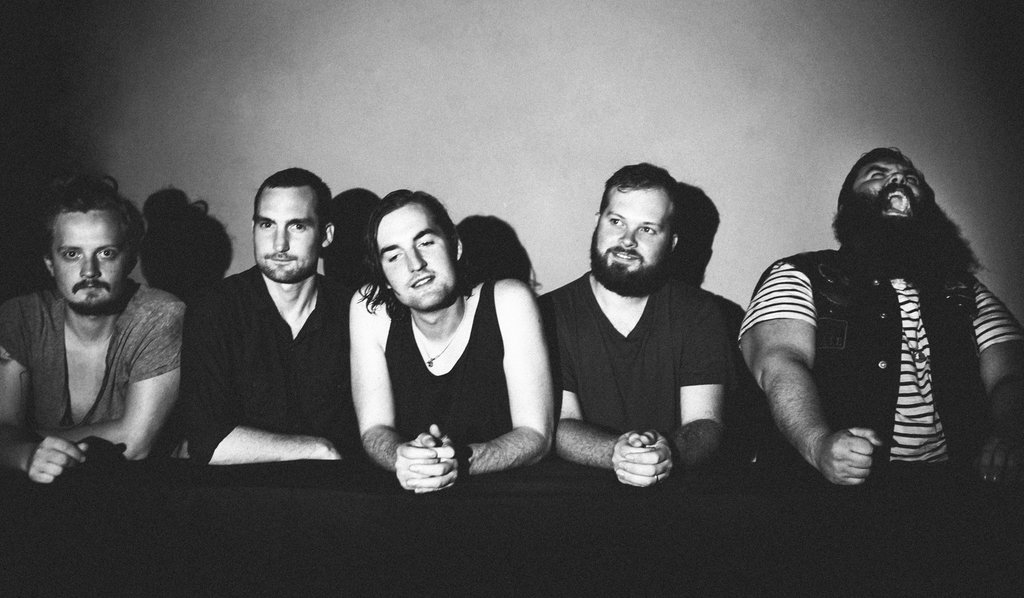 The Apache Relay: The Kings of Tennessee Come to Denver

The first time I heard “Katie Queen of Tennessee”, the first single off the upcoming album from The Apache Relay, I couldn’t get it out of my head all weekend.

It’s a fun song with a classic pop vibe. Listening to it, I feel transported to my own version of “Back to the Future”, sitting in a ‘50s diner, slurping down a strawberry milkshake while Katie throws a smile from a few stools down.

I actually told my crazy scenario to lead guitarist Mike Harris when we talked this week. “Yesss. I can dig that,” he said. “Everybody wants to compare music to music. We should start comparing music to movies.”

Wherever “Katie Queen of Tennessee” takes you, it’s a great track, and better yet, one you can see live if you’re in LoDo on April 1 when The Apache Relay stops by the Lost Lake.

But first, you can read on to hear more about the new record, the decision to shift away from their former folksy roots and what to expect from the show in Denver.

303 Magazine: What can fans familiar with American Nomad and 1988 expect from your newer material?

Mike Harris: Oh, man. It’s definitely a hard turn in some other direction. A lot of things can happen to a band while they’re playing the same tunes for three or four years. I think right now, as we speak, the actual song “American Nomad” is probably four years old. That’s a long time.

I still like American Nomad, but we definitely took a turn toward ’60s pop and a little bit of a dreamier sound. We had a fun time making it.

One thing I get from you guys is you really seem to love Nashville. Do you think you’d be the same band without those roots?

Oh right, you guys met at college there.

Yeah, that’s right. But I think living there, it absolutely shapes you. Everybody pushes one another. Everybody supports one another. You got a friend that’s maybe doing great tunes and he tells you, “Oh, that tune is awesome–the one you just wrote.” And that makes you believe in yourself a little bit more and it’s a lovely place to come up for sure. I could not be more grateful to be living there right now.

I read that “Katie Queen of Tennessee” was the first song tracked for this record and also when you kind of knew this ’60s pop vibe is where you wanted to go. What about that song do you think provided the real ah-hah moment for you guys?

When you hear it, it’s just so different. Maybe we were just surprised to hear ourselves make that sound. Like “Man, I didn’t know I had that in me! I didn’t know I could play like that” and “Man, this kind of feels natural!” I think that’s the best way to go about making a record. You just do what feels natural and organic and all those other hippie words that people use in interviews!

You must have a favorite song on the new record. Is there one that stands out?

I got to learn how to play slide guitar for this record.

I do want to plug the show in Denver. It’s April 1.

Yeah! That’s the last show of this tour, which I’m looking forward to for selfish reasons of wanting to get home to Nashville, but I’m also looking forward to it because we got good bros in and around Denver. Y’know like Nathaniel Rateliff. He’s a great one!

What can we expect from your set here in Denver? What kind of vibe? Are you mixing it up with the last record?

Y’know, looking at that last record it would be kind of weird to play those songs the way they are on the record with the new record, so we kind of picked out a lot of tunes from the last record that we especially like and then changed them up.

As a music fan… let me just tell you a quick story. I was a massive Bob Dylan fan when I was 17 years old. I was from a tiny little town called Morrisville, NC and Bob Dylan came to Davidson, NC to play at Davidson College my senior year of high school. And I was losing my mind. I literally lived walking distance from this little 3,000-seat college basketball stadium that he was going to play. I bought a ticket from the fan club and I was like “I’m going to be in the front row!”

And then Bob Dylan played a two-hour set of songs that I couldn’t recognize until he started singing the lyrics. I was frustrated. I wanted to hear “Like a Rolling Stone” like it was on the record and that is not what Bob Dylan does. So I will go ahead and put it out there: Y’know, we’re going to play some tunes we like, how we like to play them. And yeah they’re a little bit different on the record, but I think they’re great.

I think that can be fun too. I get what you mean–you do want to sing along and you go in knowing what you like. But at the same time, when you get something new, it kind of has this feeling of being the first people to hear this thing that not everyone gets to hear.

Well, thanks for chatting with us! If you want to catch The Apache Relay in Denver on April 1, tickets are on sale at the Lost Lake website.

We’ll see you there!