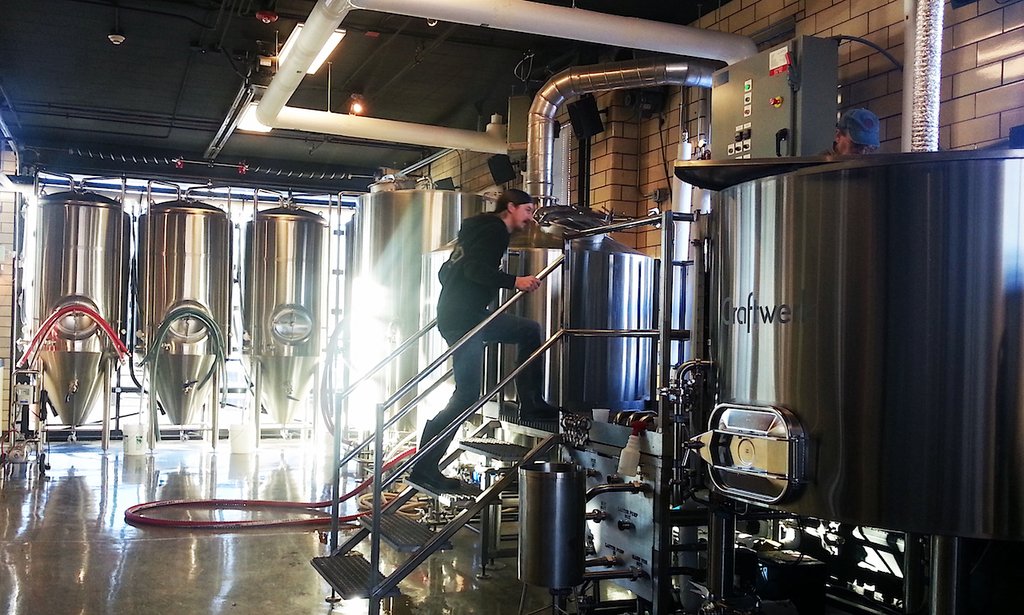 Pros:  Two skilled breweries getting together to brew a Wheat Wine that attempts to marry winter and summer.

Cons:  The result won’t be available for some time.

Birthplace of the upcoming Wheat Wine for Collaboration Fest.

On March 22, breweries from all over Colorado are coming together to present a series brews for Collaboration Fest.  This is the first of the Lovibond series of brewing events brought about by the Colorado Brewers Guild and Imbibe Denver.  The event promises an all-star cast working together to make unique and interesting ales, lagers, and barleywines in order to showcase the collaborative nature of Colorado brewing.

The idea for a collaboration brew between Station 26 Brewing and Former Future Brewing came about during Festivus, an Imbibe event that took place in December.  A team-up between the two breweries was not difficult to bring about as Devin Chapnick of Station 26 and Former Future crewmember Zack Kennison are longtime friends and roommates.  “We just happened to get the same kind of job at around the same time,” Zack said.  “It’s great we get to work together now.”

I was invited down to their brew day on January 26th, and this camaraderie was easy to see.  Both crews joked around and took selfies with Station 26 brewer Wayne Waananen and Former Future Owner/Operator James Howat as they stirred the mash as the ground grains were added to the tun.  As they loaded their grinder with a mix of different grains, Station 26 owner/operator Justin Baccary let me sample a few kernels as he explained their plan.  The two crews are striving to bring a new Wheat Wine into being that strives to bridge the gap between winter and summer.  “We want it to combine the booziness of a barleywine with the boisterousness and citrus of a summer ale,” said Devin. 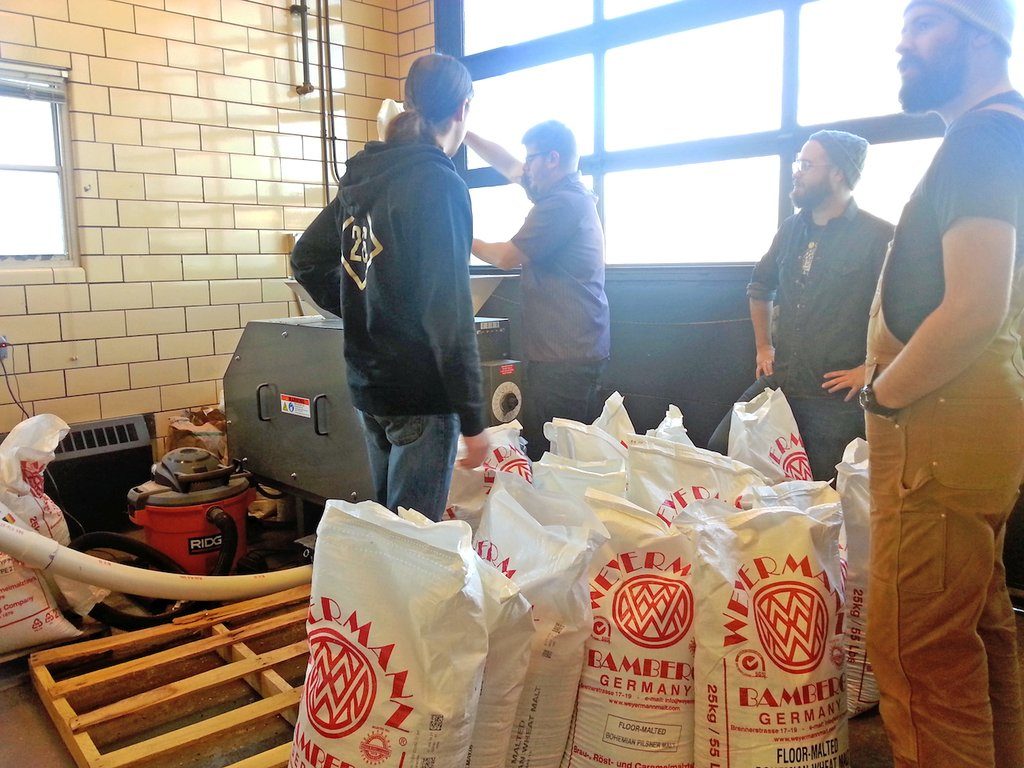 The Station 26 and Former Future crews grinding their mix of malts and wheat.

Once the grains were cracked and steeping, there was a meeting of minds as the two teams tried to determine the best time to add the hops and lemon zest in order to give their wheat wine the summery kick they’re striving for.  This was immediately followed by an offer of Station 26’s Kölsch, which was much more tempting than it should have been at 8:30 in the morning.

Collaboration Fest promises some of the best and most unique beers Colorado has to offer, and Station 26 and Former Future’s offering does not look to disappoint.  Between the joy and the expertise brought into the brewing day, Coloradans everywhere should look forward to this liquid meeting of cold and warm.