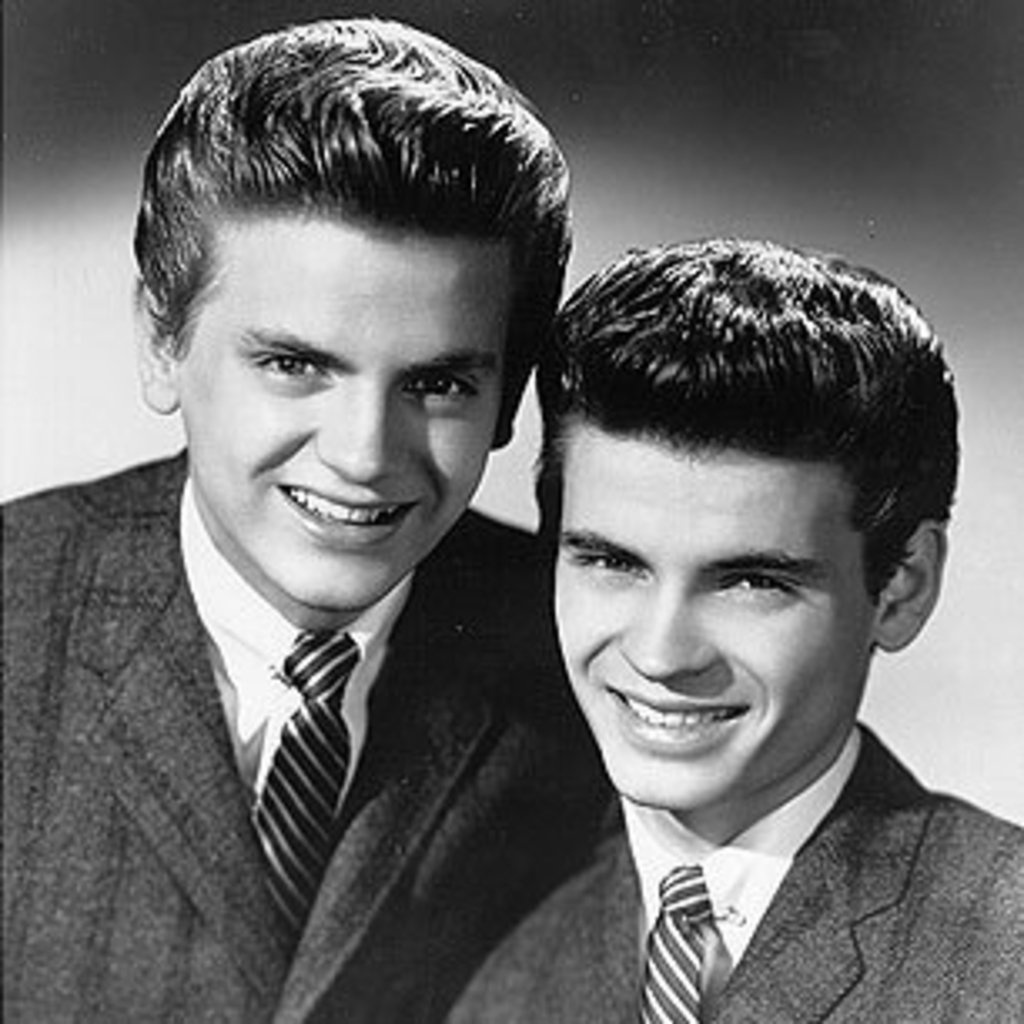 TBT: Everly Brothers Ask “When Will I Be Loved?” 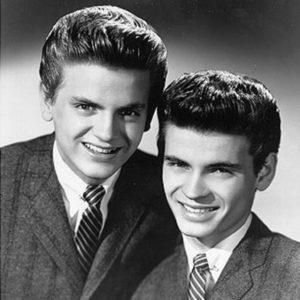 For this week’s edition of Throwback Thursday, I’ve decided to highlight The Everly Brothers. There are several dynamic reasons that I have chosen to feature these harmonizing brothers:

1. The Everly Brothers, hugely popular during the 1960s, have 35 Billboard Top-100 singles– 26 of those singles were in the Top-40. This is the most Top-100 singles by any duo ever (Hall & Oates narrowly beat them in the most “Top-40 singles by any duo” category). The Everly Brothers were inducted into the Rock & Roll Hall of Fame in 1986 (the year I was born) as one of the Hall of Fame’s first ten artists. They also hold the #33 slot in Rolling Stone’s list of 100 Greatest Artists of All Times. In 1997, The Everly Brothers received the Grammy Lifetime Achievement Award. Need I go on?

2. Everyone has been celebrating the Beatles lately, because this past week was the 50th anniversary of the Beatles coming to America and performing live on the Ed Sullivan Show. Well, The Beatles were largely inspired by The Everly Brothers, once calling themselves “the English Everly Brothers.” So this is my pseudo-tribute to the Beatles, as well.

3. Last night at the Pepsi Center, during a supremely epic night of music, Paul Simon and Sting ended their show by covering this song. Paul Simon had worked closely with Don and Phil Everly during the making of Graceland. Paul Simon, after the recent death of Phil Everly, had said, “They [The Everly Brothers] witnessed and were part of the birth of rock and roll.”

4. In lieu of Valentine’s Day right around the corner, why not post a good old fashioned “love song”?

The Everly Brothers appeared twice on The Dick Clark Show, performing Cathy’s Clown, All I Have to Do is Dream, and Wake Up Little Susie- as well as this little gem, When Will I Be Loved? Enjoy the following video, which depicts their second appearance on the show in July of 1960.