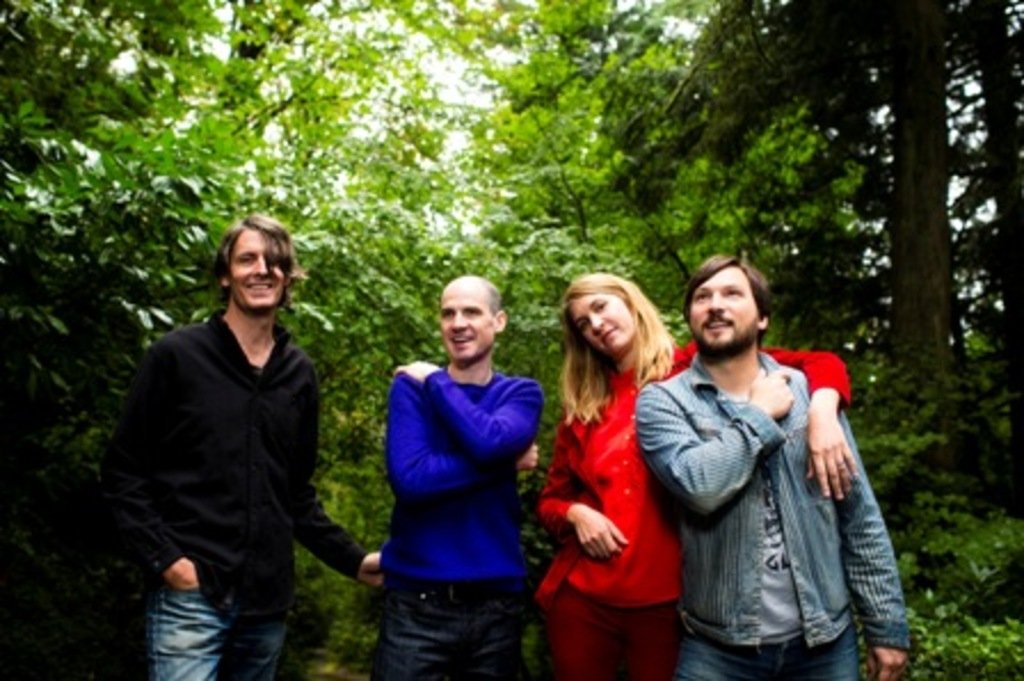 Renowned for his contributions to indie rock as the frontman for Pavement, Stephen Malkmus has followed those up with some pretty great tunes with his current band, The Jicks. Tonight at the Gothic Theatre, they’re kicking off the tour for their new record Wig Out at Jagbags.

The record, released early last month, is remarkably relaxed compared to Stephen Malkmus and The Jicks’ earlier efforts, which says a lot considering their tendency towards a slacker sound. This is the band’s sixth album, a record that might not surprise the longtime Malkmus fan who enjoy the singer’s smart lyricism and his band’s loose jangly approach to rock n’ roll. But there’s no denying the classic rock vibe of cuts like the bubbly “Chartjunk,” its quick guitar interludes capable of igniting simple Dad Rock pleasures in even the most jaded of hipsters.

Most of the time on Wig Out at Jagbags, Malkmus and The Jicks keep downtempo, but utilize plenty of elements to keep things interesting, like the chorale chorus on “Shibboleth” or the country twang snuck into “Cinnamon & Lesbians.” Another great cut is “Surreal Teenagers,” the title shouted out in the refrain over a lighter mix of drums and bass.

Though this contrast is an interesting element of the track, the song’s real power is in Malkmus’ fantastical lyrics, a typical characteristic. “I’d like to move to Micronesia, with my man servant Jon,” he sings towards the end of the song. “Jon is ever so loyal – he’s pugnacious in that regard.”

While the new album is good, there are countless gems among The Jicks’ discography. Curious newcomers should start with Malkmus’ self-titled solo debut from 2001 before trying on some of The Jicks’ more recent albums, like the stark Real Emotional Trash as well as what is perhaps their best record, 2011’s Mirror Traffic.

Wig Out at Jagbags is fine on its own terms, so one can expect Malkmus and The Jicks to perform most of the record on stage at the Gothic Theatre this Wednesday. If you still need to make up your mind, try the record’s lead single “Lariat.”