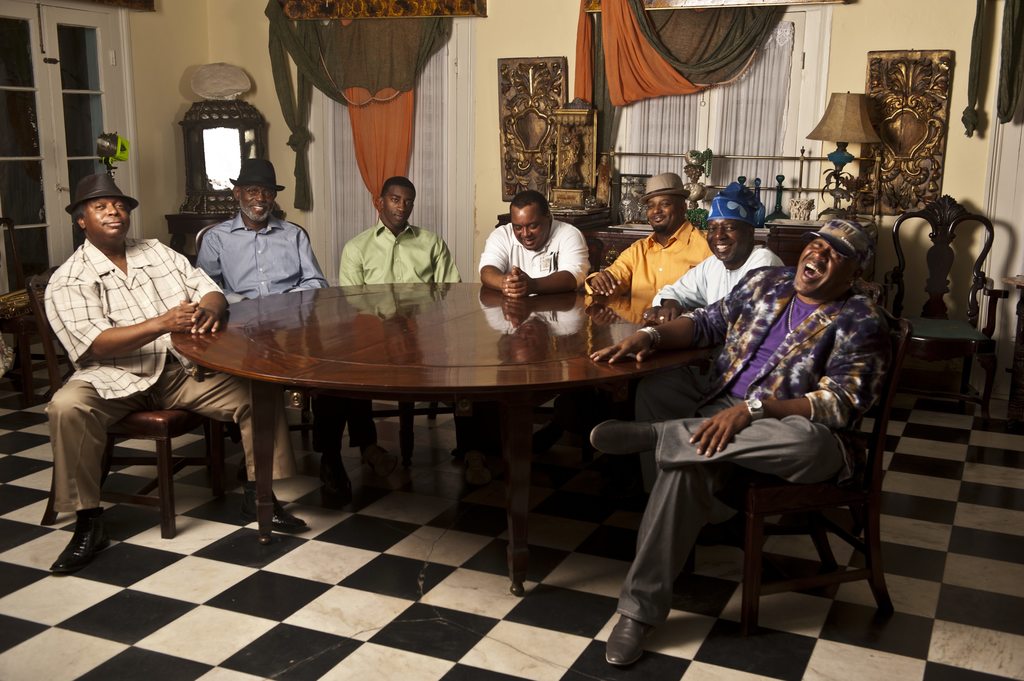 Brooklyn’s Pimps of Joytime share the bill with New Orleans’ Dirty Dozen Brass Band to provide a weekend chock full of funky bass, jazzy brass, and an all around sexy dance party. Thursday, February 27, and Friday, February 28, both bands can be found at the Bluebird starting at 9pm.

Tickets cost about $18-23 and can be purchased at http://www.axs.com/events/246790/the-dirty-dozen-brass-band-pimps-of-joytime-tickets.

Then the bands will divide and conquer: the Pimps will head to Steamboat (for a free show, as a part of Bud Light Rocks the ‘Boat Free Music Series), Snowmass, and Telluride to brave the snow and bring the funk. Dirty Dozen Brass Band will then head to Frisco, Aspen, and Steamboat (as a part of Strings Music Festival).

The Pimps of Joytime call themselves a “road tested and audience approved groove machine.” Their high spirited energy and blend of musical styles- ranging from afro-beat to salsa to electronic funk- is also infused with a dash of New Orleans flair. They have recently collaborated with the Neville Brothers and are working on their third studio album. Band ringleader, Brian J, packs a punch of soul and style that help to propel the band into a the limelight.

The Dirty Dozen Brass Band is celebrating their 35th anniversary of touring together. Trumpet player, Gregory Davis, describes the band like this:

“It ends up being like a pot of gumbo – you drop in a little okra, drop in a little shrimp, you drop in some crabs. Before you know it, you’ve mixed in all these different ingredients and you’ve got a beautiful soup. That was our approach to music early on and it still is today.”

The Dirty Dozen Brass Band has been “playing whatever they want” since 1977 and delighting audiences all along the way. These guys honor their New Orleans roots and heritage by remaining true to their style: traditional funk and jazz with a hint of Afro-Latino influence, a dash of Caribbean flavor, and a hearty sense of humor. They’re old dudes with young souls and they play the brass like it’s nobody’s business.

If you’re a funk aficionado, it’s likely you’ve already purchased your tickets. Fun and fiery grooves, an eruption of brass, and some serious gettin’ down: this week’s Bluebird shows are not to be missed.