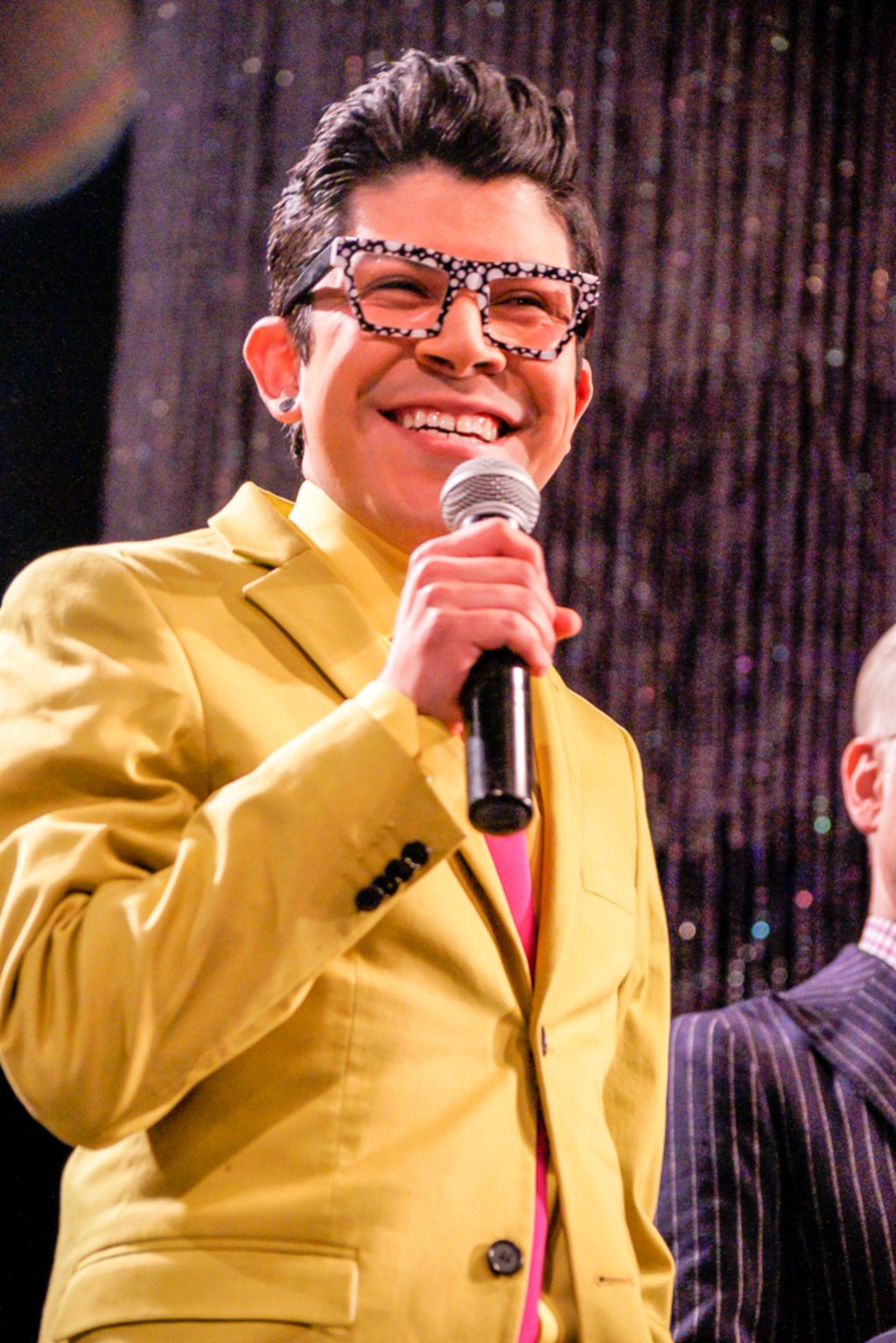 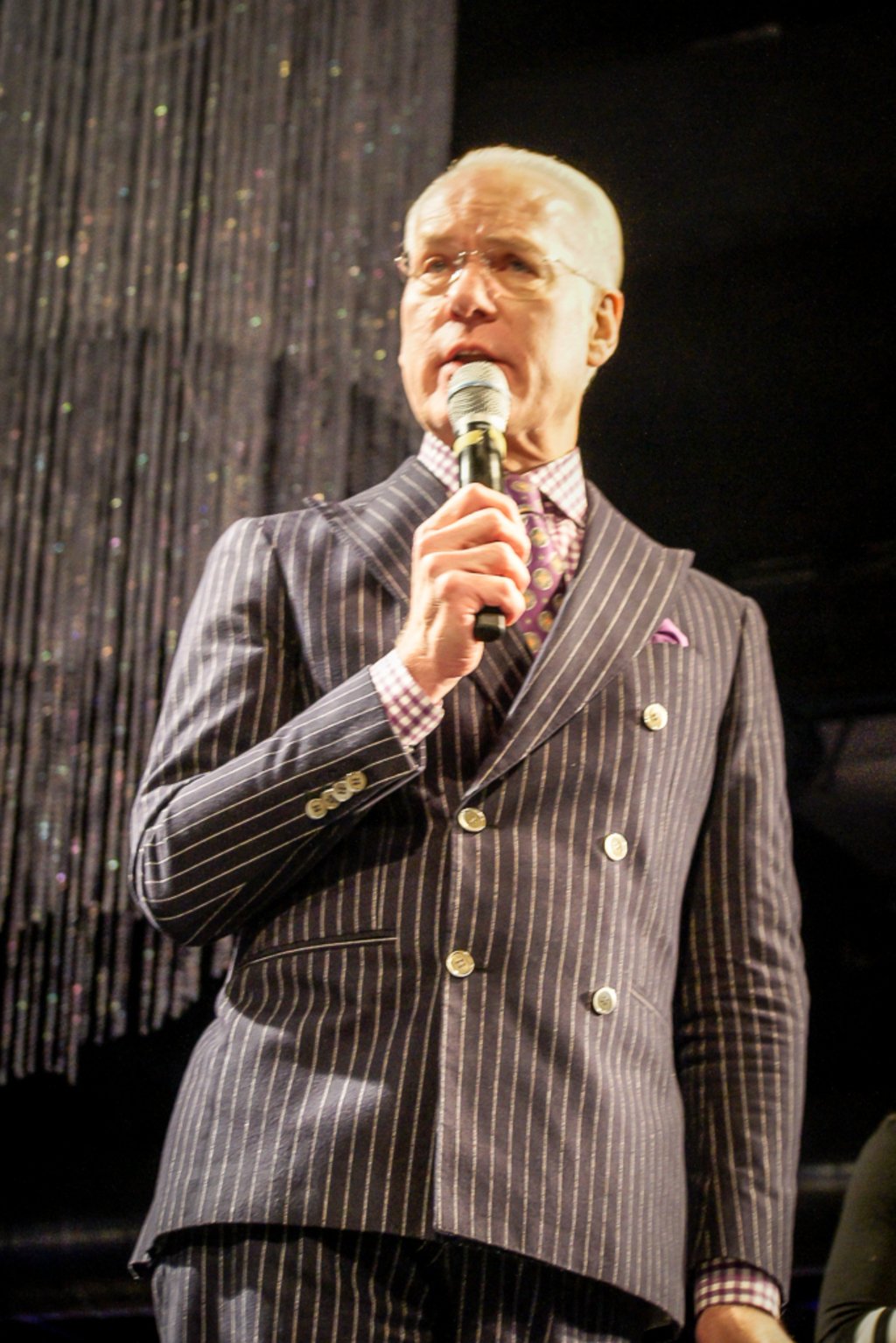 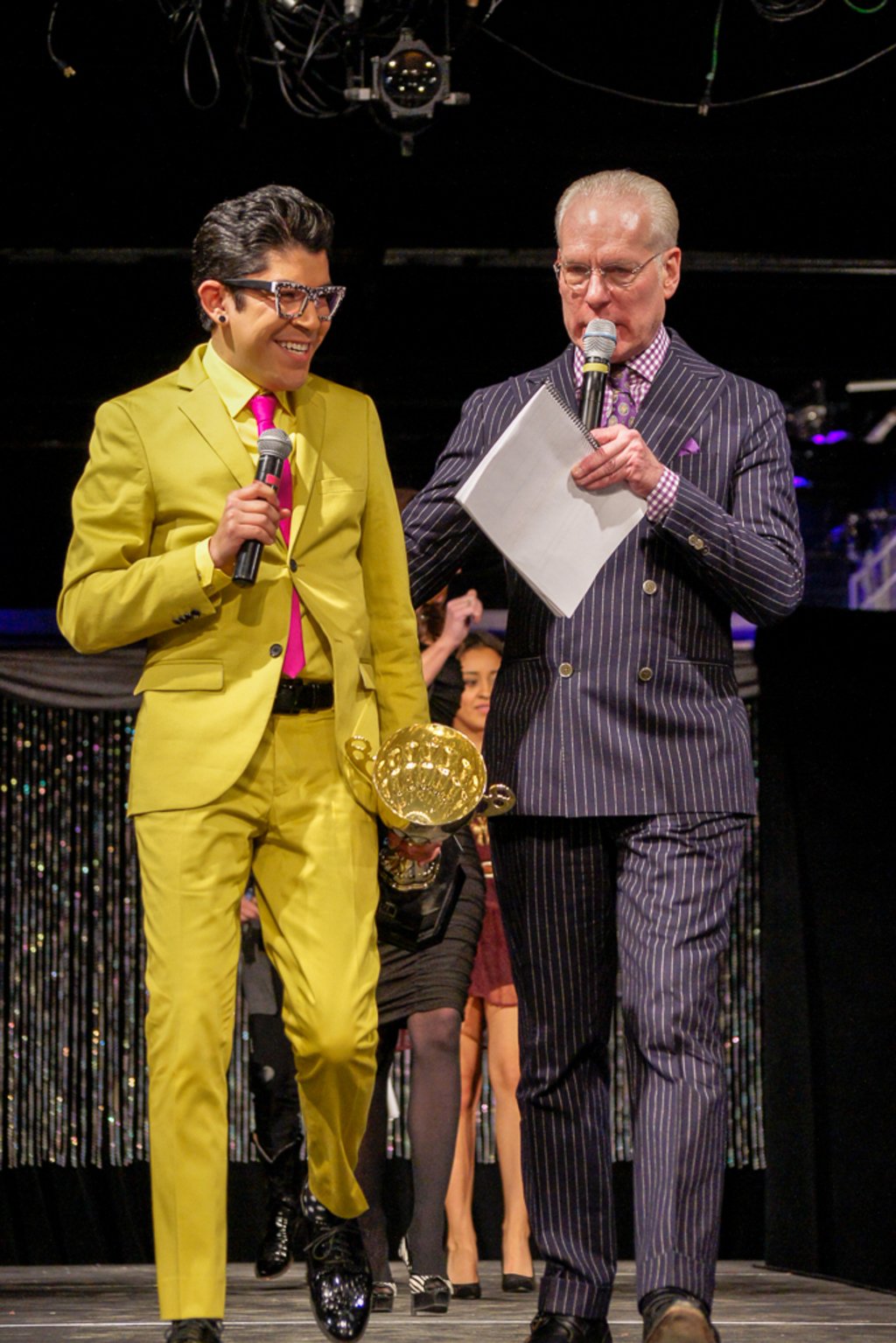 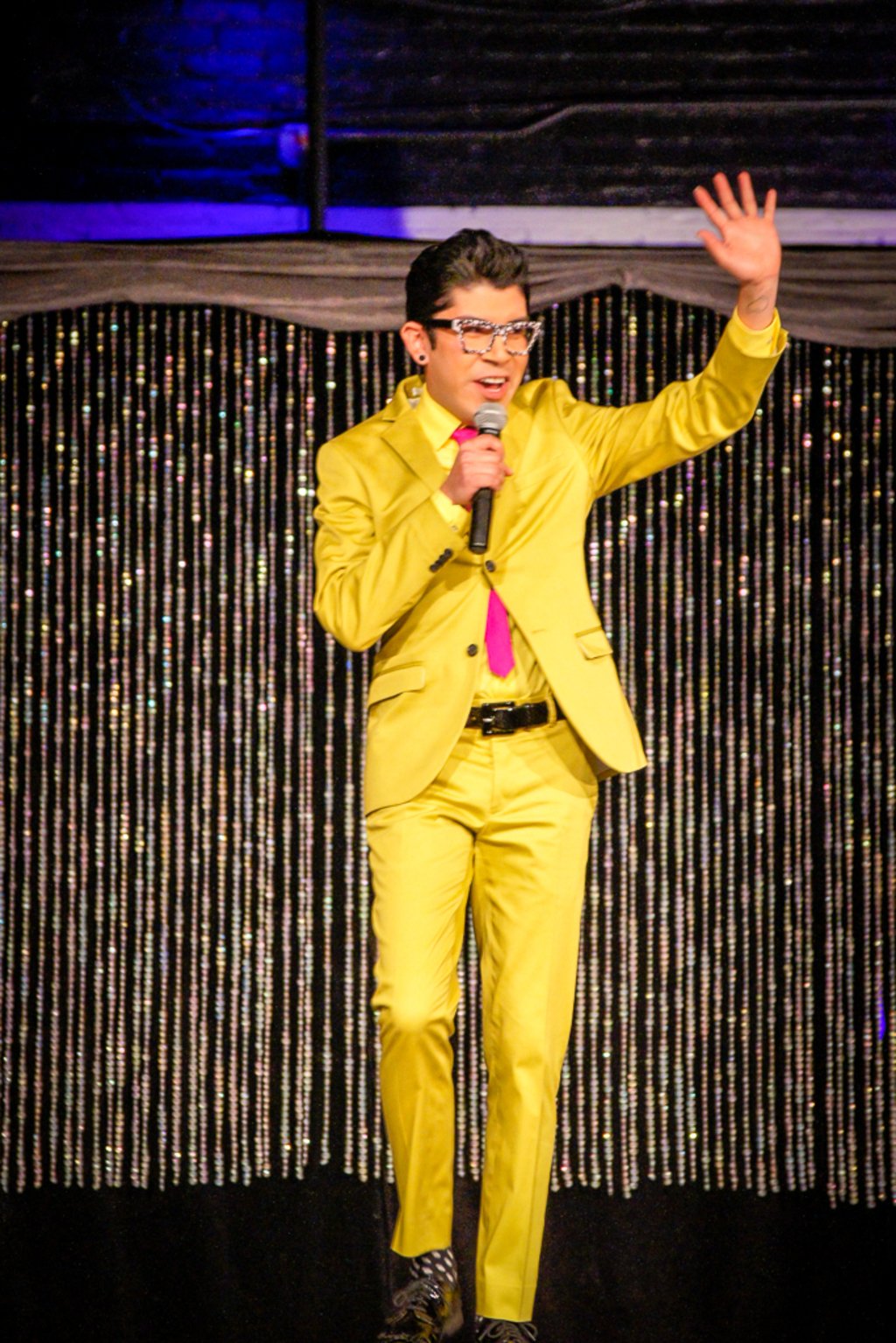 Tim Gunn is the co-host and mentor of Project Runway, which recently finished its 12th season, and host of Lifetime’s new fashion competition show Under the Gunn. Mondo Guerra has made the Mile High City proud with his runner up finish on Project Runway and winner on the debut season of Project Runway All Stars. He is currently a mentor to aspiring designers on Under the Gunn, where you will find another local designer competing and also representing Denver, Stephanie O. She styled the celebrity models for Goodwill’s Deja Blue Boutique fashion show, which took place after the young designer showcase.

Students from Goodwill’s youth programs at local high schools featured their upcycled designs in hopes of winning a Brother sewing machine and a coveted internship with Mondo Guerra to pursue their fashion dreams. Four judges, including Mondo, brought their Project Runway game to ultimately determine a winner. Each upcycled design was inspired by one of five cities: Austin, New York City, London, Moscow, and Tokyo. Take a look at the designs and who clutched the top three spots:

My inspiration came from the Harajuku culture in Tokyo. I made the jacket and hand painted all the emojis on the skirt for my upcycled look. –Kellehanna E’Shawn, designer 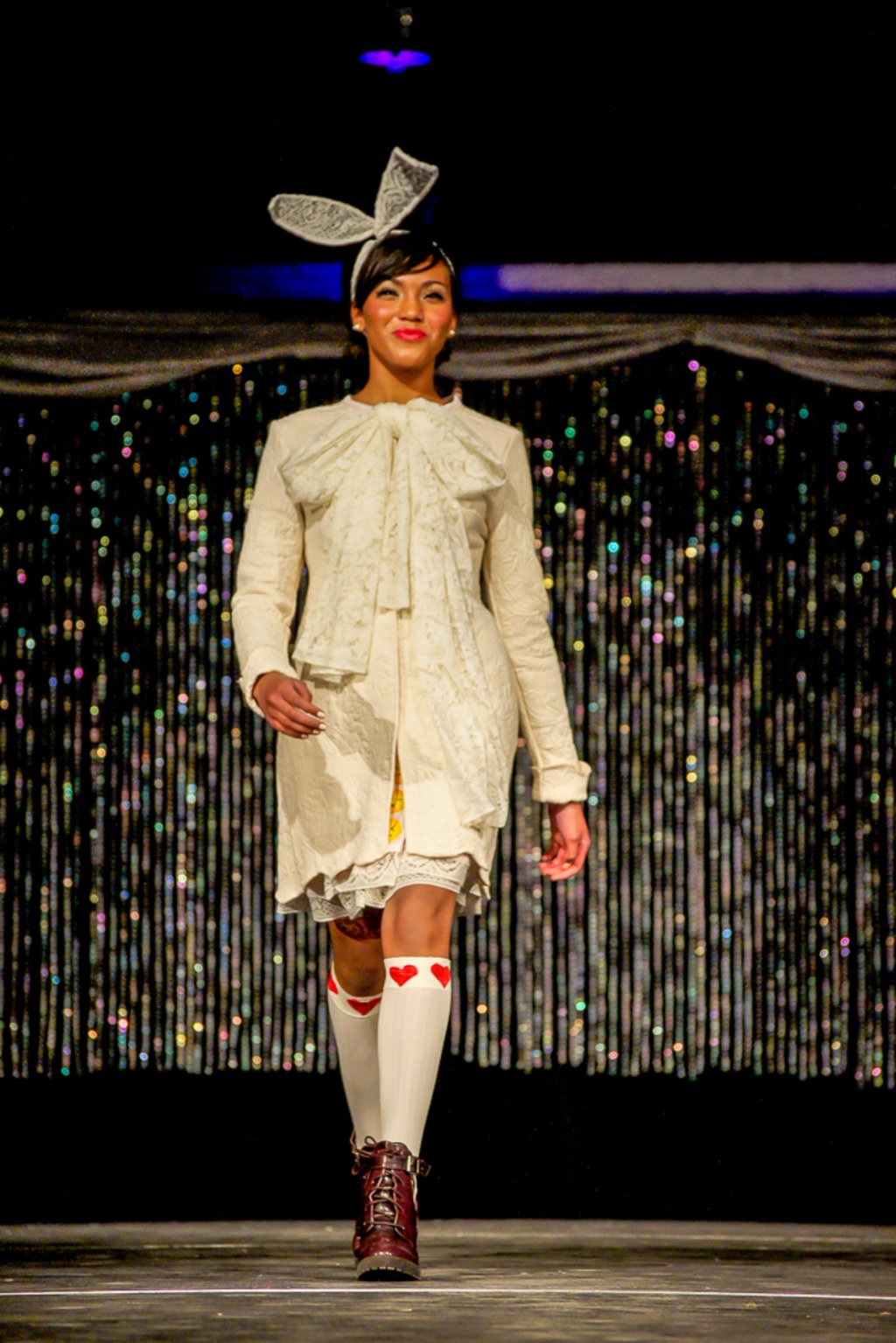 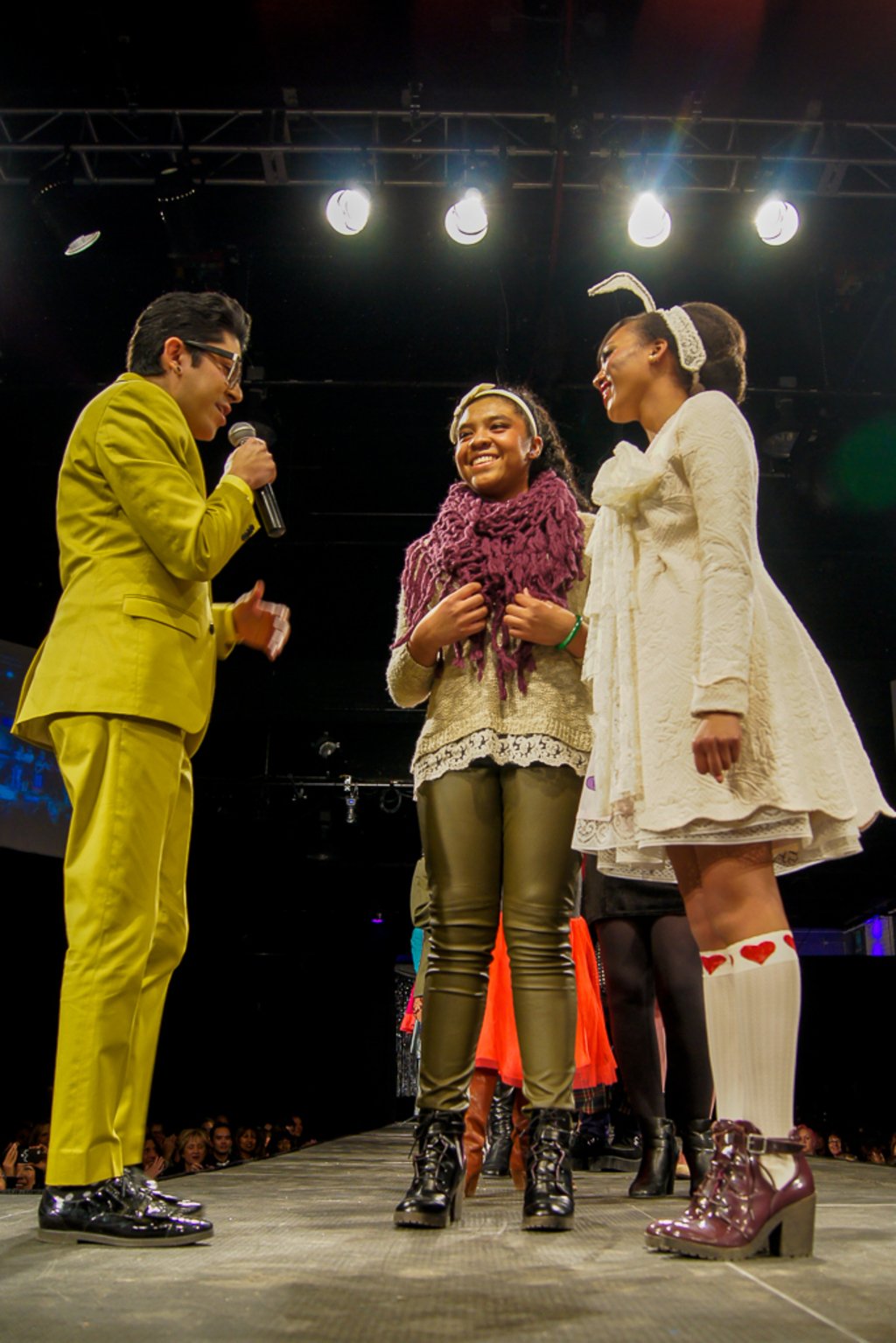 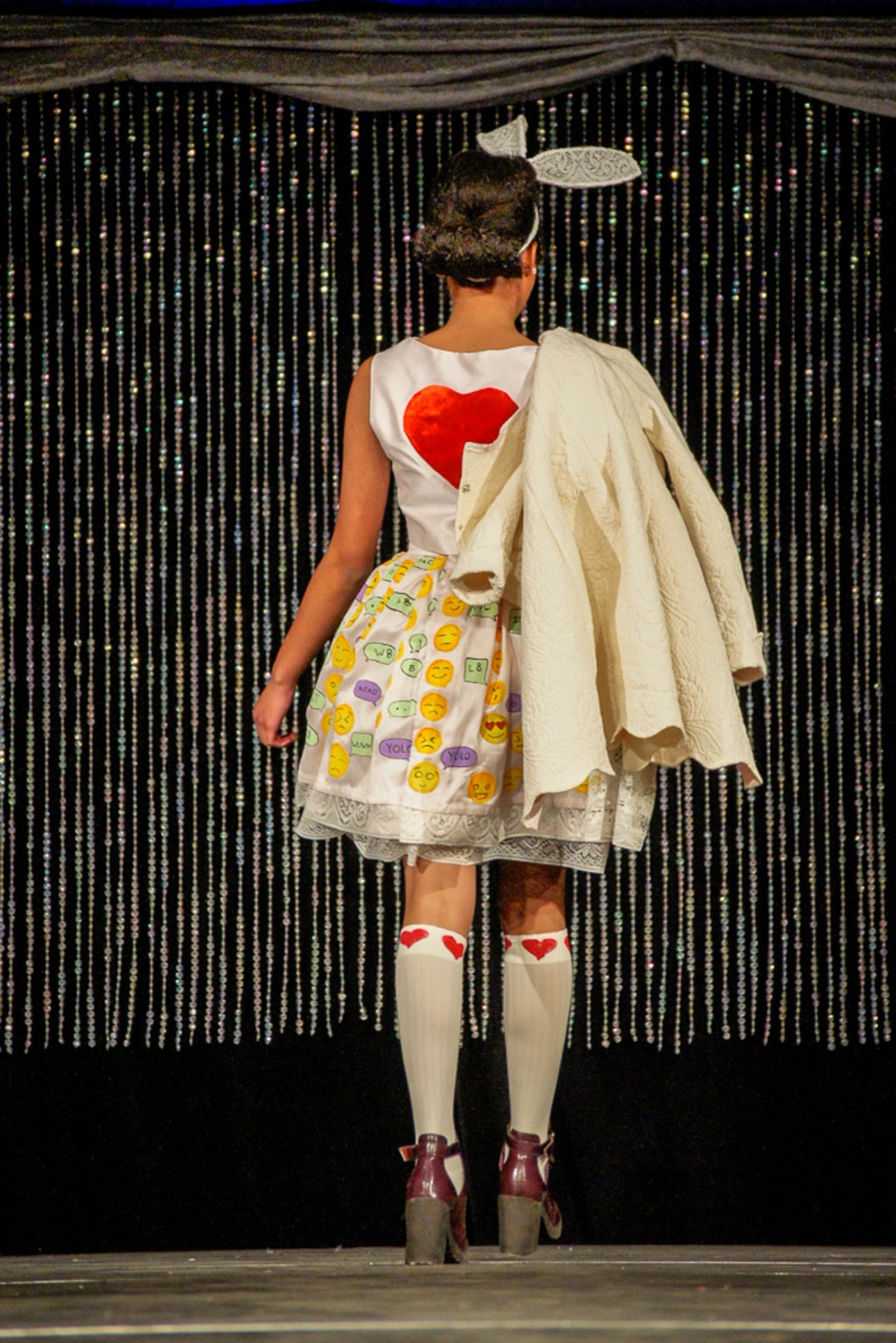 The skirt is J. Crew that I found at Goodwill. The red mid-section was a sleeve of a dress, and the white shirt was actually long sleeve and I chopped off the sleeves and added the ribbon and lace. I took the lining of the dress and made these flowers with beads on them.-Carlos Contreras, designer 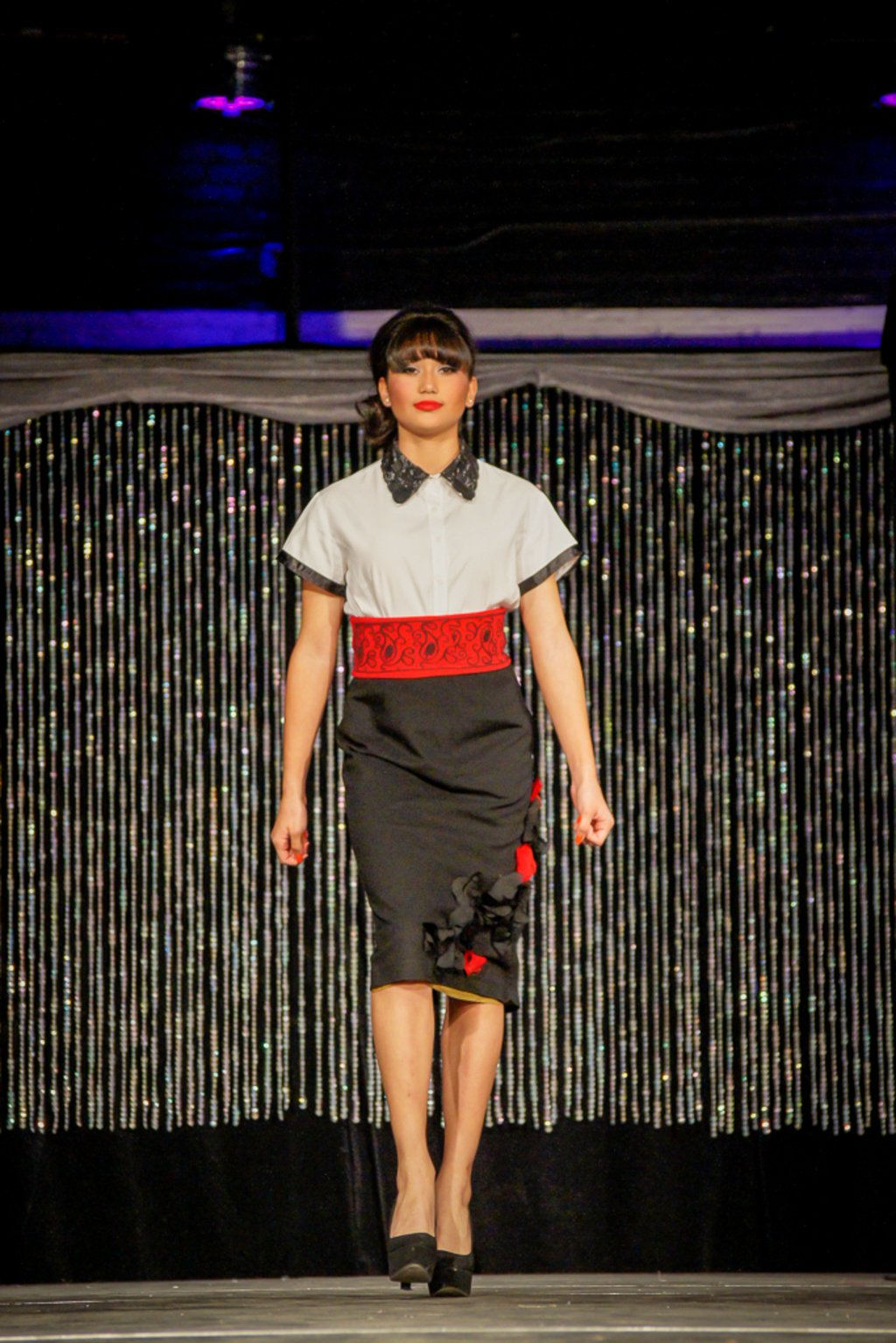 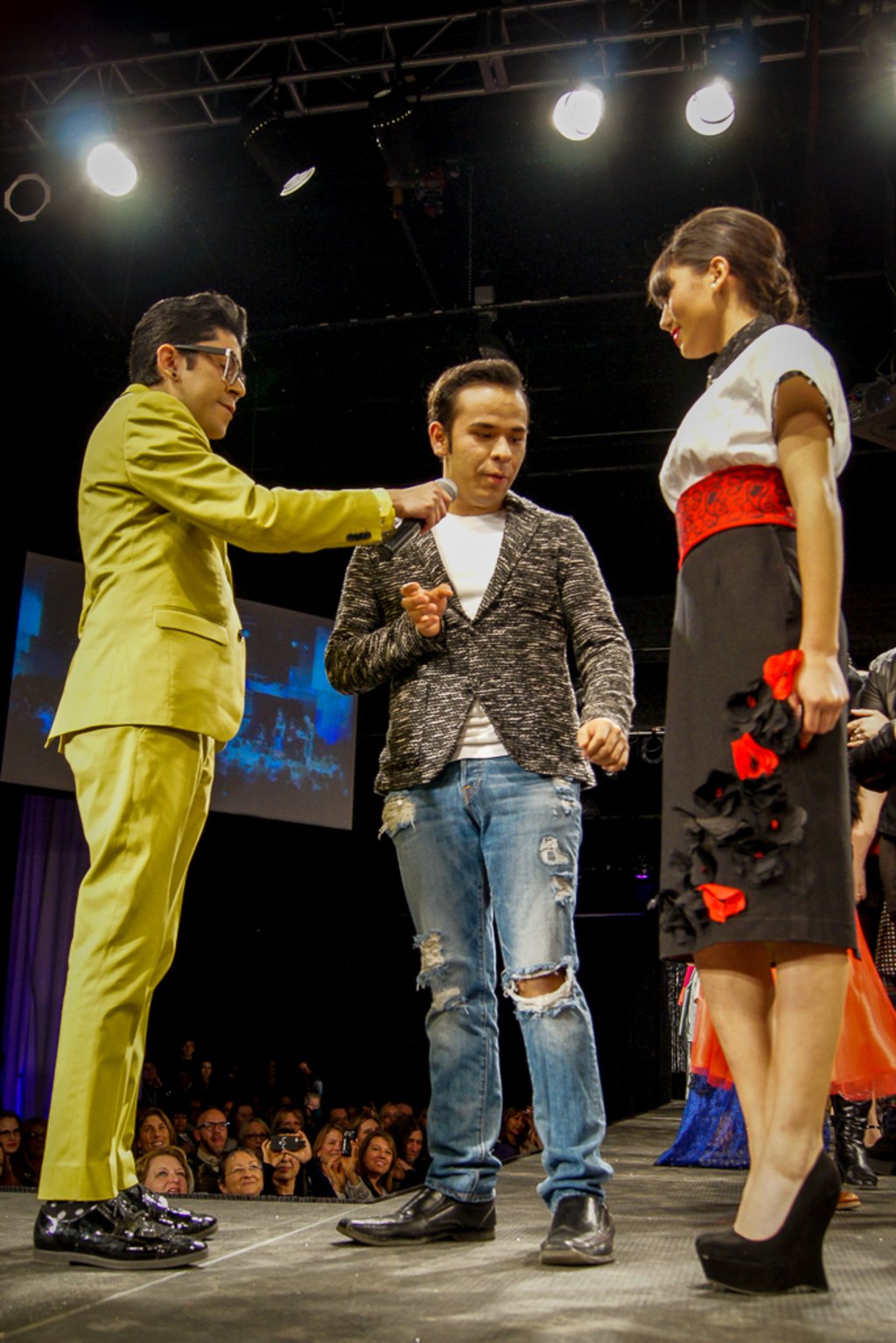 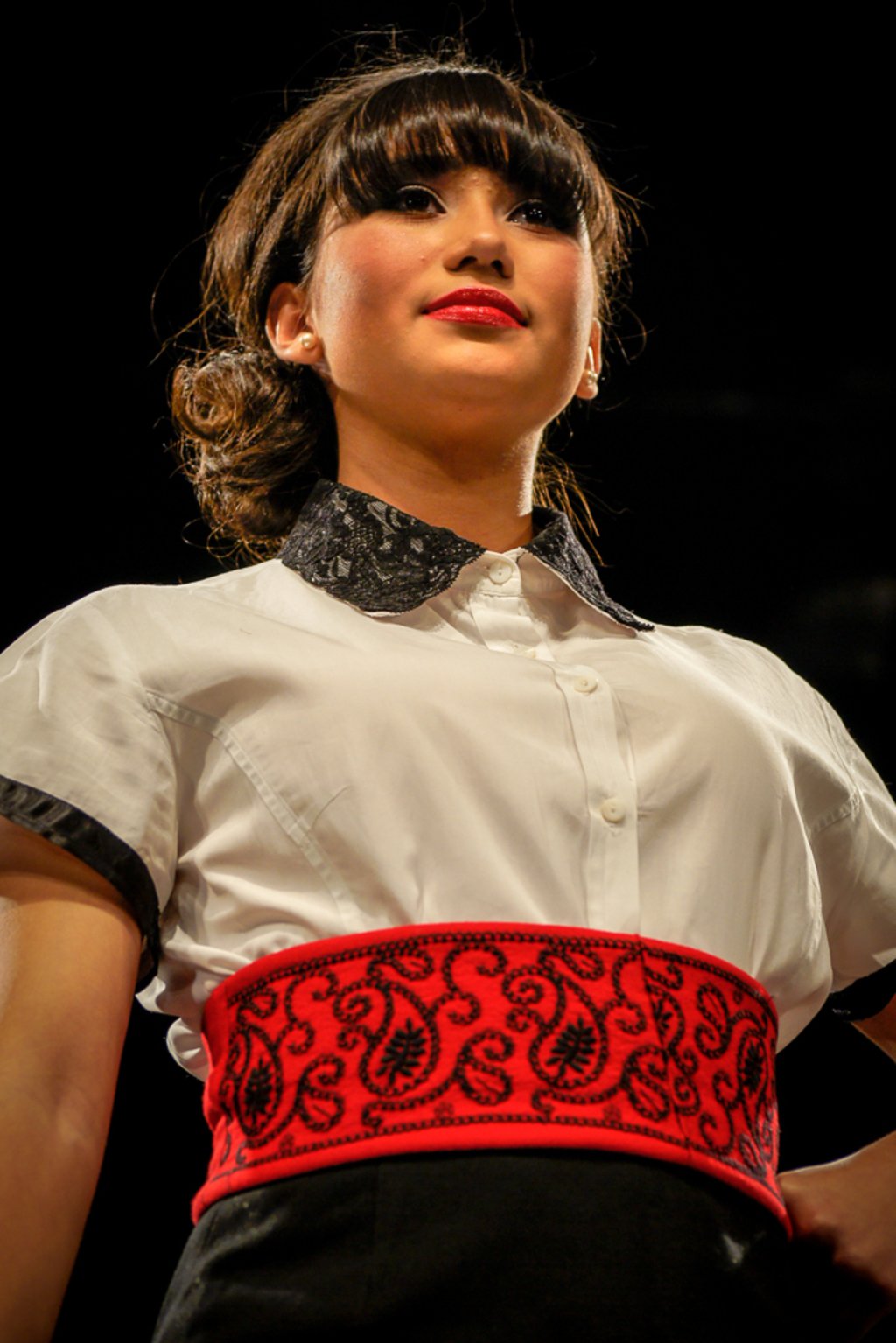 I changed my design so many times, but at the end Mondo wanted me to use this fabric in a way he hadn’t seen before. I wanted to do the obi because despite how modern Tokyo is they keep in touch with their culture, so I wanted to make sure to bring that into the look. Mondo also said to keep in mind unconventional items and colors so I wanted to make sure and incorporate those in as well.-Jackie Rodriguez 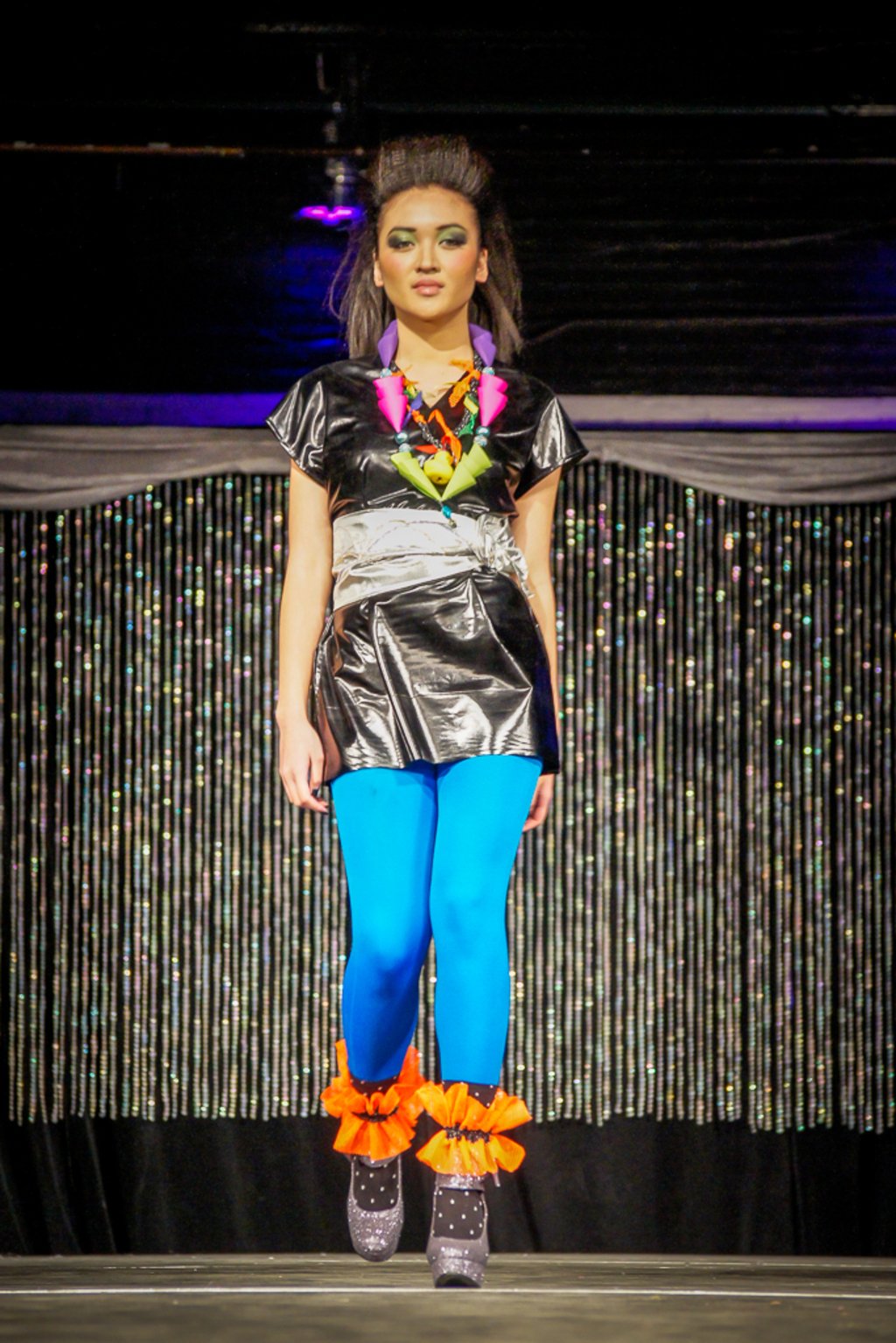 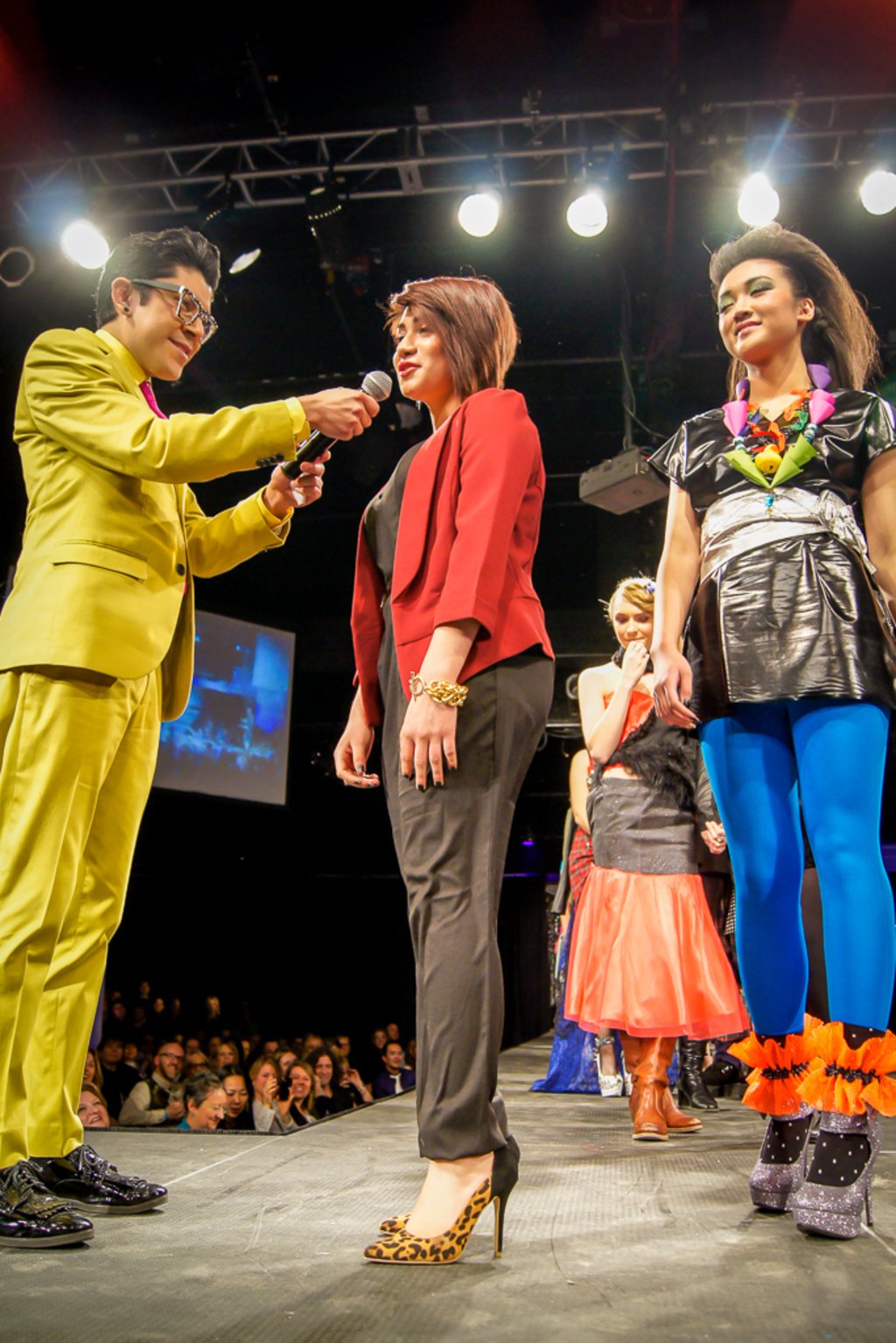 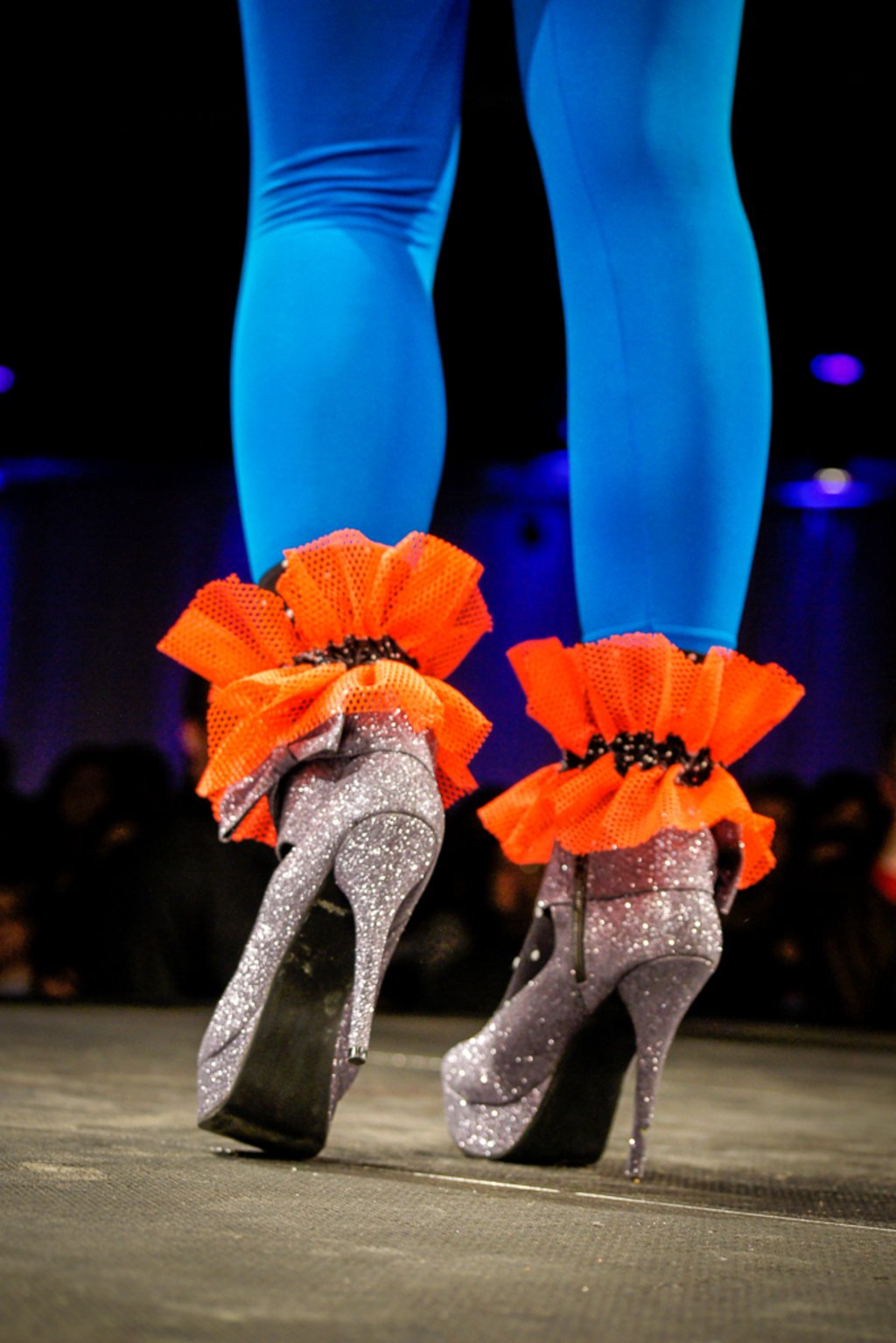 All Photos Courtesy of Rhonda DePalma

The young designers all did a fantastic job on upcycling their Goodwill finds. To see other designs, photos from Goodwill’s Deja Blue Boutique fashion show, and what went on at the clothing swap check out the 4th Annual Good Exchange Fashion Show & Clothing Swap Gallery HERE!

Don’t forget to watch Under the Gunn on Thursdays to support Tim Gunn, Mondo, and Stephanie O. The Beauty Bar located at 608 E 13th Ave. in Denver will be having Under the Gunn viewing parties on Thursdays from 6:00PM-9:00PM with Mondo and Stephanie O. This week special guest designer Michelle Uberreste will also be joining the party. Entry is free but a suggested $1-2 donation at the door benefits Denver Colorado AIDS Project and enters guests into drawings for door prizes.