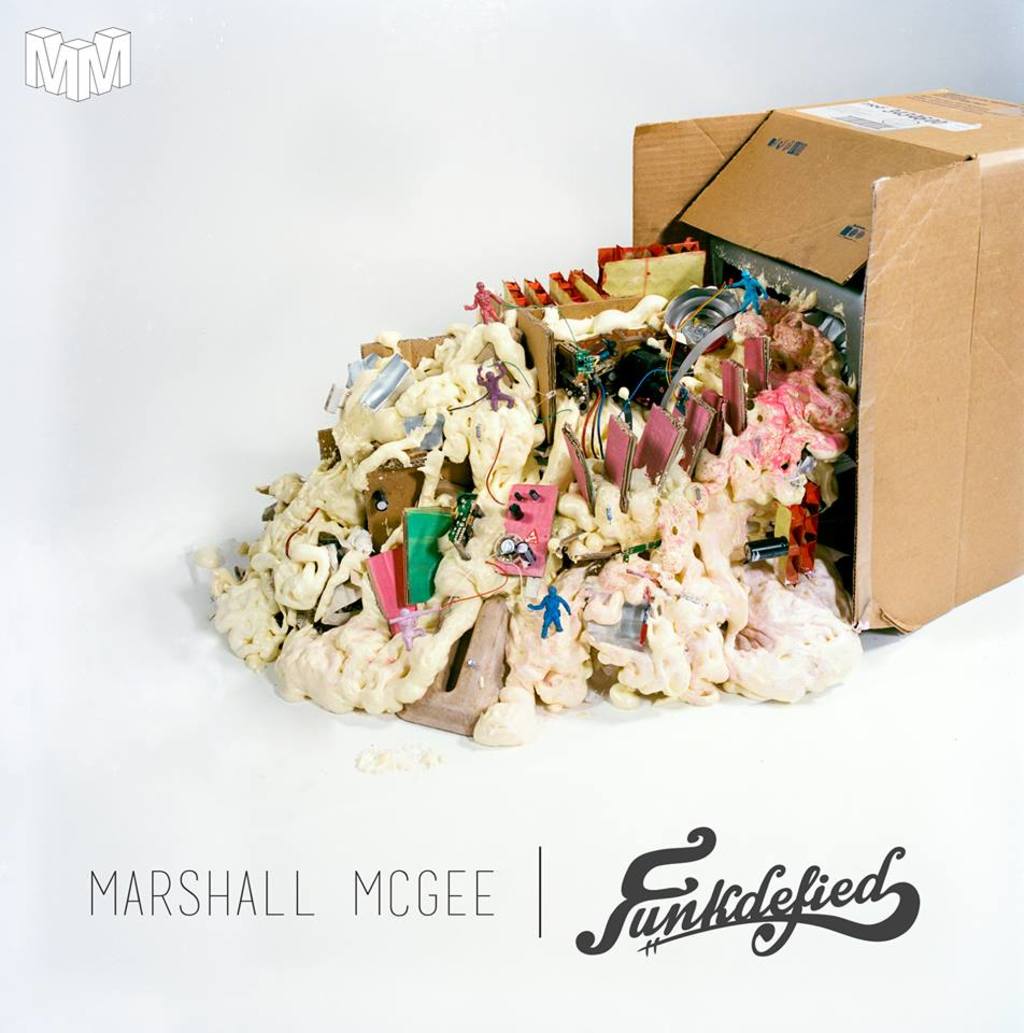 One indisputable reason to appreciate the internet is the ability to discover, within the mazes, something you’d never known existed. Yesterday during a Reddit AMA with Denis Jasarevic–better known as electro-funk producer Gramatik–the spotlight momentarily shifted to a young producer who asked a simple production question and gained a whole lot of exposure.

18-year-old Marshall McGee found himself in the middle of whirlwind of new fans after someone recognized his name in the comment and posted a link to his Soundcloud. Thirty seconds into the first track on his EP Funkdefied and I wondered, where did this kid come from?

The production is crisp, the samples chosen with intent and the looming guitar solos sound as if they belong in the newest Gramatik LP, not on the obscure Soundcloud of a kid in New York. With mature sounds and the ability to convey a type of emotion that producers twice his age have yet to achieve, Marshall is well on his way to becoming the next big thing.

He even got a nod from Denis himself on the AMA who said in reference to Marshall’s music, “Listening right now, dope stuff, Marshall!”

And with that simple line, Marshall’s Soundcloud blew up from a little over 500 followers to nearly 1500 in the course of a few hours. I spoke with a passionate and articulate Marshall the day after the Gramatik AMA and he was still shocked of the reception to his music.

I mean an accomplished producer like Denis to compliment your production music, that’s pretty great. I mean, how are you feeling right now?

Uhm I don’t think I’ve internalized it all yet. I mean, I think, two days ago I would’ve gone to bed happy knowing I had gotten 5 more follwers (on Soundcloud) and suddenly like 900 more are there at once and, I’m not gonna lie, it feels fantastic.

Like you said, there’s really no other time that this could’ve happened. I posted a question on a Reddit AMA and then log back in a hour later to see my Soundcloud blowing up—it’s pretty crazy.

I mean, your stuff is great. I listened to it and it sounds like something that would come out of one of those guys with years of production experience, which is very impressive.

Well thank you I appreciate that! (laughs)

And I saw that you record all of the bass and guitar on your tracks, how long have you been playing?

I’ve been playing guitar for like 8 years now. It’s really what got me into production because I had high school bands and we’d try and write songs and I’d admittedly be more bossy so I turned to my own production. So it’s just been that gradual evolution from playing guitar for me.

And what made you want to add the electronic element to your music?

I think honestly it is just how huge it sounded–how epic it sounded.

It’s sort of like being a magician in the way that no one quite knows how the sounds are being made.

How do you start of making one of your songs? Do you start with a guitar riff and go from there, or work with a sample?

How often are you sitting around making music?

I definitely try and do something every day even something small that I can use later.

It’s important to not try and force yourself to have inspiration that you don’t because that just leads to bad songs.

It seems like you have a pretty mature outlook on how you do things for someone that’s 18. How do you choose samples?

When I sample I use samples where I hear something that sounds empty in a spot and I instantly imagine something I could layer over it in a cool way.

So you’d never use a sample you deem perfect, you more want to find something you can make better or different.

Yeah, exactly. And I think there’s an epidemic with young producers today just sort of the mentality that if you know how to make drums you can just throw a sample over there and loop it and suddenly you’ve got a great song. But I think it’s important to start with a musical idea then use sampling as necessary to sort of make things more interesting.

And my biggest qualm with electronic music has always been the lack of emotion found in so much of it. And this is actually something Denis does really well—putting back the emotion.

And I feel like you’re on the way to doing that and you have done that.

Thank you! That’s seriously the best compliment I could ever ask for! I think the emotion for me might come through naturally with the guitar aspect. With a song like “Flicker,” which was just one session in four hours, I was just jamming and found something really smooth and was feeling a certain way when I found that solo. So I think if you know an instrument well enough, it just sort of comes through naturally, it’s like conveying emotion through speaking.

What do you hope to get out of this newfound publicity? Is there more pressure to get more stuff out there?

I think, hmm, I definitely feel more motivated. Now when I sit down as opposed to a few weeks ago I’m thinking that I’m making music that people are actually listening to and enjoying. So it’s more fun—that’s all that’s changed for me–I’m still going to keep doing it the way I have been and hope more people keep listening!

Marshall also gives all of his music away for FREE, so check out his Soundcloud and grab the Funkdefied EP.