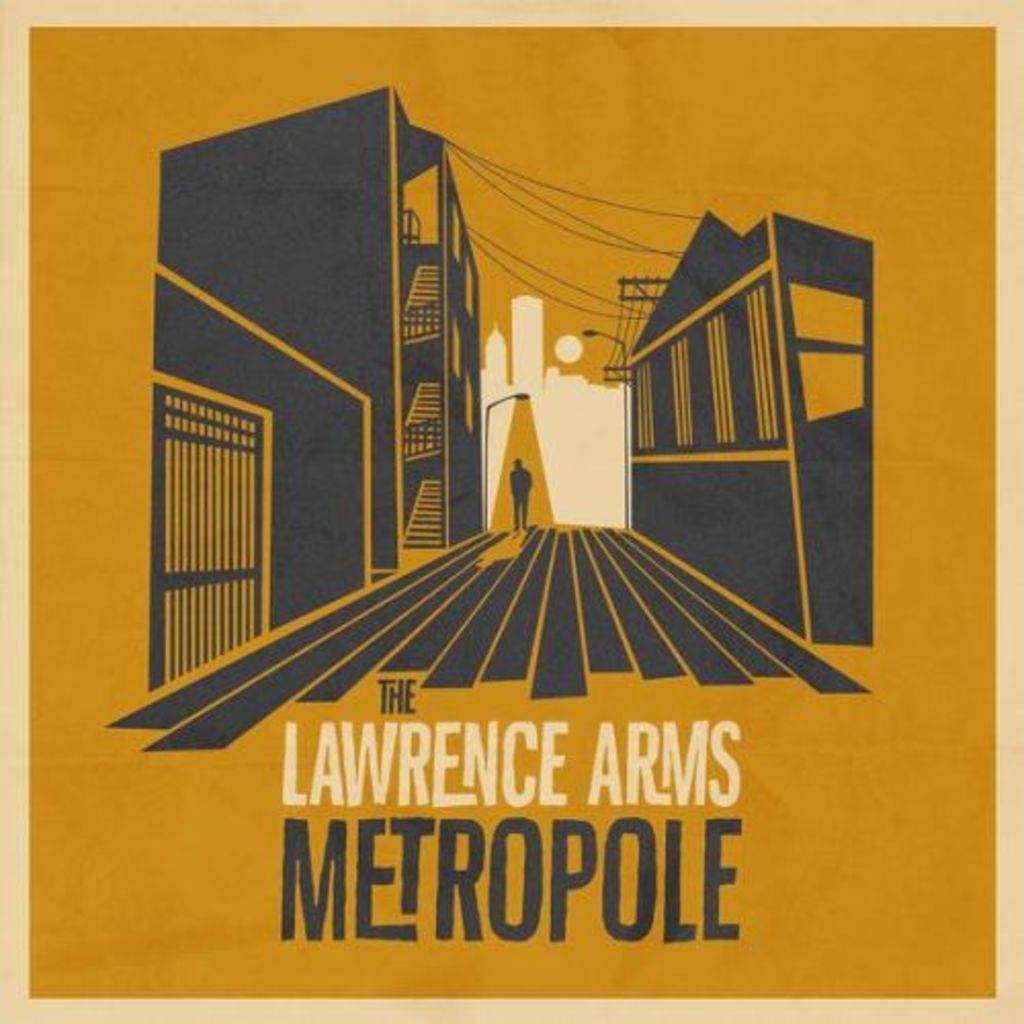 Metropole is the wake-up call album that all of The Lawrence Arms’ fans should pay attention to. After 12 total album releases, including EPs, full-length records and compilation releases, The Lawrence Arms finally show some slowing to their previous unrelentingly shameless nature that can be found throughout every one of their previous releases. That isn’t to say that the music isn’t up to par, because honestly, Metropole holds its own in its own respective musical flourishes, but it’s the aggressive attitude that all fans of The Lawrence Arms expect, that seems to have become a bit more withdrawn (the title track “Metropole,” and “Seventeener (17th And 37th)” are clear-cut signs of this reservation).

“Drunk Tweets” seems to be the The Lawrence Arms’ best display of raw bellicosity (much resembling the days of The Greatest Story Ever Told and Apathy And Exhaustion), as bassist/vocalist Brendan Kelly’s coarse, impudent throat-y vocals spit fire — “Fuck you, if you think I was born this way/’Fuck you’ are my very favorite words to say.”

Similarly, “October Blood,” the last track on the album, seems to be the performance that guitarist/clean vocalist Chris McCaughan gives that most resembles those same previous records. The tone, song structure and overall ebb-and-flow that “October Blood” spans from verse to chorus, is extremely reminiscent of songs like “Chapter 13: The Hero Appears” and “The Raw And Searing Flesh” (both found on The Lawrence Arms’ fourth record, The Greatest Story Ever Told).

But, arguably, the best tracks on Metropole come from a back-to-back duo that consists of McCaughan’s vocally dominated “Beautiful Things” and Kelly’s “Acheron River.” The Lawrence Arms have always been masters of song placement and album structure, as Kelly and McCaughan almost always split lead vocal work, back-and-forth with each song that appears on a record. Whether it be Kelly’s turmoil-esque punk, thrash anthems (Oh! Calcutta!‘s “Requiem Revisited”) or McCaughan’s melodious ballads (Apathy And Exhaustion’s “Right As Rain (Part 2)”), The Lawrence Arms always remain balanced. And a balanced album is a good album … and often times, a great album.

Metropole might not be a strong contender in the eyes of the fans whose favorites often consist of The Greatest Story Ever Told, Oh! Calcutta! and Apathy And Exhaustion. But, for a band who’s switched record labels three times (Asian Man Records, Fat Wreck Chords and their present place on Epitaph Records), produced more music and toured the country more times than most bands ever dream of, and to this day, are still held in the highest regard among the punk and punk rock scenes, Metropole is one hell of a sixth album.

Expect a much more mature, much more focused clean sound on Metropole — especially in regards to Kelly’s and McCaughan’s vocal abilities — but, also expect those good ol’ tracks of fury that The Lawrence Arms have always executed perfectly.