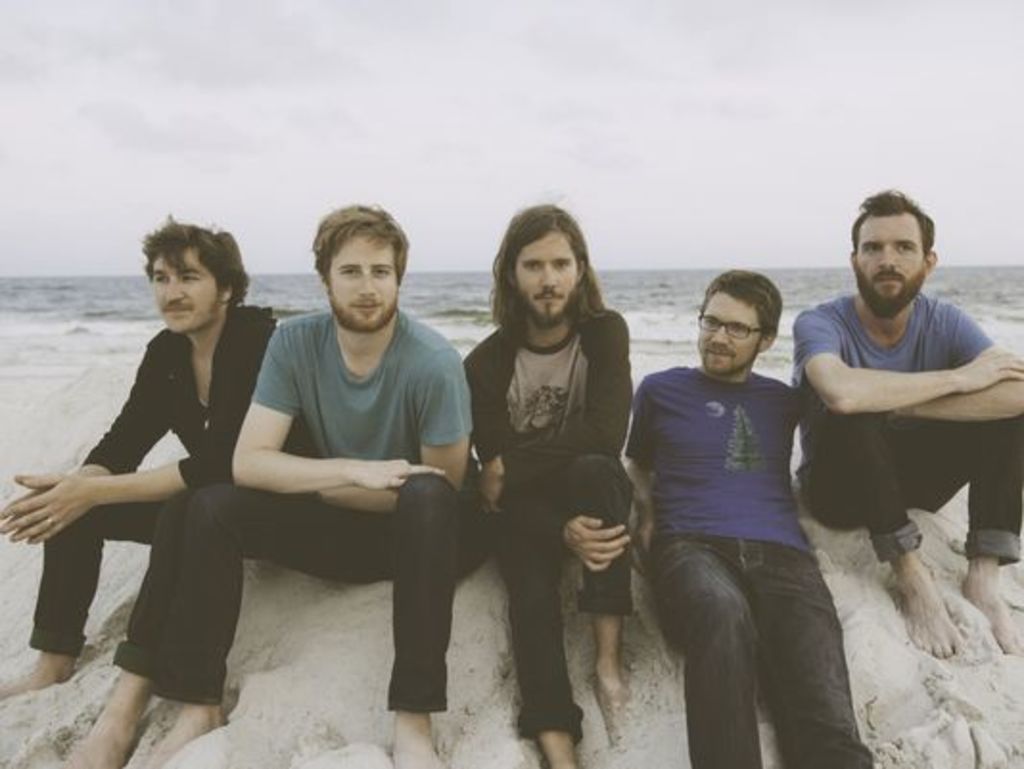 Moon Taxi, a Nashville based rock group, has been touring relentlessly through the fall and winter celebrating their third album, “Mountains Beaches Cities.” After three weeks on the road, Moon Taxi will be wrapping up an eventful tour here in Colorado. You can catch Moon Taxi and White Denim at Denver’s Bluebird theater this Monday the 27th, showtime: 8 o clock. Get your tickets here.

In addition to releasing their third studio album, Moon Taxi has also just come out with an all acoustic EP called “Acoustic on West 56th” and released their latest music video for their song “River Water” which just premiered on CMT.

303 Magazine spoke with bass player Tommy Putnam about what made this tour special, where you can see them on the summer festival circuit and what went into the making of their latest video.

303 Magazine: Mountains Beaches Cities definitely has a bigger sound than previous albums. You guys have also been playing at bigger venues than in previous tours. Are you excited to be moving from The Other Side at Cervantes to the fabulous Bluebird Theater this go around in Denver?

Tommy: Yeah I’ve actually never been to the Bluebird but I’m really excited to check it out

It sounds like of all the members, you spend the most time exploring all of the other live music acts out there today, especially locally in Nashville. Do you have a favorite up and coming you’d like to see more of?

Theres a bunch of really good ones. We’ve got bands that we’re friends with, there’s one called Machines Are People Too, and it’s been really nice to kind of watch them grow up and become a better band. There’s also some really good ones that are starting to grow that were not big earlier like Wild Cub and yeah there is a bunch. They’re all starting to do some really cool things. There’s a whole lot of talent there it’s kind of crazy. I feel like people from all over the country and all over the South East are kind of flocking towards Nashville because it’s more affordable than New York or LA.

Yeah for sure. It has been a pretty non stop few weeks of touring for you guys. Has there been a favorite show so far on this tour or something notable that has happened?

Playing the Troubadour in LA was really cool and then we sold out San Francisco as well and it was only our second time there. Those people got to know a lot about us which is great cause it’s really far away from home and we’ve only played out there one time ever and it was years ago so to go back and sell out San Francisco was a really big deal. And then also playing on Conan O’Brian, that was really exciting too.

He came up to us before we played which is unusual. We played Letterman back in November and he doesn’t really talk to you. The only real exchange we had with him was the handshake at the end and when we walked out to set up he kind of nodded his head at me and I nodded back and that was about all we got out of him. But with Conan we talked to him a lot. Trevor talked to him a lot after the show about guitar and he came up to us beforehand during rehearsal and told us how much he liked us and he really liked the band a lot which is really cool.

Yeah, I bet that was really cool. So right now, your festival schedule is looking very “mountains to beaches” from your return to the Hangout and Wakarusa to Mountain Jam as well. Any particular festival that you’re most excited about playing for this summer?

The Hangout. Have you ever been there?

I haven’t but I’ve always wanted to. You can’t beat music on the beach I’m sure.

No, you can’t. And the way they treat the artists there is just incredible. All of the artists have our own private beach with our own private bar and there are massage tables. I remember watching Michael Franti the first year…it stormed really bad so they opened up the gates and made it free for everybody to come in on Sunday because after that storm everybody cleared out and they were really worried people wouldn’t come back so they made it free and everybody came in and Michael Franti was playing and kind of like brought everybody back into the festival because, you know, their music is super positive. I was up on stage and you could see dolphins swimming in and birds flying over and it was really something special.

Sounds amazing. I hope I can make it this year. So what inspired you guys to make “Acoustic on West 56th”? Its a great contrast from the electric sound on the “Mountains Beaches Cities” album. 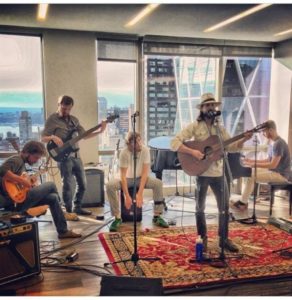 It was kind of a funny thing. We were playing this party for some music people in New York on West 56th St. and it was way high up in this office building with a beautiful view of the city behind us and we decided to record it just for, you know, whatever’s sake, in case it was good, but we didn’t really have any plans for it. It sounded really good and we performed really well so we got it mixed and we decided to put it out. Why just sit on it you know? Its something I think the fans would like.

Yeah it looked like a really cool setting to record an album.

Yeah, it was a cool day. We were so busy that week, it was the day before we released “Mountains Beaches Cities.”

You guys have come out with a couple of music videos recently, like River Water. What is the process like of choosing which song to shoot and how you want to portray it?

Usually someone in the band gets an idea and then we all kind of discuss and maybe argue over it sometimes but you know, in the end, when we need a video done we just give an idea a shot. If it turns out good, it turns out good. The kids that are in our River Water video are actually on our record, they recorded some vocals for us. They were from Wes’s friend’s after school program, I think its called Academy of Rock, where these kids all learn how to play guitar and write rock n roll songs. So we gave them an opportunity to record and they sounded great and then we put them in the video too and its on CMT now and that’s a pretty cool thing.

You guys get a break for a couple of weeks coming up. Any big plans or are you ready to just decompress in Nashville for a little while?

I’m literally planning on going inside my house and just getting some privacy for about two days. We’ve been on the road for three weeks, and you know, we don’t get tired of each other but the only thing you don’t get on the road is a moment to yourself which is probably the hardest part of all of it.