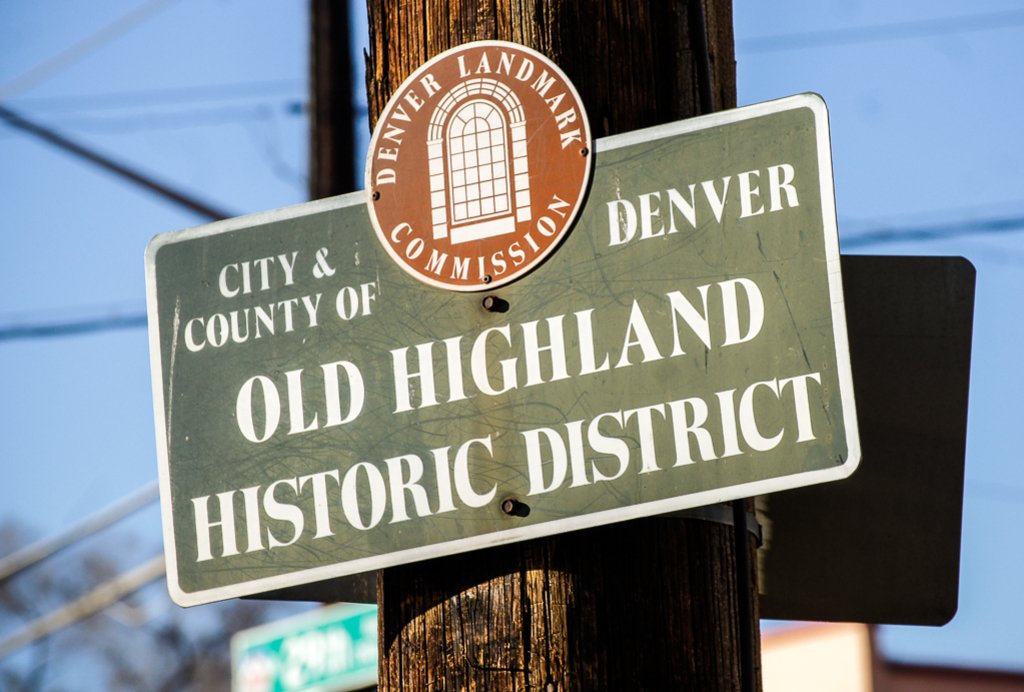 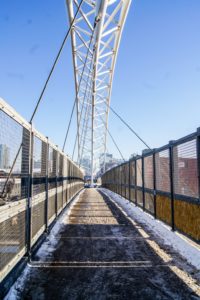 The Highlands Bridge, opened in 2007, serves as a connection point between the Highlands and downtown Denver.

Near the Northwest corner of the city lies a 250-acre neighborhood that has swiftly be one of Denver’s ‘it’ places to be.

“What originally got the boom of the Highlands started was the old architecture and ability to get really good, beautiful homes at a good price,” said John Skrabec, Founder and broker with Live Urban Real Estate, Inc.

Today, the neighborhood, bordered by I-25 to the East, Sheridan Boulevard to the West, 38th Avenue to the North and 29th Street to the South, is a flourishing cultural hub attracting a diverse mixture of young families and professionals.

Home to nearly 10,000 residents, the Highlands neighborhood distinguishes itself through walkability and a hot culture. Steadily becoming a popular alternative to downtown Denver, the hundreds of mom and pop retailers, boutiques, trendy restaurants and bars, galleries and three distinct business districts, continue to draw visitors and residents, like LoHi resident Ali Trembly, to stay in the area.

“I love living in the Lower Highlands for the walkability, the variety of restaurants and things to do,” Trembly said. “It’s just so fun to go and hangout downtown.”

Within this walkable neighborhood are two specific business districts creating a lot of buzz. Each district, Highlands Square and the Lower Highlands (LoHi) offers a distinctive, trend-setting array of businesses and a hip flavor to the historic, community culture of the Highlands.

“The Highlands is like living in a small town in a big city,” Skrabec said. “It has the amenities of a big city, but it feels like a small town, that’s why I like it and why I stay.”

LoHi, or the Lower Highlands, is a vibrant, bustling corner of the neighborhood that is bursting at the seams. Packed with luxury lofts, tudor-style homes, this section of the neighborhood boasts some of the most popular spots in town. Panoramic views of the Denver skyline; a variety of craft eateries and bars such as Lola, the Ale House, and Forest Room 5; well-known hangouts like Little Man Ice Cream, and more than 60 trendy perusable boutiques cram the area adjacent to downtown.

Encompassing views of the Denver skyline can be seen throughout the Highlands.

Near 32 Avenue and Lowell Boulevard in the West Highlands is Highlands Square. With more than 90 different restaurants and businesses, Highlands Square offers those west of Federal Boulevard a little bit of everything within a short, five-minute walk or bike ride from home.

Just West of I-25, the Highlands is a five to ten minute walk, bike ride or drive away from the amenities and attractions of downtown Denver such as the Convention Center, the 16th street Mall, Coors field and the bar scene in LoDo. — Not that you would need to leave the Highlands.

In my opinion, with its numerous amenities, walkability and prime location, the Highlands is a cultural hood full of happenin’ places to live, eat and play.