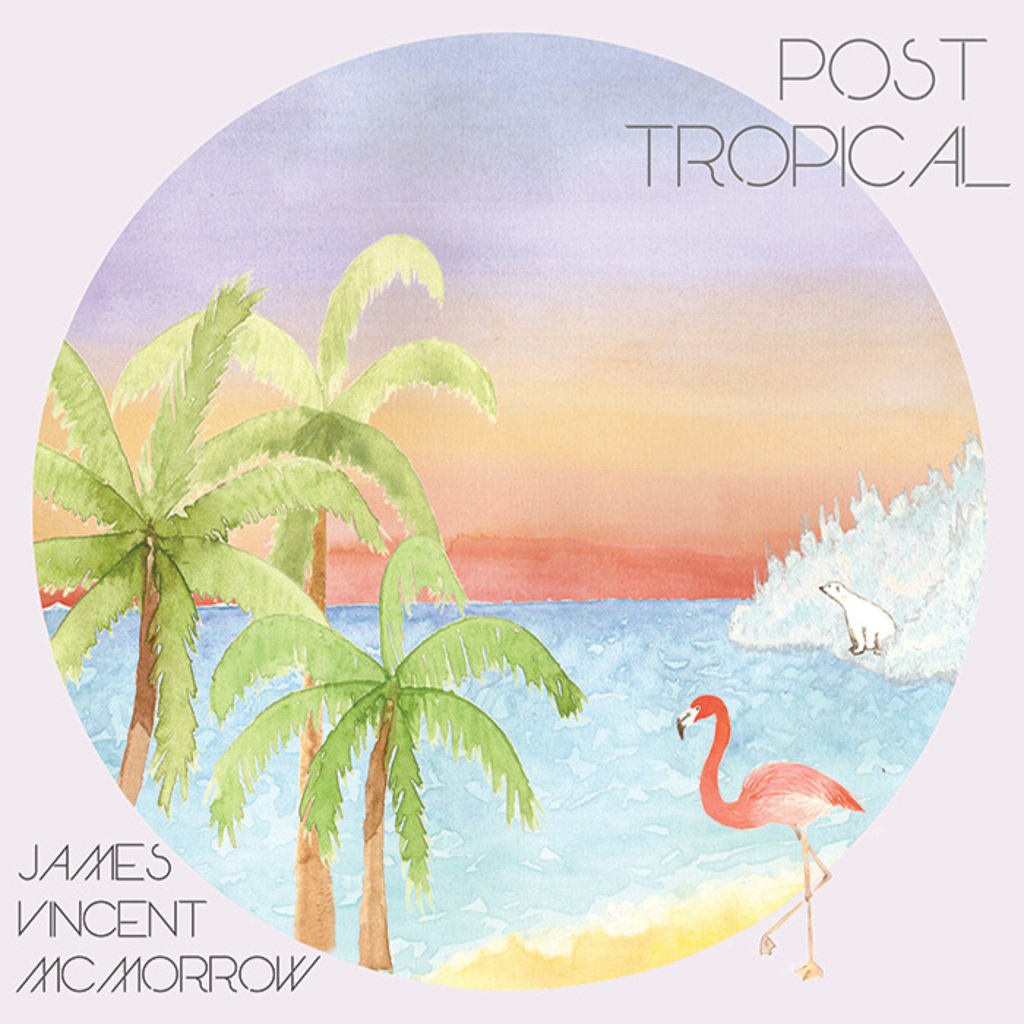 Post Tropical delves beyond the average shallow saccharine and beyond McMorrow’s on-the-surface, conspicuous sentimental emotion (which truly pales in comparison to what lies beneath the initial musical guise), heading straight for the depths of heart-rending solitude. There’s little solace here. Hardly any convalescence. And a vague semblance of catharsis. True love lost, yet still remembered. McMorrow stresses on the past (“Speak until the dust settles in the same specific place/I remember my first love” he sings on “Cavalier”).

McMorrow’s distinct, poignant soprano vocal tone bites across each track. The use of slow drum rhythms (including a wet snare that cracks in vibrant pace), steady pulsating electronic beats and a chorale of serene voices surround McMorrow’s unmistakably vulnerable timbre (“Red Dust”). While the employment of tender piano melodies create the structural foundation for a percussion crescendo that defines pure artistry (“Glacier”).

“I remember my first love” – James Vincent McMorrow on “Cavalier”

McMorrow structures many of his tracks (the title track, “All Points” and “Look Out”) with soft, non-rhythmic/non-percussion instrumental beginnings that slowly develop into a full-fledged eruption of musical fruition and collaboration. It’s this type of songwriting skill that defines McMorrow’s entire sophomore album. McMorrow is not the type of artist to simply settle for your typical song verse-chorus song structure, often utilizing nontraditional structure, in which the chorus (or what we can claim to be a “chorus”) and the verses are interspersed at various locations throughout the song. His lead single “Cavalier” employs this type of nontraditional structure.

McMorrow attempts to define his own sound through song structure and technique, through unique instrumentation and through his own vocal ability…all of which are extremely effective upon culmination making Post Tropical 2014’s first real winner. Not only does the ardent passion for all things music in McMorrow’s voice remain an underlying subtlety throughout the record, which shows maturity and control (aside from specific measures where he respectively chooses to show off his dynamical range), but McMorrow also identifies where each song specifically needs to develop and fluctuate.

This is more than your average producer’s “A-B-A-B-C-B” song structure; many of the songs walk a fine line between nontraditional and through-composed structure (where no repetition of verse or chorus exists). Not only does this exemplify a high level of fastidious care, but it also portrays a strong understanding of songwriting and musical arrangement.

McMorrow also brings the audience along for what appears to be a shameless night of alcohol-induced lechery, corruption, addiction and downright misery, with his powerful lead music video for “Cavalier.” The first of a three-part music video trilogy expected from Post Tropical. (The latter two music videos being released later sometime in 2014.)

McMorrow doesn’t tell about anguish, remorse and “what could have been,” he allows you to hear it and feel it.