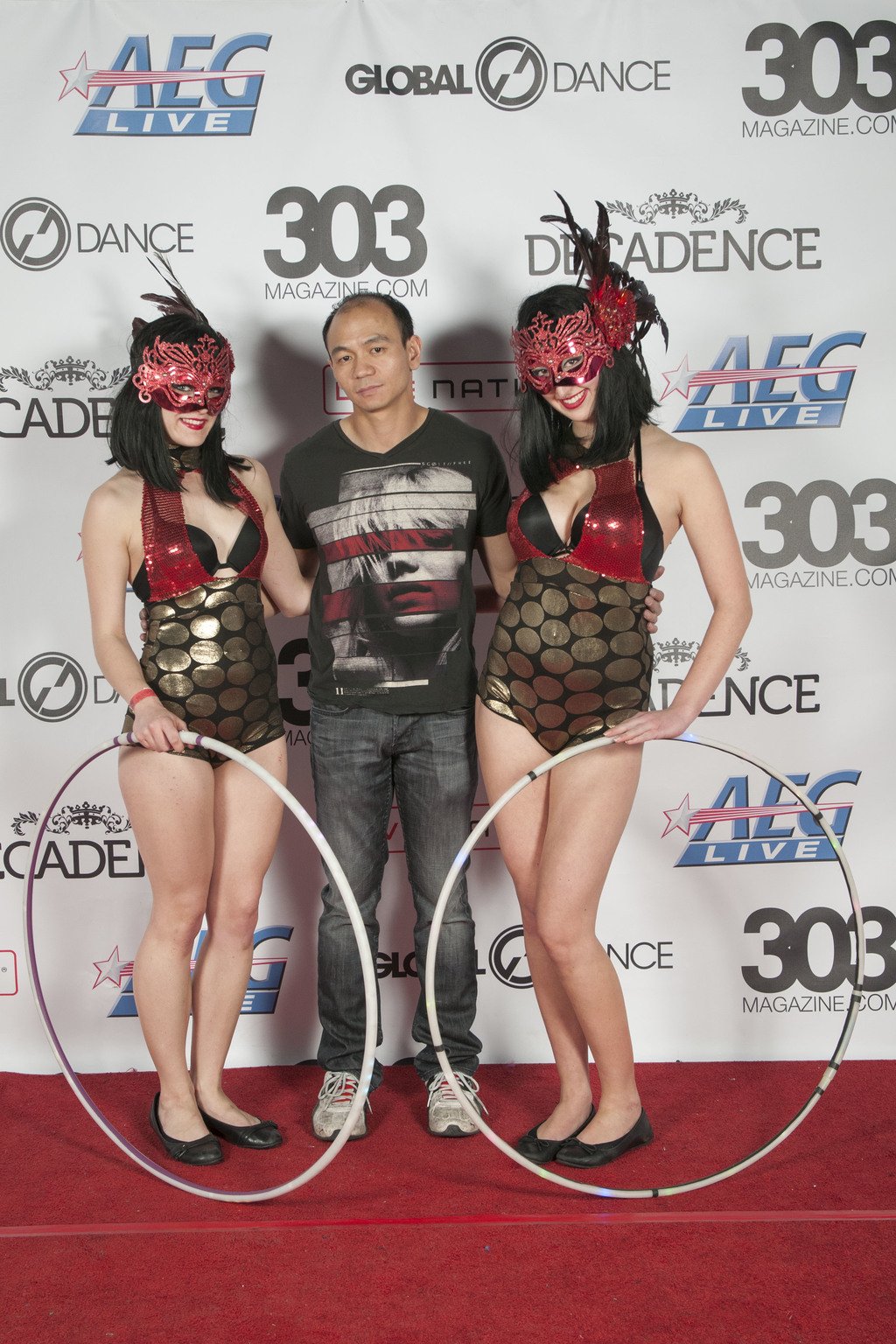 Three years ago Ha Hau had a vision. He dreamed of making the biggest New Year’s EDM event that Colorado–and the nation–had ever seen. This year, Decadence NYE became the culmination of this vision. And this dream flowered into an event that rang in the new year with some of the biggest EDM acts known to man.

Fourteen years before Decadence, Hau and John Le decided to throw a modest party at Rock Island in Denver called Winter Wonderland, neither knowing the sky-high success their promoted events would reach.

Ha founded Triad Dragons entertainment and artist group in 1999 and has managed to make Decadence NYE 2013 into the biggest EDM event in Colorado– bigger than Red Rocks electronica favorite Global Dance Festival that he and partner Kostas Kouremenos took over in 2003 while it was still “Rave on the Rocks.”

In 2013, Global Dance’s three-day event brought EDM giants like Beats Antique, Savoy, GrizMatik, Emancipator, Eoto and more. But Decadence NYE managed to bring even more artists to the bill, slated by EDM media outlets everywhere as the place to be for NYE 2013. Pretty Lights, Tiesto, Above & Beyond, Dada Life, Bassnectar, Datsik and more performed in the two day event, reminding the nation that Colorado’s music culture is a true force in the industry.

303 Magazine was fortunate enough to be a part of the event as a media sponsor and saw firsthand how both nights went off without a hitch and the festival managed to pull in crowds of over 40,000 during the two days. We caught up with innovative promoter and producer Ha Hau to discuss the secret to his success and to commend him for a job far beyond well done.

303 Magazine: Many promoters and producers attempt to throw large dance events, what is your success secret that made Decadence work so well?

Ha Hau: Denver is a unique market and you really have to understand it to cater to it properly. It’s just not as easy as one would think. I’ve watched many festivals come and go. It helps to have a massive fan base built over the years. 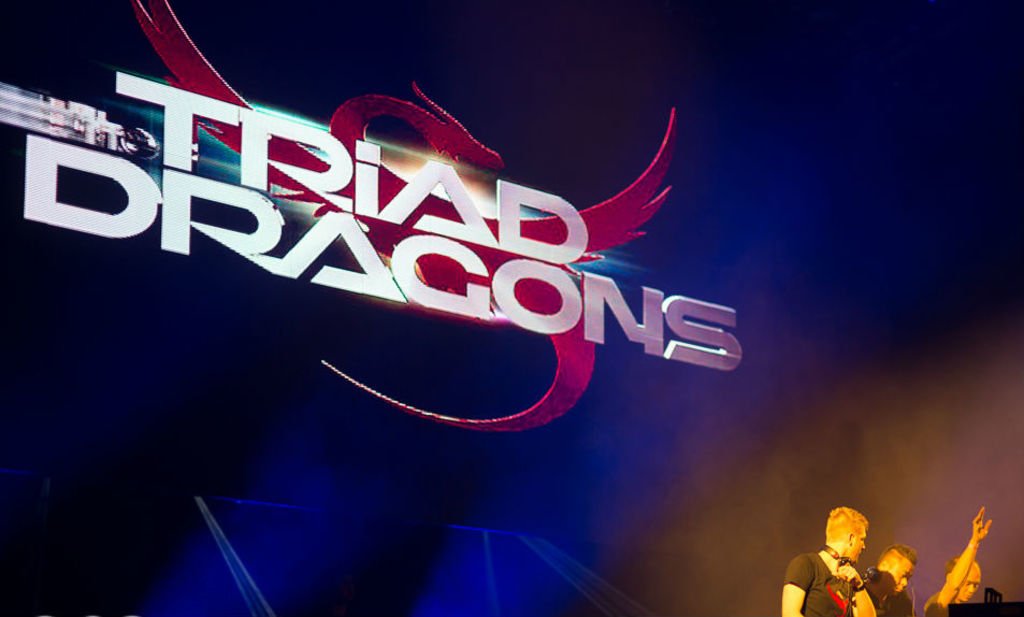 303: You founded Triad Dragons, which has been at the helm of electronic music productions for nearly a decade, how do you keep up with the changing EDM industry in order to make sure you’re continuing to stay at the forefront?

I really enjoy the music so I’m always up to date with the new sounds and styles. You also have to listen to your fans and see what they request.

Since I’m connected with them on social media, it makes it easier to see what everyone likes. You have to see the trends early to adjust your bookings since it’s usually done many months in advance.

Decadence made history becoming Colorado’s largest EDM festival ever, followed by Global Dance Festival. I’m pretty sure it was the biggest NYE dance festival in North America. It’s a cool title to have considering it’s the biggest party night of the year with so many things going on everywhere. I definitely feel good about Denver’s music scene. 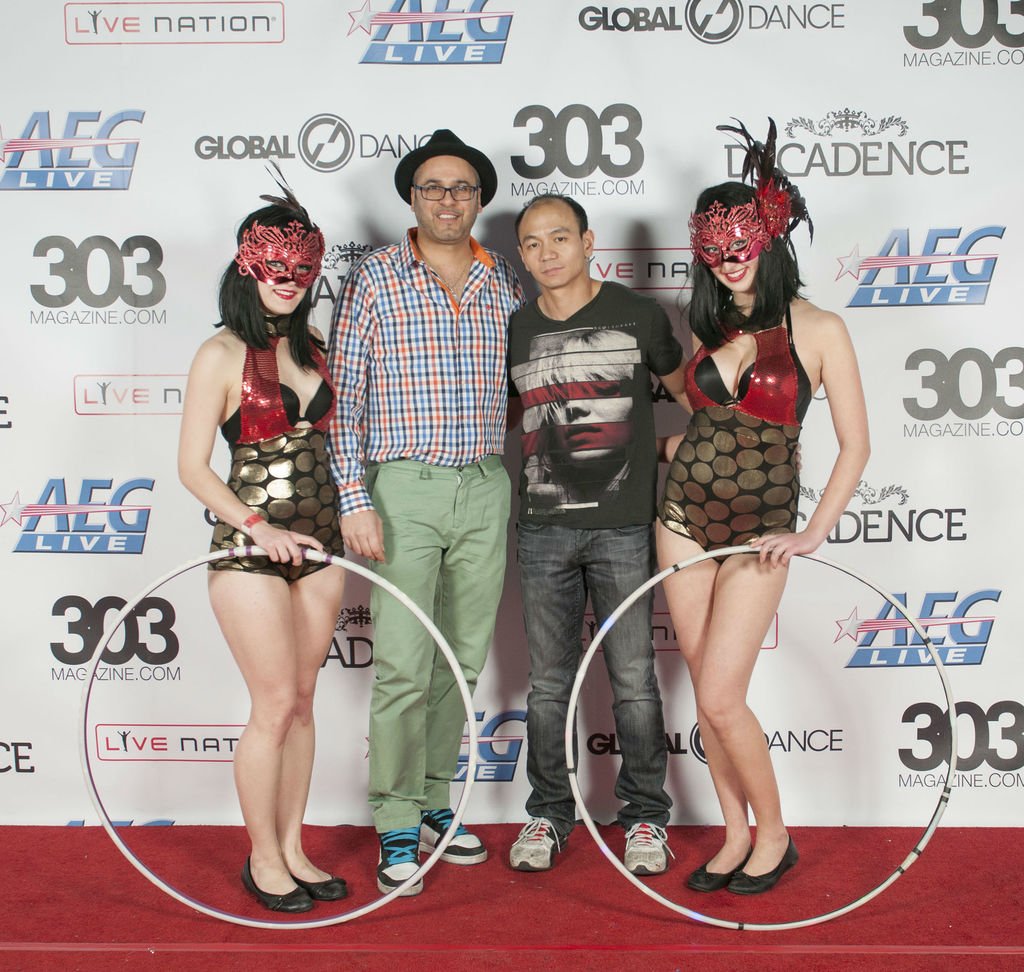 303: How did you build on last year’s event to make sure this one would be an even bigger hit?

This was always a three year plan. We just put everything we had into this 3rd year. If it worked, we continue on. If not, we call it quits. The first two years was more about establishing the festival.

This year we aimed at putting together the biggest lineup possible to attract people from all over the United States. I wanted to make Denver the destination for NYE.

303: And people came to Decadence from everywhere. What was the total attendance for each night?

303: How did you manage to get such massive artists on the bill for Decadence 2013?

AEG Live and Live Nation were involved in the process. We all put our heads together and targeted the biggest artists we could. It was a collective effort that landed a massive lineup.

303: Massive lineup is right! What would you do differently with the year’s event if given the option?

I would have gotten more artistic decor. The venue is so massive so we could always dress it up a bit more.

Armin Van Buuren at Titans of EDM at the Fillmore was my favorite set of the year. We don’t get to see him often so it was a real treat.

303: How do you make sure the best safety precautions are taken to avoid any mishaps during the event?

The water stations, of course, were a wonderful addition and appreciated by many. Safety will always be first. It’s really a group effort. The venue, security company, fire department, police, and EMT teams were all experienced and knew what to expect and how to react to medical situations. They were well prepared.

303: What should Colorado expect from the Decadence 2014? How will you possibly top the current one?

We’re going to try to go bigger and make the experience even more unforgettable.

303: What was the feedback from the artists, if any? And the Convention Center?

I think everyone from the artists, venue, staff and the fans appreciated the experience. Fans respected the facility and the staff. The artists loved the vibe and were so excited to get in front of that crowd. Overall, feedback has been overwhelmingly positive.

Decadence was a joint effort with AEG Live, Live Nation, and the Colorado Convention Center. I’m so proud to have worked with an amazing team. There were hundreds of people involved in creating an unforgettable NYE experience. Happy New Year and I hope to ring in 2015 with you all.

*303 Magazine would like to thank Ha Hau, AEG Live, Live Nation, Triad Dragons and Global Dance for throwing an unforgettable event and including us in the process. We are excited to watch Decadence grow and thrive in the future. Thank you to the artists and the fans that made this event possible and memorable! Cheers to 2014. Also check out 303’s reviews of the event as well as the spellbinding photo galleries for night one and night two.