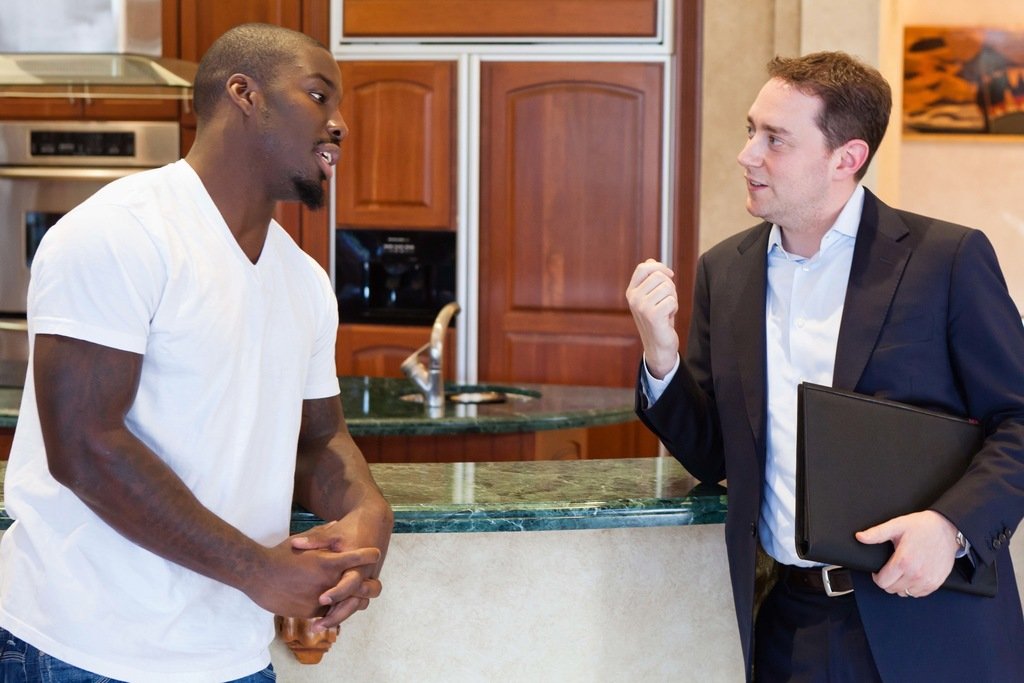 Known as the “Jerry Maguire of Real Estate,” Jason Abrams has seen it all. Selling luxury real estate to professional athletes all over the country — no request is off limits.

Abrams has clients all over the country — including Colorado. Abrams has sold luxury real estate to hometown heroes like Gabriel Landeskog [Avalanche] and Kile Quincey [former Av turned Red Wing]. The Denver Broncos also brought Abrams in this pre-season to teach a Real Estate 101 course to rookies.

“The reality is that 78% of all NFL players declare bankruptcy within 2 years of leaving the NFL” Abrams said. “It’s really an epidemic if you think about it. So the Denver Broncos are taking proactive steps to try to provide an education off the field to the guys that they are bringing in, and I give them all of the respect in the world for doing that.”

Abrams took time out of his busy (he travels 309 days a year) schedule to talk pro-athletes, real estate, and filming his HGTV show Scoring The Deal with 303 Magazine.

303 Magazine: Why do you think that real estate is a critical investment for pro-athletes as opposed to other (more flashy) things that they can afford with their salaries? 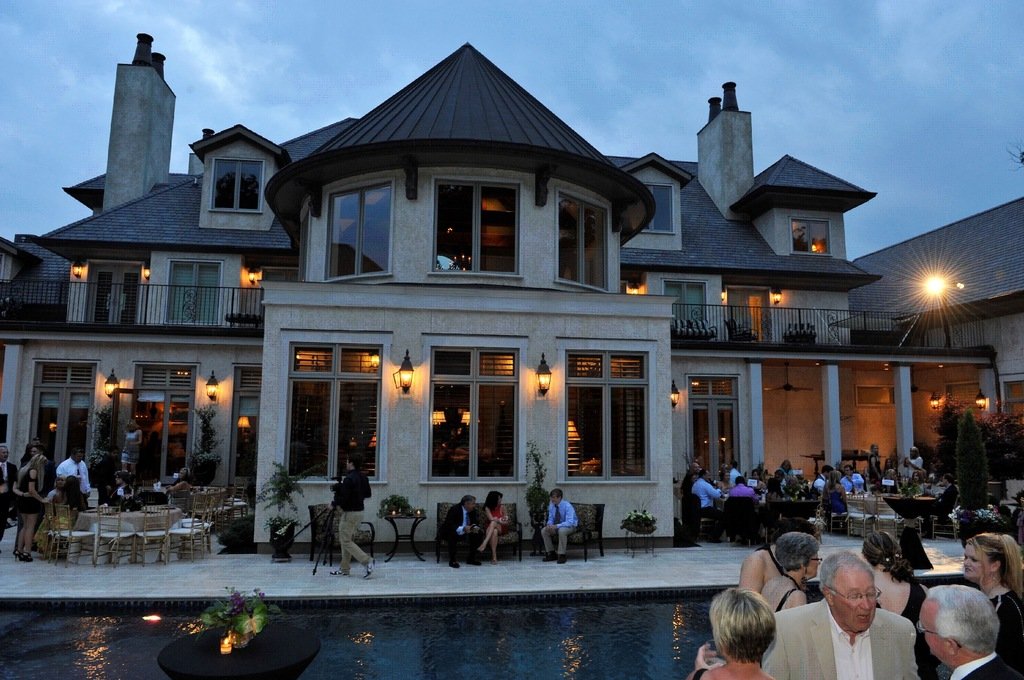 Can you talk a bit about your clients and experiences here in Denver?
This year we did the Denver Broncos Rookie Training Program where they brought us in to give real estate 101 to every rookie, which was fun and exciting. We filmed [Scoring The Deal] in Denver this year with Gabriel Landeskog, the youngest captain in the history of the NHL — we filmed that as he looked for a place to live after he signed a long term deal. And we helped Kile Quincey, former Avalanche player who ended up signing with the Detriot Red Wings but still maintains a home in Cherry Hills, because that’s where he spends the offseason.

How is the real estate market for pro-athletes in Denver?
What’s kind of neat to me about Denver is how quickly it’s changing — I think that’s the story of Denver. You guys are growing at such an enormous rate, whether it’s the light rail system or cranes popping up from all of the new buildings.

If it wasn’t so dry I would live there. It was funny, the last time I was in Colorado I woke up with a nosebleed every morning. And everyone was like: “Oh yeah that’s normal.”

I think the luxury rental market in Denver is really difficult. I don’t think there’s nearly enough luxury units. There are a lot of really average places to rent, but when we are really looking for a luxury place for an athlete to rent, there’s way too few on the market.

How has filming HGTV’s Scoring the Deal changed your everyday job?
You know it really hasn’t — it’s kind of a fly on the wall during my everyday job. Our show is true to life in that it’s in real time. When we show up to meet a client they are usually living in a hotel, and then we find them a place to live. If it was scripted it would be a much easier show to do.

How is working with pro-athletes different than normal people when it comes to real estate?
Their size. Our clients are large in their careers and also large in stature.

Imagine if you didn’t fit into half the bathtubs in the world. Or if 90% of the shower heads came up to your chest, your clothes were constantly hitting the shelves below your closet, you had to duck every time you went through a door, or if you had to bend down every time to brush your teeth. Well you get it. It’s terrible! No one wants to feel like they don’t fit in their own house.

What would you say is the craziest  pro-athlete real estate request you have ever gotten?
You know I get asked regularly for exotic dancing poles, that’s a pretty common one in my world. We just did someone’s bedroom wallpaper in black leather, which my mom would not have chosen.

If we are lucky enough to get them for their entire career the requests change as their lives do — from shark tanks to nursery rooms. We say that everyone goes through the “black leather couch phase”.

What advice would you give  young not pro-athletes about starting off real estate on the right foot?
I would tell everybody not to buy a house. 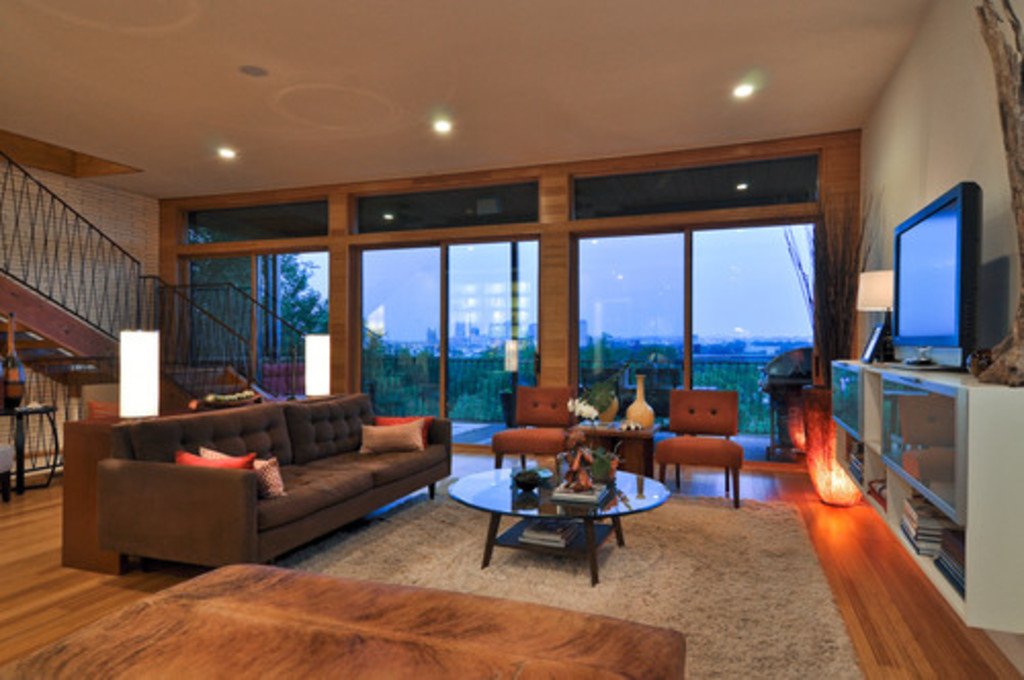 Younger people always say to me: “I feel like I am throwing my money away renting.”

I really don’t think you are throwing your money away –I think you are buying freedom on a monthly basis. Owning a home is a serious thing, and really shouldn’t be done until you have a 5-7 year horizon of stability.

So landing a show on HGTV and working with A-list athletes, it sounds like you’re doing pretty awesome. What goals or aspirations do you have for 2014 and the next few years?
I would love to be able to change a diaper one handed. I am really working on being a good dad, trying really really hard at that right now.