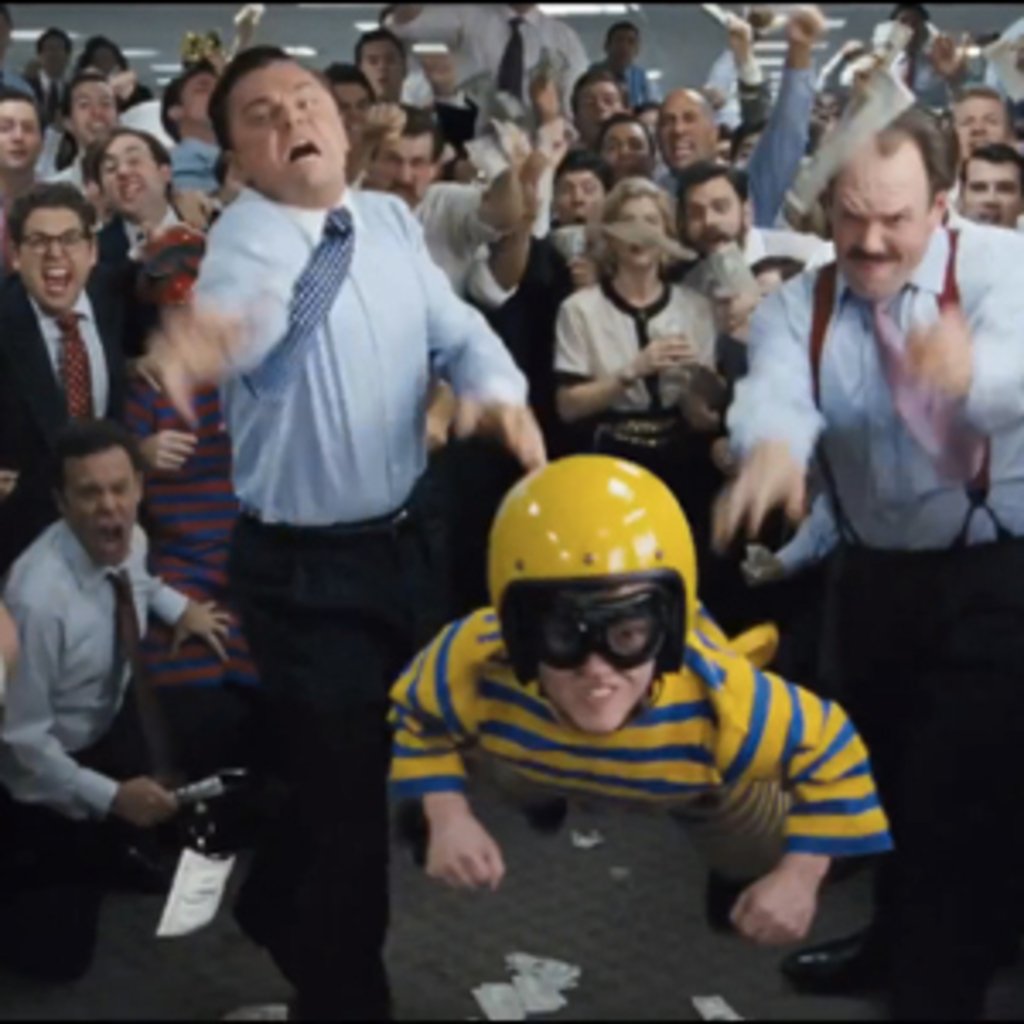 THE WOLF OF WALL STREET
Courtesy of Paramount Pictures

“I was born with a gift to persuade people, to lead,” Jordan Belfort (Leonardo DiCaprio) claims in one of his many one-liners in Martin Scorsese’s lurid new movie, The Wolf of Wall Street. This outrageous, sickening and highly-entertaining film traces the meteoric rise and fall of a stock-market conman, Belfort, from peddling penny-stocks to poor folks to handling IPOs on the street for a well known fashion shoe company. Oh and there’s lot of drugs and debauchery thrown in too as in evidence in the photo above where the Wall Street mavericks are blowing off some steam with midget tossing, or whatever heinous thing they call it. These depraved dirt-bags have moved up the ladder from ripping off regular folks to ripping off the rich from all over the world. Welcome to the 80’s.

For a supposed cautionary tale about the criminals and thieves who are looting the American Dream from the working class, The Wolf of Wall Street really paints Belfort and his co-conspirators in a flattering light – these guys are the new rock-stars of the 80’s/early 90’s. They have supplanted the musical gods who strode off-stage and onto the Sunset Strip throwing tvs outta hotel windows and putting seafood in places that it doesn’t belong (looking at you Bonzo). The mega-rich traders, like Belfort, are lauded on cringe-inducing-yet-highly-popular Reagan America shows like Lifestyles of the Rich and Famous. Still to this day, these “wizards of Wall Street” are venerated as heroes and “job creators” for the extreme piles of money they vacuum up out of the working world into the 1% world of summer homes, helicopters and mounds of drugs, women and more drugs.

Some want to call this a modern riff on Scorsese’s classic Goodfellas but for my money it’s more like his 80’s low-key, antic gem After Hours crossed with David Mamet’s Glengarry Glen Ross, because the true heart of this movie lies in the art of the sale *. “The difference between rape and seduction is salesmanship” – a quote I once saw on a sign in a vintage clothing store in the Highlands. This movie is one long, Bollywood-length riff on that theme. Many will be turned away by these despicable creatures who sit at the top of the heap in this country, still to this day only a few years after they nearly derailed the world economy with their avarice and greed. Many will revel in the scandalous behavior as portrayed by Belfort’s right hand man Donnie Azoff (brilliant turn by Jonah Hill, complete with huge glasses and a big, white grill in his mouth) and Belfort’s first mentor Mark Hanna (the ubiquitous and marvelous Matthew McConaughey waxing poetically about the mental benefits of snapping one off several times a day).

When it’s all over, you feel spent. You feel like you’ve been out on a three-day binge and the luudes (of which this movie showcases like no other film since the late 70’s) have worn off. The lights are glaring above you when you hear “You don’t have to go home but you can’t stay here.” The Party is Over, the crooks get arrested and the Football Coach from Friday Night Lights swoops in to save the day for America. Or does he? One look at the headlines show that these Wall Street superheroes are right back to record profits and all-time highs on NYSE. The Belforts of the world keep on winning while the working man can only live vicariously through digital pictures. Well, at least we have the Kardashians to keep us entertained with their shenanigans. * – read Influence, The Psychology of Persuasion by Dr. Robert Cialdini or Coercion, by Douglas Rushkoff, for further research into the how’s and why’s of how salesmanship seduces us. 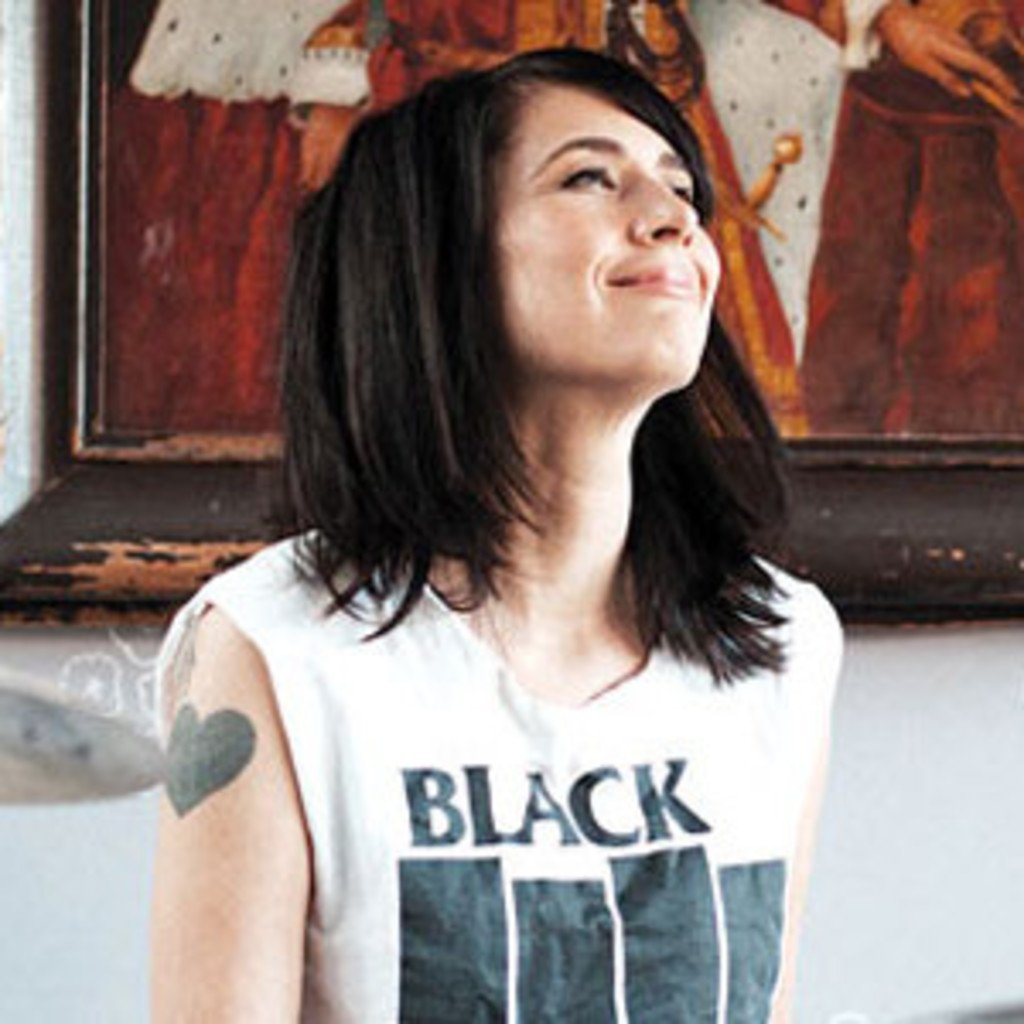 The Punk Singer is a highly-engaging and fascinating look at the life of punk singer Kathleen Hanna. Hanna was one of the linchpins in the early 90’s (remember those days?) of the riot grrrl music movement as the lead singer of  Bikini Kill. Riot grrrl was not your typical feminist take on music like the Lilith Fair, no, it was an in-your-face, punk as hell movement of empowerment and a defiant middle-finger to the male-dominated musical world. With extensive interviews with Hanna and copious amounts of live footage and musical performances, The Punk Singer is wild ride through Hanna’s life.

She begins her artistic career in art & zines which leads to punk bands and slowly finding her voice through performing life. She befriends a young, blonde musician who she coins the phrase “Smells Like Teen Spirit” for, maybe you’ve heard of him. The documentary includes loads of interviews with contemporary musicians and writers who expound at length about Hanna’s influence not only with Bikini Kill but also her highly influential dance-punk band Le Tigre and solo gig Julie Ruin. Her husband, Beastie Boy Adam Horovitz, is also interviewed extensively, shedding light on some of the troubles and trauma that Hanna dealt with behind close doors, like her recent revelation of battling late-stage Lyme’s disease, which had ended her stage career and nearly took her own life.

The documentary is showing at the Sie Film Center all week. Time and ticket info HERE 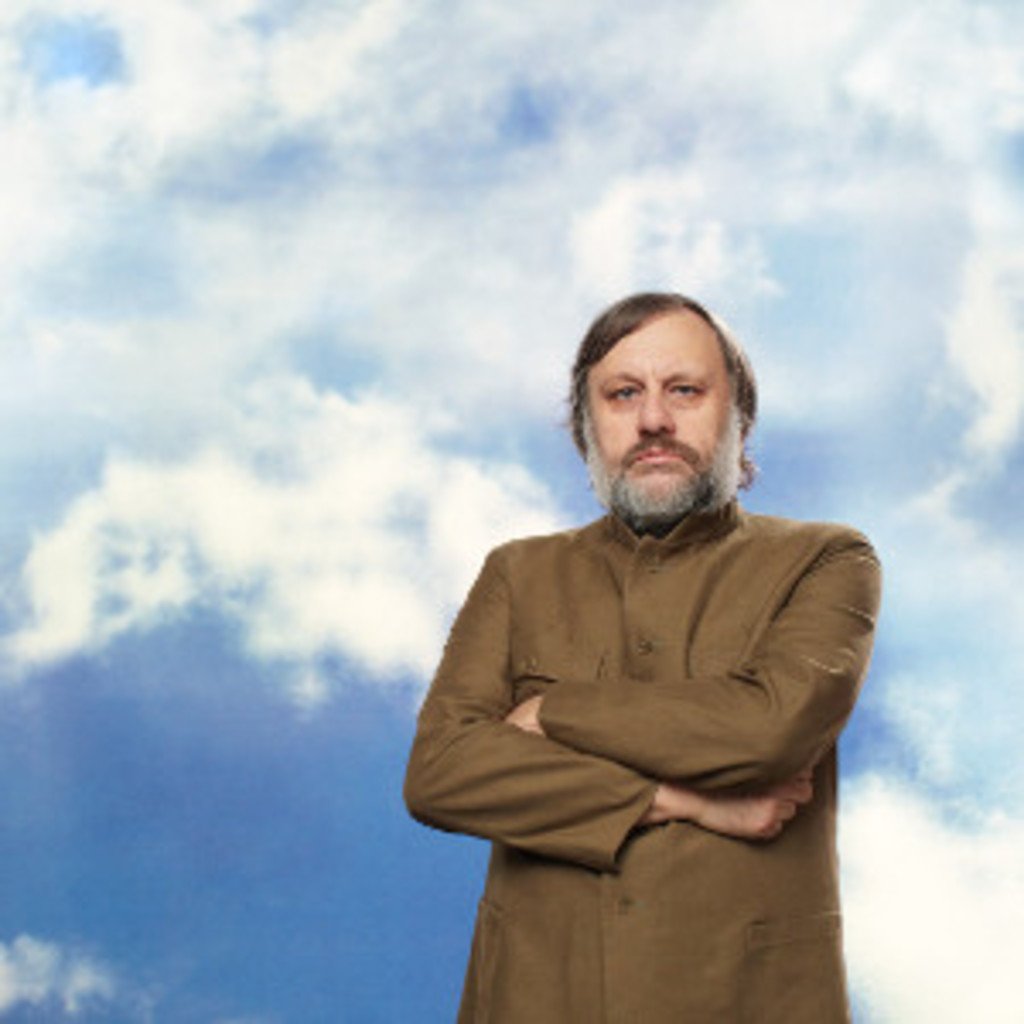 THE PERVERT’S GUIDE TO IDEOLOGY
Courtesy of Zeigeist Films

Slavoj Zizek’s new film, The Pervert’s Guide to Ideology is a fascinating examination of one of America/capitalism’s great secrets – the promotion of ideology that doesn’t feel like propaganda. Zizek is a cultural theorist and philosopher who is one of the most original thinkers of our day. He has written over fifty books on a wide range of topics from Lacan to Marxism to Jesus and The Matrix. He consistently offers up penetrating thoughts on the many hypocrisies and unfreedoms inherent within capitalism as only a good Communist could do. Zizek teams up again with director Sophie Fiennes (Zizek!, Examined Life & The Pervert’s Guide to Cinema) to bring his ideas to life up on the big screen. He discusses a wide range of films – The Sound of Music, Taxi Driver, Dark Knight & They Live – to reveal the hidden ideology underneath the cinematic fictions. This is heady stuff that will force your mind to tackle concepts that are not part of the discourse of American Exceptionalism. Go see this movie, read a few of Zizek’s books (start with a small one like First as Tragedy, Then as Farce) and draw your own conclusions.

* – I will note that I’ve long been an admirer of Zizek. While I do not always agree with him, I treasure his valuable insights, especially the ones that challenge my preconceived notions. That being said I will give one caveat about Zizek – it can be tough at first to fully understand his English so I implore you to have a little patience, you will be able to pick up his accent fairly quickly.

It also opens at the Sie Film Center today, click HERE for tickets and to view the trailer.

There’s loads of great movies still at the theaters along with some Hollywood stuff too. As always, be nice to each other and have fun at the movies.